Controversy over Bristol University Professor Steven Greer's 'Islamophobia': Why Critical Discussion of Islamic Tradition Should Not Be Snubbed

A Bristol university professor, Steven Greer, is under investigation for allegedly referring to Islamophobic content in his lectures. Greer, a long-time professor of human rights, apparently gave ‘Islamic’ examples to facilitate student understanding on issues such as freedom of expression, freedom of thought and conscience, position of non-Muslims and other minorities within Muslim societies, among others. Muslim students have lodged a complaint against him to the university authorities, arguing that Professor Greer is anti-Muslim, divisive and bigoted. They are demanding an apology from him and the university authorities for allowing him to continue to teach despite earlier complaints of a similar nature against him. 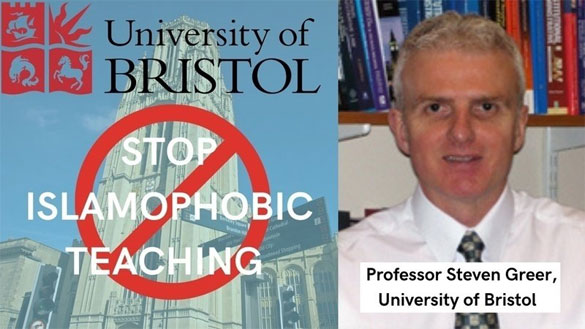 As it often happens in such cases, we only hear one side of the story, in this case from the Muslim students. Professor Greer has been barred by the university to speak in his defence as the matter is under investigation. However, it is apparent that even this one-sided story is deeply problematic and a threat to university spaces which should be an arena of free and fair discussion. It appears that the students’ criticism is motivated by a desire to curb any discussion of problematic Muslim issues, in the name of countering Islamophobia and racism. 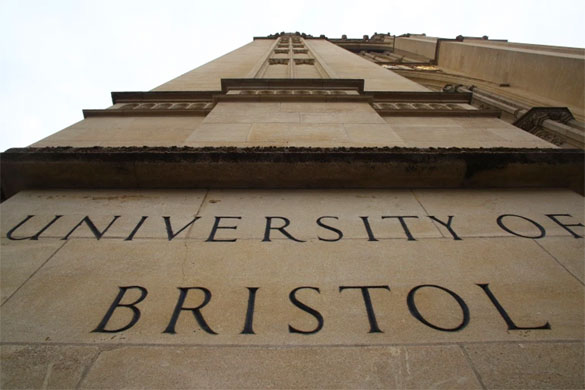 The law professor rejects the accusations but was unable to comment while an investigation was ongoing [File: Geoff Caddick/AFP]

Before understanding the substance of Muslim students’ opposition, it is important to see the location of this university professor. He has been teaching this particular course for a long time and is an accomplished intellectual in his field. He has published extensively in the area of human rights, international law and Islam. As such, he is well qualified to teach such a course. The student body should not have any right to question his academic credentials. It is entirely possible that some students may not like some of his interpretations or the kind of examples that he might be citing but then they must realise that he should have the full freedom to do so. Especially within classroom situations, a teacher must have the inalienable right to express herself freely and in the way that she likes. The curtailment of that academic freedom is the very negation of political freedom itself. The students who are protesting against this professor do not realise that in the long run, they are curbing free society itself. But then, are these students really interested in safeguarding and extending that freedom or are they motivated by some other agenda?

The complaint against Professor Greer was made by the Muslim student body called the University of Bristol Islamic Society (BRISOC). The group encourages God consciousness, facilitates Muslim students by advising them on appropriate places to eat, find accommodation, etc. It educates Muslims about the necessity of being ‘Islamic’ at all times and one of the ways of doing so, it argues, is through gender segregation. Although it claims to represent the diversity of Muslim experience, it appears that the group is closer to a particular interpretation of Islam which can safely be called fundamentalist.

The campaign against Professor Greer has also been led by the Federation of Students Islamic Societies (FOSIS), an umbrella organization of Muslim student groups in the United Kingdom. Started in 1963, FOSIS is perhaps the first Muslim support group to become operative in that part of the world. The group’s philosophy is about faith-based activism which it defines as a ‘transformative journey of progression in faith, skills and habits to become comprehensive Muslims, living to further the cause of Allah’. One of the prominent faces in this forum was Ahmed Deedat, the South African writer and speaker of Indian descent, and who made a name for himself by entering into ceaseless polemics with the Christians.

Indians who are familiar with the work of Zakir Naik will recognise Deedat for the immense harm that such people have caused to inter-religious understanding. Rather than entering into a dialogue with one another, Deedat repeatedly trashed Christianity as a religion which was now superseded by Islam; the implication being that all of them should now become Muslims. Similarly, he has written against Hindu religious beliefs, denigrating them, without in fact understanding much of its philosophy.

Deedat supported the fatwa against Salman Rushdie and was sympathetic to the views of Osama bin Laden. In fact, his dawah centre was funded by the bin Laden family. It’s not surprising, therefore, that he was awarded the King Faisal International Prize for his missionary work. In calling people like Deedat to their forum, the ideological orientation of groups like FOSIS becomes clear. And this orientation seems to come from a Wahabi-inspired ideology which wants Islam to become the ruling idea of the world.

The criticism and censure of Professor Greer is, therefore, not from all Muslims but from Muslim groups which have a distinct political agenda. Most Muslims will not have a problem if a professor, in the wake of a discussion on polygamy and human rights, gives examples from the Islamic society.

In opposing Professor Greer, what are Muslim groups like BRISOC and FOSIS saying? That polygamy does not exist or is not theologically sanctioned within much of the Islamic world? In the name of fighting Islamophobia and discrimination, they basically want to stop any critical discussion of the Islamic tradition, both from within and without. This is typical of the right-wing strategy with which we have become familiar in India. It is unfortunate that such right-wing Muslim tendencies are not being called out for what they are. Muslims themselves must fight against such tendencies, for it is they who will be the ultimate sufferers if this is not challenged.