For a community that is often portrayed as aggressive and pugitive, New Atheism has recently been on the back foot, defending itself from claims dreamt up by those who should – and, surely, in many cases do – know better.

This time round, the scientific and intellectual elite of Sam Harris, Richard Dawkins and the late Christopher Hitchens have found themselves accused of Islamophobia. The whole sorry saga was conveniently summarised in last Friday’s Independent. In short, recent pieces at salon.com and on Al Jazeera’s website have argued, in the words of columnist Murtaza Hussain that the likes of these prominent atheists are giving a veneer of scientific respectability to today’s Islamophobic bigotry. 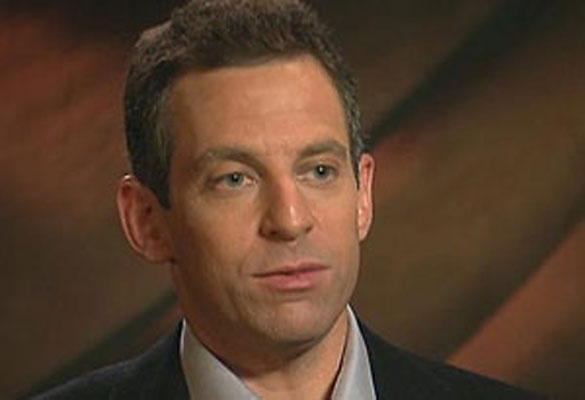 Author Sam Harris, whose work is central to the Islamophobia allegations.

Sam Harris is accused of advocating pre-emptive nuclear strikes on Muslims and the profiling of those who merely look like Muslims. Richard Dawkins has come under attack from calling Islam “the greatest force for evil today” and the late Christopher Hitchens has been described as having a bloodlust towards Muslims.

But, sadly, nuance and allegations of bigotry make strange bedfellows. Take Sam Harris. His 2003 book End of Faith catalogues the Qur’an’s long list of orders to murder and exhortations to avenge. He imagines a radical Islamist state acquiring long range nuclear weaponry, thus able to vent its rage against the west. Add in the possibility that it’s headed by an avowedly suicidal regime and nuclear deterrence becomes a worthless currency. Harris anticipates the possibility that in that situation the US may find itself having to press the button first. But it’s a scenario he hardly welcomes.

Surely, rational discourse should be permitted to tiptoe cautiously along the hallowed corridors of the house of Islam without the guards frog marching it out, bellowing allegations of racism and bigotry. Cannot we not agree that the real issue is whether the critiques of Islam proffered by today’s prominent atheists are correct? For instance, does Islam fall short when it comes to women’s rights? Does it trample free speech while enforcing its own precepts, by the sword if necessary? By all means, apologists may disagree with the likes of Harris and biologist Jerry Coyne. But what signal is sent by a refusal to permit the issues to be even debated?

One can dream up allegations about any religion that are so obscene that no believer should be expected to respond. But take the suggestion that Islam has some way to go before it promotes gay rights beyond the level of a misnomer. Or that its holy book, taken literally, demands an embrace of violence and reprisals that wouldn’t be tolerated by any humanist ethos.

These allegations, on their face, are wholly consistent with observation. What’s more, its tenets and precepts have real consequences and repercussions for all of us. What is it that leads apologists and liberal writers to nevertheless consider that Islam shouldn’t have to answer these charges, and that those who bring them are merely dressing their bigotry in a cloak of intellectualism? Biologist Jerry Coyne puts it this way:

“Critics of the New Atheists are free to take issue with their tone, but to dismiss them without addressing the substance of their arguments constitutes an implicit admission that they just might have a point.” You can see his point. Plenty of Catholics, Jehovah’s Witnesses and Anglicans surely feel aggrieved when their god is put under the microscope and found to be the product of unintelligent design. They challenge both what is said and, increasingly these days, the way it’s said. But they hardly consider that their faith is immune from suitable criticism. For Islam to claim special treatment is to imply that it’s unable to withstand such analysis.

We are used to seeing Muslim spokespersons choosing the aftermath of a terrorist attack carried out in the Prophet’s name to practise mealy-mouthed equivocation at the price of heartfelt sympathy. Then again, many moderate Muslims are at the front of the queue deploring much that is done in the name of their faith.

We are under no compunction to pretend that the terrorist doesn’t exist anymore than to deny the abundance of moderate Muslims. But the atheist community will not be bullied by lazy allegations of bigotry leveled against those who point that a religion that harbours such extremes has some explaining to do. Nor, thankfully, is Sam Harris. Within the last few days he has defended himself, explaining that religions that pose the greatest threat deserve to be analysed more carefully than others.

Of course, part of the difficulty here is a definitional one. Islam isn’t a race, so to accuse its detractors of racism should appeal to no-one bar those in need of an cheap jibe. Indeed, today’s New Atheism is no less critical of white Muslim converts than their Middle Eastern brethren.

And to resort to the tag “Islamophobia” is justified only if you adapt a bizarre definition of the word that is satisfied merely if the religion is held up to scrutiny, rather than its people being held up to prejudice.

But perhaps there’s another word for what today’s New Atheists have been saying. Maybe they’re just plain wrong.

But until civilised debate is permitted, perhaps we’ll never know.