Why Are the Subcontinental Ulema Angry with the Saudis?

Establishment of Cinema Halls in Medina Is Riling the Conservatives

1.    Indian and Pakistani clerics have started a campaign to paint the current Saudi government as anti-Islamic and as agents of Jews and Christians.

2.    The Deobandis, Nadwis and Barelwis, despite their internal differences are united in this opposition to the current Saudi regime.

3.    These Ulama have always prioritized issues which have ultimately harmed not just the Muslims but also the country at large.

As part of its Vision 2030, the Saudi government has announced plans to boost tourism and infrastructure in the Kingdom. The long-term objective is to reduce its dependence on oil revenues and emerge as a financial hub. Many cities, including Mecca and Medina, are being re-developed with a view to attract tourists which would require recreational facilities as well.

Mecca and Medina are considered two of the holiest cities across the Muslim world for their association with Prophet Muhammad as well as early history of Islam. Muhammad bin Salman, the crown prince, seems to have overlooked the effect of his modernizing blitzkrieg on the Muslim clergy across the world. Already, the Ulama in India and Pakistan have started a campaign which paints the current Saudi government as anti-Islamic and as agents of Jews and Christians. Some of them have been close to the Saudi establishment earlier. Their anger is directed against one particular project: the establishment of nearly 10 cinema halls in Medina, the final resting place of Prophet Muhammad. Although the Saudi government has clarified that the proposed mall which will house the cinema halls are outside the non-permissible limits (Hudood e Haram), the Indian and Pakistani Ulama are in no mood to relent. 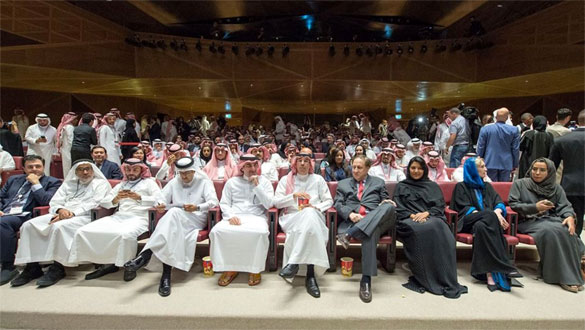 Expressing regret over the report of building of 10 cinemas in Medina, one of the holiest cities of Islam, Shaykh al-Hadith and Darul Uloom Karachi Vice President Mufti Muhammed Taqi Usmani said Inna Lillahi wa inna ilayhi raji’un, (Verily we belong to Allah and verily to Him do we return).

The first to raise the banner of revolt was Muhamad Taqi Usmani, a senior Deobandi cleric of Pakistan. Usmani is notorious for his role in casting out the Ahmadi Muslims from the fold of Islam. He was also an important contributor to the inhuman Hudood ordinance which was enacted during the Zia ul Haq regime. It is unbelievable but true that this man received the Sitara e Imtiaz, the third highest civilian award, for public service, in Pakistan. In this tweet earlier this month, he insinuated the death of the ‘Islamic republic of Saudi Arabia’ and quoted part of the verse 11:78 of the Quran, “is there not among you even one right-minded man?”

Not to be left behind, the Indian Ulama, have started their own campaigns against the proposed mall complex in Medina. Salman Nadwi, associated with the famous Nadwatul Ulama in Lucknow, made this impassioned video in which he denounced the Saudi monarchy as dancing to the tunes of the wicked Zionists (Sahyuni) and immoral cross bearers (Salibi). Apart from taking potshots at other Ulama who are ‘silent’ on the issue, an important purpose of video is to prove to the Muslim world that the Saudi monarchy should no longer be treated as the custodian of Islam. Egging on the ambition of Turkish president Erdogan, he goes on to say that it is time that the Turks reclaim the holy cities of Mecca and Medina as they had done once.

Salman Nadwi is a curious character. He is the same person who wrote to Abu Bakar al-Baghdadi, the deceased ISIS chief, congratulating him and pledging his loyalty. In the same letter, he promised to raise a force of 50 thousand Indian Muslims who would be ready to sacrifice for the sake of the Islamic caliphate. It is very strange that when people were being arrested for random tweets in India, this man was allowed to go scot-free. His proximity to the state can be gauged from the fact that he was later roped in by the government to find an out of court solution to the Babri dispute, along with Sri Sri Ravi Shankar.

Nadwi comes from a family which was instrumental in establishing the Muslim World League in 1962, a Saudi government arm through which it exported its Wahhabism to the wider Muslim world. As such they have traditionally been the loyalists of the Saud family. How should one then understand Nadwi’s acerbic assault on the Saudi government?

Partly the reason seems to be the changing geo-politics of the region. With Iran and Turkey jostling to become new religious authorities within the Muslim world, the Saudis have increasingly become reliant on Israel which has drawn criticism from the Ulama. It seems that Nadwi is plugging himself in this new equation. Since the Iranians are Shia, he seems to have pinned his hopes on getting some recognition from the Turkish establishment.

Not to be left behind, the Mumbai based Barelwi platform, Raza Academy, held a demonstration against the Saudi government. Traditionally the Barelwis have never been enamored by the glitz of Saudis. They have accused the Saudis of exporting Wahhabism, an interpretation of Islam, which according to the Barelwis, is un-Islamic. They are elated that whatever they were saying about the Wahhabis has now come true!

The Nadwis, Deobandis and the Barelwis, despite their differences are united on this issue. They are united in protesting over an issue which normally should be the concern of Saudi Arabia. In the Indian context, one of the accusations levelled against Muslims by the Hindu right is that their identification is more with the Islamic world rather than their own country. It is as if these Ulama are hell bent are proving such right wingers right by putting out videos and holding demonstrations against the Saudis. 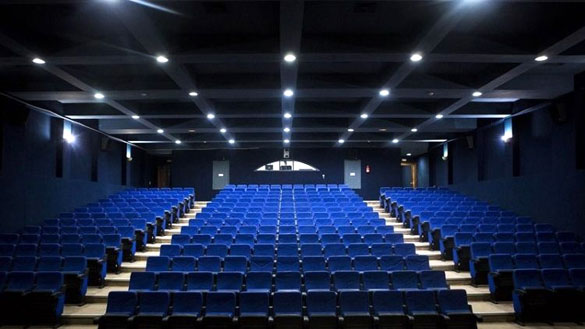 One can even concede that there is nothing wrong in protesting against a foreign country. But to make it a life and death issue for all Muslims is a bit too much. Certainly, the establishment of cinema halls cannot pose a danger to centuries of Islamic tradition. And if indeed it is the case, then what is point of having such a frail religion? There are multiple problems that the Indian Muslim is beset with. Why is it that these custodians of Muslims do not utter a word about it?

It is fair to say that the subcontinental Ulama have never quite appreciated any form of modernization, unless of course, it is beneficial to them. The opposition to Muhammad bin Salman is therefore not just because of pragmatic considerations but also due to deeper ideological reasons.

The subcontinental Ulama have been the bane of Muslims in this part of the world. They have prioritized issues which have ultimately harmed not just Muslims but also the country at large. From banning books to shutting down cinema houses in Srinagar, there actions have painted the Muslims as a community which is inherently hostile to any signs of modernity.