By Tariq A. Al Maeena

Earlier this month, a bomb blast ripped through a World War I commemoration event being attended by Western diplomats in the city of Jeddah. Diplomats from France, Greece, Italy, Britain, and the United States were in attendance to observe the Armistice Day commemoration ceremony in the Red Sea port city.

The blast left two people wounded and many others dazed at what had just transpired. Less than a month earlier, a security guard at the French consulate in Jeddah was wounded by a knife-wielding Saudi citizen.

Saudi Arabia which does not tolerate any form of terrorism set its security apparatus immediately to work to ferret out those responsible for the attack. The area surrounding the blast was immediately cordoned off and a house to house manhunt was set in motion to catch the perpetrators.

The Saudi Crown Prince was very explicit in his statement that the state would spare no efforts to track down the perpetrators. In an address to the Shoura Council after the attack, he pledged that “We will continue to strike with an iron fist against all those who want to harm our security and stability.” 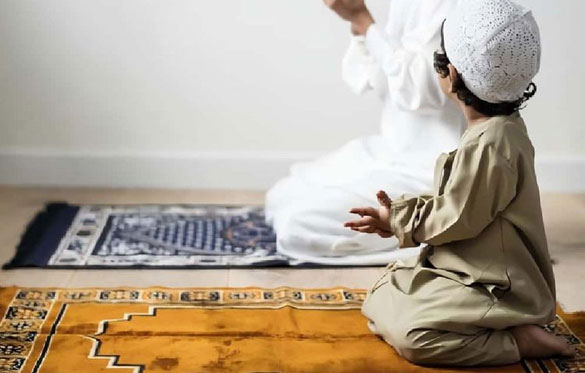 The blast was apparently triggered by cartoons offensively depicting the Prophet (PBUH) in the French satirical magazine Charlie Hebdo. The cartoons had first appeared in a Danish daily, Jyllands-Posten. Charlie Hebdo reprinted them in 2006, angering Muslims in France and across the world, leading the magazine’s offices to be firebombed in November 2011 when it published a provocative cartoon of the Prophet. In 2015, a group of gunmen attacked the newspaper’s offices in Paris and massacred 12 people, including some of the country’s most celebrated cartoonists.

French President Macron has been vigorous on the world stage in his defence of the right to publish the offensively-viewed cartoons to Muslims in the name of free speech. He also hosted a summit of European leaders to plan an effective and joint approach to combating what he termed as “Islamist radicalism” following a shooting rampage in Vienna that left four people dead.

All this aside, where does it leave Muslims today? Are we better off reacting the way we do when anyone slurs our religion by taking off to the streets, burning buildings or flags, or worse, targeting and killing people? The Prophet (PBUH) would never allow such actions. He would not allow Muslims to behave with violence towards others.

Al-Azhar University grand Imam, Sheikh Ahmad al-Tayeb, had condemned the beheading of Samuel Paty, the French teacher, and a later knife attack that killed three people in Nice as “heinous terrorist attacks” that contradict Islam. Coming from the head of an institution widely considered as Sunni Islam’s foremost Centre to issue religious rulings, Al-Tayeb cautioned however that using free speech as a justification to insult religions was an “invitation to hatred.”

And that is exactly what the enemies of Islam want. To drive us to the point of hate where we take the law into our own hands. They know the trigger point where some of us strike in the name of Islam -- all contrary to the teachings of Islam.

Muslims need to wise up. They need to make their point through dialectics and dialogue. The Islamic community can work through the system and pass laws to squelch Islamophobia everywhere instead of resorting to violence or uselessly marching on the streets.

Islam can never be demeaned by words or deeds, regardless of what the detractors may attempt. All it does is drive a wedge.

Let us hold high the memory of the one we hold dear to our hearts.

Tariq A. Al Maeena is a Saudi socio-political commentator. He lives in Jeddah, Saudi Arabia. \