Blessings of Saudi Arabia — I: Hussein ibn Ali al-Hashimi the Sharif and Emir Of Mecca Played His Part To Bring Muslim Glory To Its Knees For The First Time In 1,300 Years 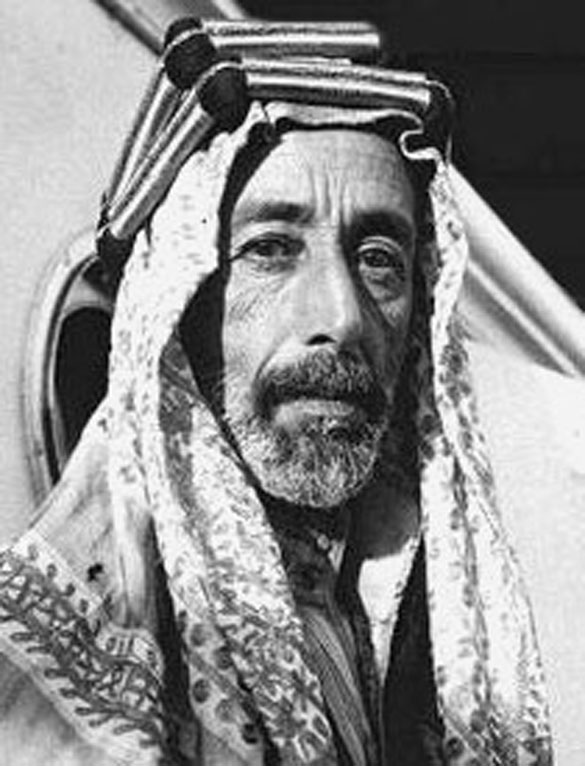 Saudi Arabia is the Muslim heartland by virtue of its status as birthplace of Islam, land of the Holy Prophet (PBUH) and the site of the holy cities of Mecca and Medina. After the fall of the Ottoman Empire, Saudi Arabia emerged as a new Muslim leader and since then it has been enjoying great respect among the Muslim Ummah (community) around the globe. Being a leader, it carries the huge responsibility of integrating, shaping and leading the Muslims of the contemporary world but this leadership role has been seriously dubious and questionable since Saudi Arabia assumed this role after World War I.

Owing to the respect and status it carries in the Muslim world, especially in Pakistan, not much has been written or spoken on this dubious leadership role until the recent Saudi attack on Yemen, which has been massively criticised in the Muslim world, including Pakistan. However, this is not the first time that in pursuit of its personal interests and benefits, Saudi Arabia has brought suffering to fellow Muslims and their homelands. In fact the whole of the 20th century is full of selfish geopolitical Saudi policies that have played a vital role in taking Muslims to today’s miserable position. Ironically, not many of us are aware of these ‘blessings’ of Saudi Arabian policies. In this article I will discuss major events of the 20th century by which Saudi Arabia has caused huge damage to the Muslim world for its vested interests. In this regard, in my first article here, I will start from World War I, the point of the rise of Saudi Arabia.

During World War I, the Ottomans decided to become allies of Germany against the UK, France and Russia. At that time, Hussein ibn Ali al-Hashimi was the Sharif and emir of Mecca, and was unhappy with the Ottomans mainly due to the rise of Turkish nationalism. Sharif, directly appointed by the Ottoman Sultan, initially allied with the Ottomans but later started secret negotiations with the UK to defect. Secret negotiations were conducted through a series of letters between Sharif and the British High Commissioner in Egypt, Henry McMahon. In the letters, the UK assured Sharif of recognising Arab independence after World War I and Sharif as leader of Saudi Arabia, in exchange for the revolt against the Ottomans in the Middle East. The area of a future independent Arab kingdom was also identified and Sharif was assured that the limits and boundaries of his kingdom and other Middle Eastern nations would be determined as proposed by Sharif. However, these letters did not mention anything about Palestine, since Palestine was already picked as the new home for the Jews, so it was deliberately left out. Sharif agreed to the terms and 70,000 Arabs fought against the Ottomans with the help of the UK and France, and caused heavy losses to the Ottomans in the Middle East. Their major assaults include the capture of Aqabah and the severing of the Hejaz railway, a vital Ottoman strategic link from Damascus to Medina. The main leader of the Arab Revolt was Faisal, the son of Sharif. While dreaming to be the leader of Arabia, Sharif had already declared himself king of Hejaz in 1916.

When the Arabs and Sharifs were fighting passionately against the Turks in anticipation of their independence and leadership of the whole Arabian Peninsula, Syria and Iraq, T W Lawrence, a British military officer and a diplomat, who played a vital role in convincing the Sharifs to defect against the Turks, described the Arab Revolt as: “Beneficial to us (the UK) because it marches with our immediate aims, the breakup of the Islamic ‘bloc’ and the defeat and disruption of the Ottoman Empire, and because the states [Sharif] would set up to succeed the Turks would be…harmless to ourselves…The Arabs are even less stable than the Turks. If properly handled they would remain in a state of political mosaic, a tissue of small jealous principalities incapable of cohesion.”

McMahon’s promises of recognition of Arab independence under Sharif’s leadership made through these letters were considered a formal agreement by Sharif. Sharif was confident of the fulfilment of this agreement after the war. However, this was just a sugar coated pill for Sharif in view of the UK’s imperial traditions, which used these promises as their war strategy. The UK and France had already planned to divide the conquered Arab area through the secret 1916 Sykes-Picot Agreement. After the war, as per the agreement, conquered Arab territories were divided into British and French administered areas and Palestine was internationalised for the creation of a future Jewish state. Sharif only came to know about the agreement when it was leaked by the new Russian government in December 1917, but was satisfied that the British government’s commitments to the Arabs would be fulfilled and that the Sykes-Picot Agreement was not a formal treaty. However, this was a pill again and the whole of Arabia was divided after the defeat of Germany and the Ottomans. The UK, France and Russia divided Jordan, Egypt, Turkey, Iraq, Syria and Lebanon among themselves.

Instead of the whole of the Arabian Peninsula from Gaza to the Persian Gulf, the Sharifs only got a limited amount of land to reign over and that too for a short period of five years. Hejaz was an area of 260,000 km with a 750,000 strong population and Sharif was appointed king by the UK but soon was overthrown by the Al-Sauds in 1925. The ‘long lasting’ friends of Sharif - Britain - chose not to help the Sharifs against the Al-Sauds because the objectives sought were not a powerful independent monarch in the form of Sharif, who was no longer needed, and the Al-Sauds fitting more suitably in the required future in the mild form of a puppet nationalist government that could be controlled easily as another part of the empire. Sharif’s son Faisal was appointed king of Syria but this kingdom also proved to be short lived and he was overthrown by the French, the same French who had promised the Sharifs the kingdom of the whole of independent Arabia. Later, Faisal was installed as king of Iraq with the support of the UK.

With the help of the Sharifs and the Arab revolt, the whole of the Muslim Empire was occupied by western powers for the first time in the history of Islam, something that had never happened before even during the Crusades and the brutal Mongol invasions. Sharif, as the emir of Mecca, held a central position in the Arab world at that time and was in a position to get Arab support for the Ottomans had he not defected for his personal interests. However, he betrayed the central Muslim Ottoman power and allied with the Ottomans’ enemies because of greed. However, all this was in vain and he played his part to bring Muslim glory to its knees for the first time in 1,300 years.