1.    Female Genital Mutilation has roots in traditions, regions and cultures.

3.    Whatever may be the reason, Islam, in a larger perview, practice and perspective, doesn't approve of female circumcision at all.

At the outset, FGM (Female Genital Mutilation) or FGC (Female Genital Cutting) is the practice of removing parts or all of a woman’s external genitalia for various purposes. This reprehensible practice is still prevalent among Bohras, a Shia sub-sect (Dawoodi Bohra Community and other smaller sub-sects, including the Suleimani and Alavi Bohras). Though Islam and its scriptures, Quran and Hadees, don't approve of clitoral removal or tampering, a 2017 investigation by Sahiyo found that FGC is also being done by some Sunni communities in parts of Kerala in southern India. This entails further research. 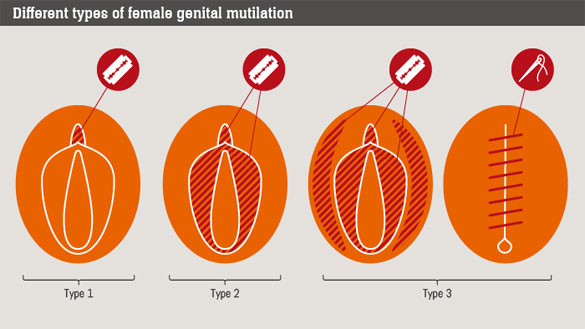 Much more than being religious, this obnoxious practice has roots in traditions, regions and cultures. Religion is a relatively new phenomenon in the scope and scheme of human civilization in which traditions predated organized religions.

French philosopher and professor of Islamic Studies, Henry Corbin (1903-1978), opined that cult and pre-cult practices percolated down to organized religions which came roughly 4,000 years ago. Even circumcision and clitoral cutting sneaked into Semitic religions as pre-religious customs and also as totem practices (Read, Le Coran and L'Islam by Roger Arnaldez). That Abraham was circumcised, so the followers of all three Abrahamic faiths also undergo circumcision is religiously incorrect. Or else, how’ll one explain why Christians completely stopped the practice of (male) circumcision after the 9th century? North African and East African tribes, Pagan cults as well as Coptic Christians of Egypt used to practise female circumcision and viewed a clitoris as a physical aberration (Binqaff: Yiddish word for Satan/Devil's Sore Thumb!). Now coming back to Bohras, who trace their roots back to the Fatimid dynasty of Yemen in the 11th century, obscure Pagan and Christian cults in that region were removing their girls' bazar (Arabic for clitoris) as a sinful growth (alnumuu alatham).

That's why, Gujarati-speaking Bohras still call a clitoris: Haram Ni Boti (a flesh of sin). So, it must be cut or damaged. From a religio-feministic perspective, anthropologists like Lucas and Greer believed that man being forever scared of a woman's capacity of enjoying multiple orgasms, resorted to cutting her love-button because it (clitoris) exists solely for pleasure purpose having a dense network of nerves.

Whatever may be the reason, Islam, in a larger perview, practice and perspective, doesn't approve of female circumcision at all. In fact, Muhammad Abdul Muzdar Mehdune's Urdu/Persian treatise Lazzat Un Nissa (Pleasure of Women) has a full chapter on Shifniq (Persian for clitoris. Its Sanskrit equivalent is 'shishnika'. See the close relation between Sanskrit and Persian) and its pleasure. In Pernilla Myrne's ' Female Sexuality in the Early Medieval Islamic World: Gender and Sex in Arabic Literature' one finds that Arabs, the most virile and sexually adventurous people on earth, gave utmost importance to a woman's pea (euphemism for a clitoris).

So, in the light of such an exalted position of clitoris during love-making and original Islam's insistence on retaining it, why don't Muslims raise their voice against this primitive practice among Bohras? Why is Syedna silent on this sensitive issue? Isn't it time to stop it completely as an outright un-Islamic practice? Pakistan's legendary English columnist with The Dawn, Ardeshir Cowasjee, a very rich Parsi, once wrote a tongue-in-cheek piece on the female circumcision among Bohras.

Though Bohras, like Ahmadiyyas, are almost non-Muslims in Pakistan, it needed gumption to write a piece on this quasi-tabooistic subject revolving around female genitalia. It wasn't offensive but laced with his characteristic acerbic wit. Bohras in Pakistan got the drift. Here in India, late Asghar Ali Engineer criticised this practice but his entreaties fell on deaf ears. This community is badly in need of reformers like Asghar Ali Engineer.