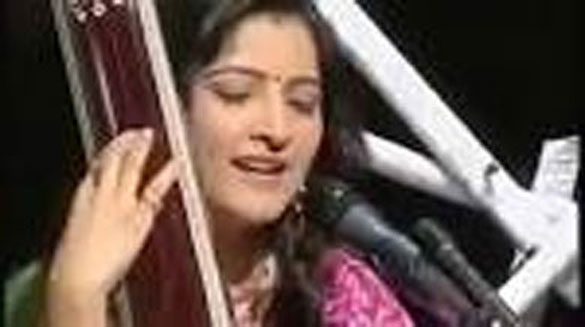 Smita Bellur is a Sufi and classical singer

“Religious experiment and interest in mystery have led naturally to mysticism,” says Geoffrey Parrinder in Mysticism in the World’s Religions, He adds that one of the definitions of mysticism is the “reliance on spiritual intuition or exalted feeling as a means of acquiring knowledge of mysteries inaccessible to intellectual apprehension”.

The shocking assassination last month in Karachi of celebrated Sufi Qawwali singer Amjad Sabri flies in the face of a mystic tradition that preaches love and emphasizes a direct, personal experience of the Divine.

Whether it is Sufism, the Bhakti tradition of Hindus or Christian mysticism, the experiences of mystics have a common trait, as philosopher WT Stace puts it, ‘A unifying vision in which The One is perceived by the senses and through many objects, so ‘All is One’’. Sufi Hazrat Shah Niyaz describes it as ‘Yaar Ko Hamne Ja Ba Ja Dekha – Kahin Zaahir Kahin Chupa Dekha’. (We saw the Beloved indeed/Somewhere hidden, somewhere revealed)

The mystic finds this seemingly paradoxical truth difficult to express. Being a Sufi singer, I can relate with the longing for a ‘Darshan’ of my Divine Beloved through Allama Iqbal’s words: ‘Kabhi Ae Haqiqat E Muntazar Nazar Aa Libaas E Majaaz Mein’. (For once, O awaited Reality, reveal Yourself in a form material).

Political scientist Muqtedar Khan who heads the Centre for Islamic studies at the University of Delaware, says, “Humans are hard-wired to seek God. ‘Zikr’ as mentioned in verse 33.41 of the Quran and Ihsan (Hadith) are the roots to which a true Sufi traces his pursuit to.”

“Sufism in the subcontinent has become more centred on making shrines out of graves, overemphasis on the peer-Murshid (Seeker-Guide) culture which is dangerously close to ‘shirk’ (the cardinal sin of ascribing partners to Allah) or violating the shahada (testimony) by praying to someone other than God, “ he says. In the Islamic faith, prophets are the real messengers of God. Others may be redundant or misleading.

Waliuddin in ‘Quran and Tasawwuf’ warns of the goal changing from ‘worship of God to worship of man’. Bankey Bihari, in his book ‘Sufis, Mystics and Yogis’ calls it a “tragedy that the teacher started to be installed in place of God in later Sufism in Iran and India”. Sadly, this is a grave point of concern for the neutral, pious Muslim (non-Wahhabi), who prefers to steer clear of the corrupting practices in the path of God.

Does that mean Sufi music is also frowned upon as music that is ‘un-Islamic’, or, is it? Shafeeq Mahajir, a leading human rights advocate from Hyderabad feels “Music can be elevating, soul stirring, relaxing or mischievous or suggestive. It is difficult to call music per se as ‘Haram’. The use that music is put to decides whether it is Haram or not”.

Youngsters these days have a great connection with Sufi songs as they can relate to the concept of ‘access to a personal God residing within.’ The form, rituals and prayer formats otherwise prescribed to access God do not matter.

The message of the Sufis is that love and tolerance cannot be suppressed. Those in the business of terror who use propaganda and diabolic interpretations of the Quran are probably sensing losses from the Sufis and Qawwals!

Smita Bellur is a Sufi and classical singer