The Muslims of Nepal: Coming Out Of the Shadows 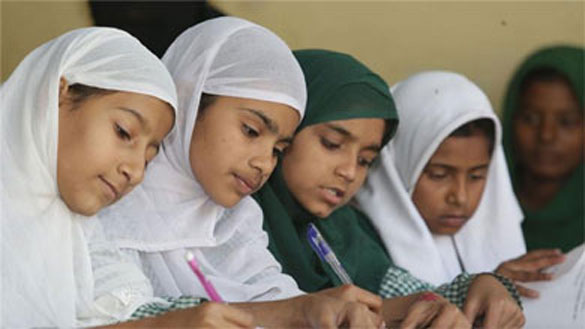 Nepalgunj and Kathmandu, Nepal - In one corner of Kathmandu's Jame Masjid, a stone's throw from the former-royal-palace-turned-museum, lies the tomb of Begum Hazrat Mahal - forlorn and shorn of its past grandeur.

Mahal was the queen of Awadh, a princely state in neighbouring India, and the face of the 1857 rebellion against the British. She fled the Indian city of Lucknow after the revolt was crushed, and the then ruler of Nepal, Jung Bahadur Thapa, who had taken his army to help the British quell the rebellion and plunder the city, offered her asylum.

M Hussain, the secretary of Jama Masjid, says that many of Mahal's supporters followed her to Nepal.

But Islam had, in fact, been introduced to Nepal long before that.

Kashmiri traders first arrived in Kathmandu in the 15th century on their way to Lhasa, the capital of Tibet.

Many of them settled in what was then known as Kantipur and now as Kathmandu, Bhaktapur and Lalitpur during the rule of King Ratna Malla.

The 500-year-old Kashmiri Takiya mosque, a few hundred yards from the palace in Kathmandu, is a testimony to this history.

"Muslims lived as a silent minority for centuries at the goodwill of the Nepali state," explains Hussain.

But, in recent years - inspired by the Maoist rebellion that lasted from 1996 until 2006 - they have become more vocal and visible.

"The Maoist rebellion paved the way for their [Muslims] political and cultural rights," Hussain says, sitting in his small office in the mosque premises.

Muslim festivals were declared public holidays for the first time in 2008 - the year the monarchy was abolished and a democratically elected government led by Maoists took office.

Such public displays are a reflection of the newly recognised religious and cultural rights of Nepal's minorities and indigenous groups.

Banke is located in the southern plains, known as the Tarai or Madhes region, which is home to 95 percent of the country's Muslims.

Unlike their counterparts in the Kathmandu valley, an overwhelming majority of the Muslims in this area are poor and landless. Their political under-representation and negligible presence within the job market is in keeping with the broader marginalisation of the Madhesi population of which they are a part.

Alam Khan, 28, is among the few Muslims who have climbed the economic ladder. Khan is a resident of Nepalgunj in Banke and works for the non-government organisation THRD Alliance, which campaigns against extra-judicial killings, torture and illegal arrests in the Madhes region.

"Everyone should get rights and [live with] dignity," Alam says in his tiny office in Nepalgunj's Rani Talau area.

He was detained by the police for 17 days in 2007 when Madhesis began protesting against the discrimination they experienced.

The Madhesis, who are culturally close to their neighbours on the other side of the border with India, have long complained that the country is economically and politically dominated by upper-caste Nepalis from the hilly parts of the country.

"I was charged with murder and sedition for interviewing an underground Madhesi leader," explains Khan, who worked as a journalist before joining THRD Alliance.

"They could not prove anything," he adds.

It was, he says, an "escape from death".

Despite opposition from his family, he has married a non-Muslim, ethnic Magar woman.

"When I was in police custody she stood behind me," he explains. "I decided that I had to marry her."

Khan says his family has since come to accept his wife, who is now studying to become a nurse. 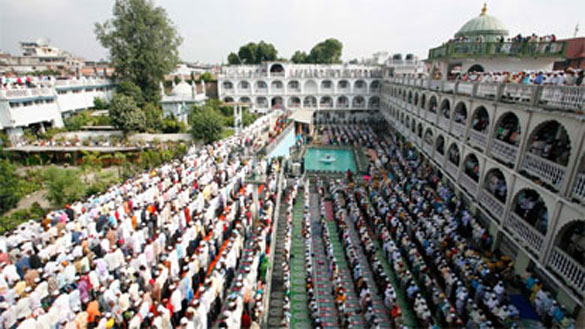 In a country where interfaith and inter-caste marriages are rare, Khan has broken many societal norms and continues to challenge them.

Muslims are one of the country's most disadvantaged groups, and Muslim women are particularly hard hit.

Abdul Rahman, the former chairman of the Nepalgunj Jama Masjid, attributes this, in part, to a perceived incompatibility between some Islamic values and the public school system. "Muslim girls who observe Purdah [wearing Hijab or Niqab] attract attention," he says. "They [are looked at as though they are] aliens. It's a mental torture."

The softly spoken 52-year-old says the government should either give a "special package [scholarships or financial assistance] to Muslims for their education or give us freedom to educate our kids according to Islamic values".

There were fewer than 5,000 Muslim graduates and postgraduates in 2011, according to that year's census. 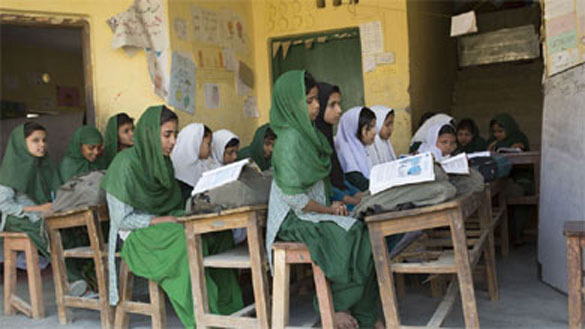 There were fewer than 5,000 Muslim graduates and postgraduates in 2011, according to that year's census [Prabhat R Jha/Al Jazeera]

The post-revolutionary democratic governments have acknowledged the concerns of the community, and identified madrasas as a possible tool for improving access to education among Muslims.

The madrasa board was formed in 2007 and, for the first time, courses were also made available in Urdu, which is spoken by many of the country's Muslims.

The government promised financial aid to registered madrasas on the condition that they would teach science, mathematics, English and Nepali.

The languages spoken by other ethnic groups, such as the Magars and Tamangs, were also recognised. It was in sharp contrast to the time of the monarchy, when only the Nepali language was promoted.

But nearly a decade after the policy was announced, more than half of the 2,000 madrasas in Nepal have yet to be registered, and those that are complain of inadequate help.

The madrasa, which opened with six students in 2006, now teaches 406 girls. Others want to join but a lack of infrastructure and teachers means the school cannot accept any more students, says Khan.

"We started this madrasa which allows girls to observe Purdah. We are imparting modern education along with Islamic education," explains Talat Parveen, the school's principal.

Parveen, who is from the Indian city of Gorakhpur but whose husband is from Nepal, believes poverty stops many of the country's Muslims from pursuing a higher education.

"There is a need for more colleges and schools with quality education," says the 28-year-old.

"Purdah does not stop you from anything. I [have a] Masters in English literature and [the] Niqab did not come in my way."

Abdul Qawi, a 36-year-old social worker, believes special programmes such as free education, hostels and scholarships are needed to lift Muslims out of poverty. "But this is not being done," he says.

Community leaders believe Muslims, who form about 5 percent of Nepal's 30 million population, are a distinct group.

"Though Muslims live in Madhes their culture is different from other groups," says Athar Hussain Faruqi, a local leader of the Unified Communist Party of Nepal (Maoist).

"Our identity should be different on the basis of culture, language, economic activity," Faruqi adds.

The country's new constitution, which came into effect in 2015, includes Muslims for the first time, adding them to a list of marginalised groups.

The constitution also ensures a job quota for Muslims, who currently fill less than 1 percent of civil service positions.

Many Muslims are feeling positive about what the future may hold. Nepalgunj, which has the largest Muslim population of any of Nepal's cities, boasts a Muslim community radio station, schools and charitable organisations all run by the minority community.

Faruqi is upbeat about the prospects of Muslims in Nepal.

"Eid has been declared holiday, [the] Muslim Commission and [the] madrasa board have been formed," says Faruqi, adding that his party, which is part of the current coalition government, will continue to fight for greater rights for the Muslims of Nepal.