Kabira is Still Crying in Pakistan 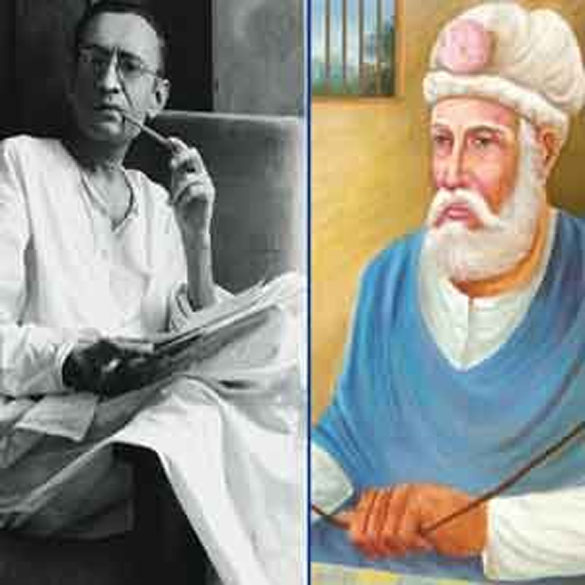 While many progressives are fond of extolling Faiz Ahmad Faiz’s lament on the unfulfilled promise of postcoloniality, his evocative poem Subh-i-Azadi (The Dawn of Freedom), in prose, it is actually Saadat Hasan Manto who captures the opportunism and political chicanery which characterised the newly-formed state of Pakistan.

In his little-known short story, Dekh Kabira Roya (See, Kabira Cried) published soon after Manto’s reluctant migration to his new country, Manto uses the famous 15th century Sufi poet Bhagat Kabir as a protagonist to presciently satirise the emerging trends of intolerance, orthodoxy and cultural chauvinism in the newly-independent state, which are all too familiar in Pakistan in the 21st century.

As such, this fable may also be read today as an accurate socio-political parable for modern Pakistan, or as a disguised, albeit thinly, autobiographical portrait of Manto’s own Kabirian plight during the eight years he survived in independent Pakistan. I am presenting it here in the original English translation on the occasion of International Translation Day today, as well as the fact that 2015 marks Manto’s 60th death anniversary.

The news spread like wildfire; anyone found begging would be arrested. The arrests began. People began to celebrate, since a very ancient curse had been banished.

When Kabir witnessed this, his eyes brimmed with tears. People asked,

“Cloth constitutes of two things, fibre and thread. The fibre of arrests has indeed been initiated, but where is the thread for filling the empty belly?”

An MA LLB was allocated 200 looms. When Kabir saw this, his eyes brimmed with tears. The MA LLB asked him,

“O weaver’s son! Why do you cry? That I have forcibly taken away what is your right?”

“Your law explains to you the point about leaving the looms alone, and to sell the quota you get for the thread. What’s the point of this useless noise after all, if you can do without it for free? But this noise is the weaver’s life.”

Large and small envelopes were being made out of the formatted leaves of a published book. Kabir picked up a few envelopes and upon reading the printed words, his eyes brimmed with tears. The envelope-maker asked in amazement,

“Mr Kabir, why are you crying?”

“These papers are replete with Bhagat Surdas’s poetry. Don’t demean it by making envelopes out of it.”

The envelope-maker said in amazement,

“One who has a name like Surdas can never be a Bhagat.”

A very beautiful idol of (the Hindu goddess) Lakshmi was erected atop a high building. When some people made the building their office, they covered the idol with dirty rags. When Kabir saw this, his eyes welled up. The office workers consoled him and said,

“Our religion does not permit such idols.”

Kabir said, looking at the dirty rags with moist eyes,

“To defile the beautiful is also not permitted in any religion.”

The general addressed his combat-ready army,

“Food is short, but we don’t care. The crops are ruined, no worries. Our soldiers will take on the enemy on an empty stomach.”

Kabir began to cry at the top of his voice. The general got infuriated and cried out,

Kabir said in a weeping voice,

“O my brave general who will fight hunger?”

“Brothers, keep a beard. Trim your moustaches and wear the ordained pyjamas. Sisters, wear your hair in a single braid, don’t apply make-up, wear the burqa!” a man was shouting in the bazaar.

When Kabir saw this, his eyes became moist.

The shouting man cried in an even higher pitch,

“Kabir, why have you started crying?”

“You neither have a brother nor sister. And why have you dyed your own beard, wasn’t it better to have let it be?”

The shouter began to abuse Kabir and Kabir’s tears began to overflow.

A heated argument was going on.

“What nonsense! Literature for life’s sake.”

“That age is past; literature is another name for propaganda.”

“Damn your reactionary and sick Flaubert and Baudelaire!”

Kabir began to cry. The arguers ceased their argument to pay attention to Kabir. Someone asked,

“There must be something in your subconscious which was hurt.”

“These tears are a result of bourgeois tragedy.”

“I cried so that you can understand whether literature is for literature’s sake or life’s sake.”

The arguers laughed. One of them said,

“He is a proletarian jester.”

“No no, he is a bourgeois charlatan.”

An order was promulgated for all the city’s prostitutes to marry within a month and take to decent living. Kabir passed a red light area and upon seeing the discoloured faces of the prostitutes, he started crying. A maulvi (religious cleric) asked him,

“Maulana, why are you crying?”

“What spousal arrangements will the teachers of morality devise for these prostitutes?”

“Brothers, the case of the salvaged women is our biggest problem. We should find a solution first and foremost. If we remain negligent, these women will take to prostitution. And become whores. Do you hear, will become whores.

It is your responsibility to save them from this terrible future and to accommodate them in your homes. Before you yourself, your brother or your son get married, you should never ever forget these women.”

Kabir began to cry inconsolably. The speaker stopped and pointing at Kabir loudly addressed the audience,

“See this person has been so deeply moved.”

Kabir said in a sobbing tone,

“O Emperor of Words, your speech hasn’t moved me one tiny bit. I am thinking that you have yet remained a bachelor yourself for want of marrying a wealthy woman, so my eyes brimmed over.”

A shop-board had the following inscription on it, ‘Jinnah Boot House’. Upon seeing it, Kabir began to cry inconsolably.

People saw a man standing, his eyes fixed to the board and crying constantly, they began to clap their hands,

When the country’s greatest leader passed away, there was mourning far and wide. Many people began to walk around with black bands worn on their arms. When Kabir saw this, his eyes welled up. The black band-wearers asked him,

“Why are you so afflicted that you started crying?”

“If these black bands are collected, they can clothe thousands.”

The black band-wearers began to beat up Kabir.

“You are a communist, fifth-columnist, a traitor to Pakistan.”

“But friends, I am not wearing a band of any colour on my arm!”

Raza Naeem is a social scientist, translator, book critic and a prize-winning dramatic reader based in Lahore. He is working on a translation of Saadat Hasan Manto’s nonfiction and was awarded the 2013-2014 Charles Wallace Trust Fellowship for his translation and interpretive work on Manto.