In his article ‘Kaun Banega Crorepati and Hindutva’ Mr Athar Faruqi, has smelled a conspiracy to revive Hindutva sentiments through the popular television serial Kaun Banega Crorepati. Urdu daily Rashtriya Sahara, New Delhi published his article expressing these thoughts on its editorial page this Sunday morning. The learned columnist says that the people behind the   quiz programme are actually promoting Hindutva by asking majority of the questions from Hindu mythology. He gives the example of a question in one of its episodes that was a difficult one from Hindu mythology.  Mr Faruqi sees in it a deliberate attempt to promote Hindutva as rarely questions from other religions are asked. 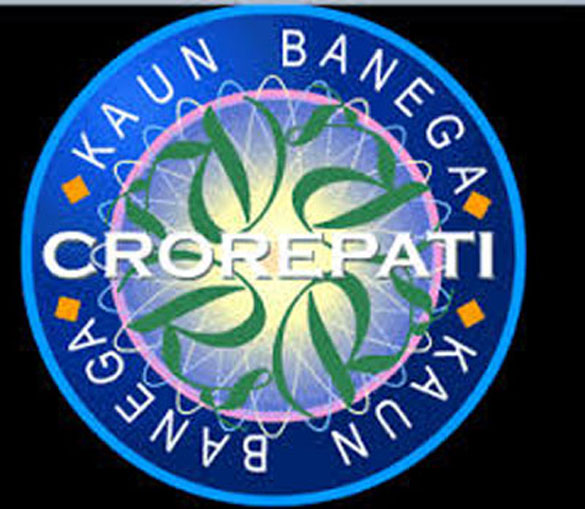 India is a Hindu majority country and more than seventy five percent of its population is Hindu. Naturally, all the departments are dominated by Hindus. The media channels are funded by Hindu investors and professionals in the same way as in Muslim majority countries, all the departments, government or private, are dominated by Muslims. It is therefore natural that in a programme that banks mainly on the participation of common people will keep the sentiments and religious beliefs of the viewers, a majority of whom are Hindus. Producers of a reality programme also try to make the programme interesting so that ordinary viewers also take part in it or at least view it. Though the Muslims live in a Hindu majority country and in their own matters, they demonstrate communal mindset in a brazen way, they expect Hindus to be drastically secular even in their own religious matters. Thus they want  that a programme like KBC too should not have any Hindu element in it and the mention of Hindu mythology drives some of them crazy.

Take for example the recent fatwa of Syed Ahmad Bukhari who had asked the ‘Muslims’ to vote for the Congress and other secular parties. He could have issued a veiled fatwa asking all the secular minded people of the country to vote for secular parties. And while doing so he should have invited some Secular Hindu leaders and social personalities by his side. On the contrary, he personally asked the Muslims to vote for the Congress. Was this not a communal statement driving a wedge between various sections of the society? Some sections of the society rightly criticized his fatwa.

This is one example how Muslims do not bother about the sentiments of the majority community while speaking on religious matters.

One objection Mr Faruqi has about the programme is that it asked a very difficult question for Rs 1, 60,000. Did he expect the producers ask the viewers  a very easy question for such a big amount. If the questions are really only from the Hindu mythology how did a Muslim woman recently won the jackpot and won Rs one crore?

The programme does not ask many questions from Islamic history and ideology because the majority of the country does not know much about Islamic history or ideology as Muslim themselves have not reached out to the Hindu community and propagated their religious or historical literature. So if the programme asks questions from Islamic history, a majority of the viewers will be left out and the purpose of the programme will not be fulfilled. Muslims have projected a very negative image of their own community as a sect-ridden, violent and intolerant community. First, the Muslims should reach out to Hindus and other communities, then they should complain about the spread of Hindutva.

Kaun Banega Crorepati is going to hit TV screens once again. People are excited about it. All the credit for the success of Kaun Banega Crorepati which is also called KBC goes to Amitabh Bachchan. This programme not only familiarises the Indian television with a new genre which is called Reality TV in western jargon but also heightens the desire and expectation of the viewers and an ordinary person also dreams of about becoming a millionaire. This programme gives the common man an opportunity to participate in an important programme at least for a day which was a dream in the past. In fact, Reality TV programmes that have become popular over the world are an invention of consumerist mind of the west which targets the purse of the vulnerable sections.

KBC is in fact a national version of the famous American programme “Who wants to be Millionaire?” The programme has become so popular due to the involvement of Amitabh Bachchan that people reschedule their engagements in the day according to the schedule of the programme so that they can view all its episodes. The expectations of the viewers are so high that each of the viewers wants to occupy the hot seat. The greatest merit of the programme is that it has become successful in convincing the viewers that they can also participate in it and become a millionaire irrespective of what their education and social background is. Obviously, for this purpose the programme has been planned. That’s why the most ordinary person can participate in it.

The USP of the programme is: “A question can change your life”. But if we deeply study the questions we will find that apart from changing the lives of people the Hindu mythology is deeply rooted in the philosophical foundation of the programme. Before entering every new phase the person at the hot seat generally has to answer such questions that are related to the mythological system of the Hindus.

There is nothing wrong if the questions are from sacred religious books of the Hindus because in the multicultural society of India everyone should be aware of the facts about the various religions and beliefs that have formed our great civilization and cultural traditions but the issue is not simple so far as KBC and Hindu mythology is concerned. Many of the questions relating to Hindu mythology are so difficult that, leave aside common Hindus, even Hindu pundits cannot answer them. For example, in the episode telecast on 6 January 2013, a question worth Rs 1, 60000 was: “According to Bhagat Puran, who changed the course of Yamuna merely with his spade?”Though the answer is “Balram” but the question has nothing to do with the process of Hindu mythology that has played any role in shaping the composite culture of India nor is the question so simple as anyone can answer it. If we accept the argument that the purpose of this programme is to widen the reach of the programme through the tool of general knowledge in the name of increasing consumerism, then this question loses its relevance. The text of Hindu scripture is very important in terms of context and very big in terms of volume which though covers the various departments of life but only those who are doing a research and academic work on Hindu mythology or great scholars of Hinduism can answer the questions generally asked in Kaun Banega Crorepati. The attempts that are being made to create an atmosphere of revival of Hinduism by repeatedly asking such questions should not only be wisely understood but also thwarted.

Before writing this piece, I spoke to those who had to answer three recorded questions at the first phase. Many of them told me that one of the three questions were from Hindu mythology. This is all the more dangerous that the process of asking such questions starts right from the first phase.

The relation between knowledge and power has been a favourite subject of scholars and thinkers. In the first volumes of his books, ‘Discipline and punish’ and ‘History of Sexuality’, famous scholar Michel Foucault has discussed the issue as to how knowledge becomes directly subjugated by power. Taking his discussion further, Foucault has also analysed how power influences reality. As a result, reality becomes an objective issue. This view of Foucault appears before us as a naked truth time and again particularly at a time when writing history is done according to the whims of power. Karl Marx has repeatedly stressed the fact as to how the power that be influences the ideology of development. In the context of our own country the best example of this after independence is the argument that the ancient age was the golden age which was destroyed by the foreign rule while the medieval period was the dark age of Indian history.

Reverting to the study of religious classics is indeed a positive step but also calls for great caution. The religious classics have greatly influenced our literary scenario and the incidents present in them can be identified in all the departments of knowledge and fine arts.

The attempts that are being made to influence national ideology through Kaun Banega Crorepati should be interpreted as a shattered dream that will give birth to bitter questions on ancient Indian philosophy. It can also be said that majority of the questions asked from religions are from sacred Hindu scriptures and questions from other religions are rarely asked. This is a majority behavior that drives people belonging to other religions out of the circle in which the success of the mission of nation building is considered doubtful without the participation of all the sections of India.

In a country like India whose ethos are moulded on multiculturalism and whose secular constitution keeps state away from religion and gives out the message that religion should be confined to personal life, the efforts through KBC to create a particular atmosphere with the help of the Hindu mythology is condemnable from every aspect and all those who believe in a secular system of politics and want to promote a multicultural society in the country should oppose it.--