Shrines and Devotees in Kashmir

Kashmir is a hotbed of rumours. We hear them every day, believe in them, later circulate them, ultimately they become a part of our folklore. Later historians document them as oral history that helps them construct the past. Even about religious personalities we have invented, circulated and reinforced the miracles that have no documentary evidence or religious basis. Although Kashmir is not an exception, religious personalities and shrines all have share of such miracles attributed to them. It includes Tigers paying a visit, the Pir coming to the rescue of his/her disciples in times of need and Pir being omnipresent in different places at the same time. 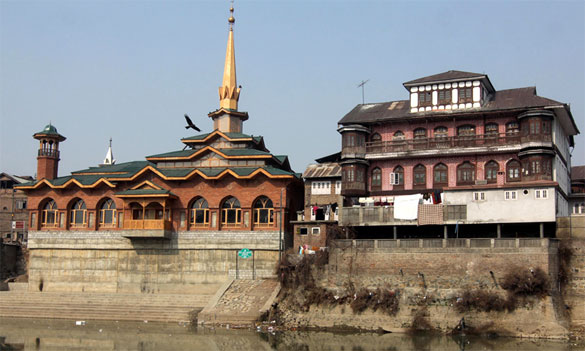 The shrine of Hazrat Syed Sharif-ud-Din Abdur Rehman, aka Bulbul Shah, the first Muslim Sufi saint from Central Asia to have arrived in Kashmir in 1324 AD, is located in downtown Srinagar. This shrine was recently renovated .Photo: Bee, Bilal.

So these myths become unquestionable and with time they achieve a divine status. Even Ulama do not dare to question the validity and authenticity of such ‘miracles.’ So once divine sanctity is granted to such folklore stories, the life, legacy and works of these saints become non pragmatic to be followed by lesser mortals like us. The element of divinity renders it impossible for anyone to follow their message and legacy. Their teachings are overshadowed by their miracles so the real message of these saints is lost.

Keeping this context in mind I decided to undertake an ethnographic study of the devotees who visit the shrines and talk to them about their beliefs and reasons for visiting the shrines. The results were quite astonishing. The study comprises of ethnography of devotees of two shrines in Srinagar spanning over a period of few months.

The average devotee is not aware about the details, biography or even the branch (Silsila) to which the dead saint belonged. Yes, few details of miracles are certainly known to them. Women devotees lagged far behind the male counterparts when it came to the nuances of knowledge about the saint. Some of them only know the common name of the saint, they were not even aware about his full name. When asked about the reason for their visit, they said that the saint has miraculous powers to heal, grant their wishes, get them out of trouble and intercede on their behalf in the court of Allah. 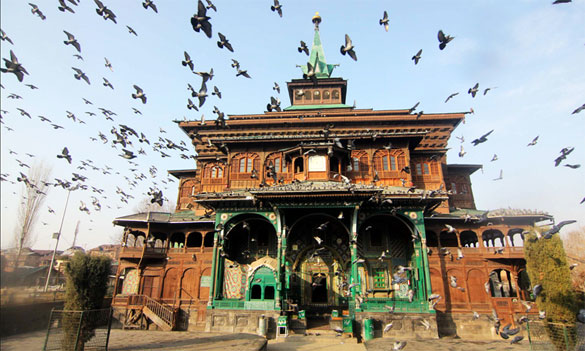 Rarely did I find a devotee who informed me that they come to pray in the shrine as it is a place of reverence and Allah has blessed this saint so praying in this space has more chances of acceptance. Among these rare devotees very few were hopeful of the intercession by the saint in the hereafter.

In agricultural societies we witness more devotion towards saints and shrines as the produce is mostly dependent on natural means of irrigation, rain, snow etc. So when I enquired from the devotees who were demographically rural based they certainly would not share the intense deep desires and demands, but usually informed me that they asked for good production, healing of someone sick in their family and government employment for their children. These three domains are for the welfare state to cater but in Kashmir due to non availability of best irrigation practices, healthcare system and bleak opportunities of employment they are demanded from dead saints not from the government. It depicts deep reverence and fetish for the dead.

Fetish maybe a strong term but if we read the biographies of these saints, they were ridiculed, humiliated, turned down and some like Nund Rishi or Alamdar e Kashmir also incarcerated for their views by the kings on the insistence of clergy (who in Kashmiri are known as Mallas) a term used by Nund Rishi and his predecessor Lal Ded to describe the religious class who exploit religion, vulnerabilities of common masses, their reverence for saints and rituals while amassing wealth for themselves. Now the same clergy against whom these saints had initiated a Jihad in their life time have appropriated them. But when I talked to the devotees about the exploitation of this clergy class who has appropriated the teachings of the saint, held him captive and now are demanding ransom in his name, they were dumbfounded.

In fact some justified their actions because they are taking care of the shrine so they deserved what they were getting. It was indeed a startling revelation about the power of clergy, although Sunni Islam boasts about having no basis for clergy but the lived reality is that clergy is quite vibrant. I asked from the administrators and Sajada Nisheens of these shrines whether they do spend the money collected as donations in the shrine as charity. They avoided answering my queries. Covid pandemic exposed the clergy and shrines, their role as parasites sucking off the money from poor masses while amassing wealth in the name of religion.

J&K Waqf Board that controls these shrines has been a den of corruption and subsequent governments of National Conference and Peoples Democratic party alongwith Congress have ruined this institution by siphoning off the revenue of this institution and inducted their party workers on different posts, thus resulting in dwindling revenues of the already starved Waqf fiancés. Further the distinction of Sufis from clergy was that they mostly stayed away from the corridors of power. In fact most of them considered it quite inappropriate akin to blasphemy to visit the courts of kings or government officials. But now those occupying the positions of prestige in these shrines boldly invite and revere corrupt [politicians, immoral businessmen and even criminals and even organize their Dastarbandi (placing a turban on their heads as a mark of reverence) in the holy premises of these shrines. It is because of the conduct of such clergy and alleged progeny of these saints that real teachings of these saints are retrograded into oblivion. 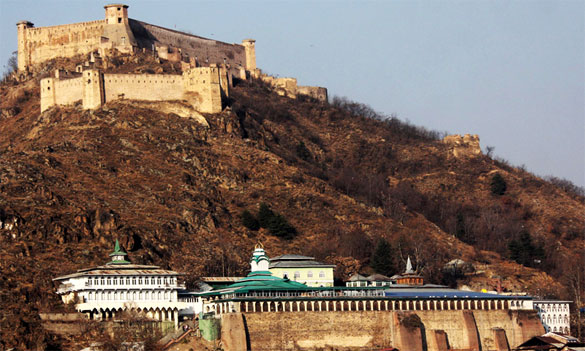 The shrine of Makhdoom Sheikh Hamzah, a Muslim Sufi scholar and saint, is placed below the attractive Mughal Fort, on the Hari Parbat hill (Koh-i-Maran). It is a structure with many pillars, a rare example of Mughal architecture. Photo: Bee, Bilal.

Shrines as institutions of pluralism, gender neutrality and egalitarianism have witnessed a change too. Now small number of non-Muslims visit shrines, so do many Muslims abhor it as they consider it to be synonymous with Shirk (associating partners with Allah). This class being influenced by the Salafi movement concludes that whosoever visits shrines is committing Shirk as they think that they are seeking help from the dead saint instead of Allah. However that certainly is not true for all devotees. It is what I found too during my study.

Further the exploitation and lavish life of the clergy and administration associated with the shrines is not true for each and every shrine, as income depends on the number of visiting devotees that varies for each shrine. So many associated with shrines do not have the privilege of a lavish life. The shrines as institutions of gender equality, pluralism, dialogue and egalitarianism need to be revived keeping in context the teachings, message, life and legacy of the saints. The Sufi saints who devoted their whole lives for the spread of Islam, values of Peace, love and humanity need to be revisited and celebrated not only on few specific days but daily in our lives that would help develop a culture of love and tolerance free from exploitation.