Eid-al-Adha is also known as Hajj or Bakrid, and if you wish to greet Muslims on this day you may say “Happy Eid” or “Eid Mubarak” or "Eid Greetings" - meaning happy festivities. On the occasion of this Eid, I urge fellow Muslims to stop and salute every one of the fire fighters, police and our armed forces to honour them for their sacrifices and their love for the humanity. Let them know that as a Muslim you appreciate their sacrifice, and this festival is about appreciation for such sacrifices. 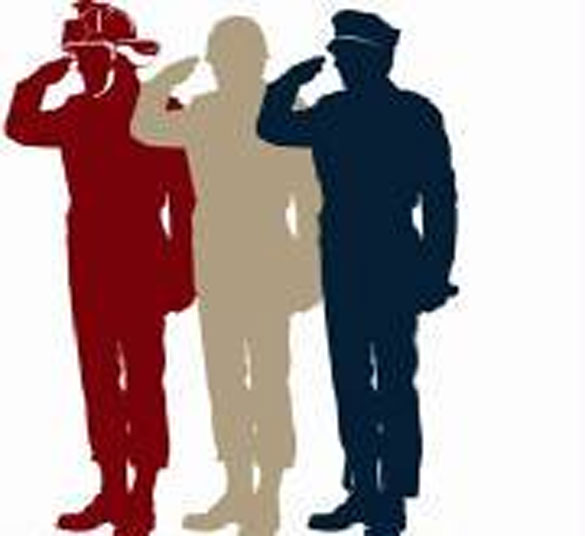 Please note that, I have been blessed to write about the essence of festivals from a universal perspective, so that you can relate with it, regardless of your faith. Indeed, as the time permits, I write about every faith from Bahai to Zoroastrian and every one in between, so that we understand each other rather than build myths about the others.

The Essence of Eid Al Adha

At the end of the annual pilgrimage to Mecca, known as Hajj, Muslims throughout the world celebrate the holiday of Eid-al-Adha (Festival of Sacrifice). During the Hajj, Muslims remember and commemorate the trials and triumphs of Prophet Abraham.

The Qur'an describes Abraham as follows: An-Nahl (The Bee) 16:120 – “VERILY, Abraham was a man who combined within himself all virtues, devoutly obeying God's will, turning away from all that is false, and not being of those who ascribe divinity to aught beside God:”

Although the Hindu Vedas have proclaimed God, the ultimate creator, the cause behind creation has come to be known as God. Whether it is evolution, big bang or creation, a singular cause rolled out what we see today.

However, Abraham is ascribed as the one who marketed the idea of one God; it is a unifying idea that we are part of the large family. Hinduism calls it Vasudaiva Kutumubukum – the whole world is one family, Qur’an describes that we all originated from the same couple (Darwin = source) and were made into different races, nations and communities so that we know each other and re-create that harmony, one of the Christian tradition calls it as reconnecting with the creators lineage. The Wicca traditions sum it up, from the mother earth we come and to the mother we go. The Baha’i faith has done an outstanding job in describing the oneness of the creator.

We are all a product of a singular cause, from one singular source of creation, and that we are an integral part of the great harmony and balance with which this planet operates, when the harmony is lost, we have to rebuild it for the long term good of all its parts like the Native Americans suggest, if it befalls on one strand, it affects the entire web. Look what the swine flu or the chicken whatever does… it engulfs the whole world

A parent would risk his or her life to protect the child. People in love have the passion to value their beloved's life and are willing to get the bullet and save the life, they are willing to rescue him/her from the freezing lake risking their own lives, even strangers do that. It is the willingness to put the life of the loved one’ above one’s own life. Every day our Police officers risk their own lives to protect ours, the firemen and women risk their lives to save a child, a pet or an aged person from a fire; and every day our soldiers put their lives at risk to save fellow soldiers and to save our freedom.

Those who are not familiar with the Abrahamic faith may find this story difficult to consume, but if they can understand why one is willing to fight for the freedom and safety of the family or the nation, they will see the picture.

God wanted to test Abraham’s faith, love and devotion. One of Abraham's main trials was to face the command of God to kill his only son (at that moment, as he had one more after that). Upon hearing this command, he prepared to submit to God’s will, firmly believing that God means good at the end. When he was all prepared to do it, God revealed to him that his "sacrifice" had already been fulfilled. So Abraham sacrificed a lamb as a symbol, which is to be shared with those who do not have. He had shown that his love for his Lord superseded all others that he would lay down his own life or the lives of those dear to him in order to submit to God.

Thus the tradition of symbolic sacrifice began, where one would sacrifice a lamb to continue the tradition of Abraham. During the celebration of Eid-al-Adha, Muslims commemorate and remember Abraham's trials, by sacrificing an animal such as a sheep, camel, or goat. This action is very often misunderstood by those outside the faith.

God does not need one to sacrifice; it has nothing to do with atoning sins or using the blood to wash ourselves from sin.

Al-Hajj (The Pilgrimage) 22:37 [But bear in mind:] never does their flesh reach God, and neither their blood: it is only your God-consciousness that reaches Him. It is to this end that we have made them subservient to your needs, so that you might glorify God for all the guidance with which He has graced you. And give thou this glad tiding unto the doers of good:

The act symbolizes our willingness to give up things that are of benefit to us or close to our hearts, in order to follow God's commands. It also symbolizes our willingness to give up some of our own bounties, in order to strengthen ties of friendship and help those who are in need. We recognize that all blessings come from God, and we should open our hearts and share with others. The meat from the sacrifice of Eid-al-Adha is given away in three ways; self, relatives and the poor. It is a symbolic act in the western countries, but it becomes meaningful in those countries where people are under nourished and don’t get to eat the meat as we do.

The symbolism is in the attitude - a willingness to make sacrifices in our lives in order to stay on the right Path. Each one of us makes small sacrifices, giving up things that are fun or important to us. A Muslim is one who submits him/herself completely to the Lord and is willing to follow God’s commands obediently. It is this strength of heart, purity in faith, and willing obedience that our Lord desires from us.

God does not want anything more from us than asking us to be just and truthful. It brings tranquillity and balance to an individual and what surrounds him; life and environment. The creator would be pleased when his creation is nurtured, cared for and sustained. Indeed, to be religious is to be a peacemaker, one who seeks to mitigate conflicts and nurtures goodwill for peaceful co-existence.

Eid-al-Adha is one of two major Eid festivals celebrated by Muslims, whose basis comes from the Qur’an. Eid-al-Adha begins with a short prayer followed by a sermon (Khutba).

Eid-al-Adha falls on the 10th day of the month of Dhul Hijja (ذو الحجة) of the lunar Islamic calendar. The festivities last for two to three days or more depending on the country. Eid-al-Adha occurs the day after the pilgrims conducting Hajj, the annual pilgrimage to Mecca in Saudi Arabia by Muslims worldwide, descend from Mount Arafat. It happens to be approximately 70 days after the end of the month of Ramadan.

Men, women, and children are expected to dress in their finest clothing to perform Eid prayer (Salatu'l-`id) in any mosque. The regular charitable practices of the Muslim community are demonstrated during Eid-al-Adha by the concerted effort to see that no impoverished person is left without sacrificial food during these days. Eid-al-Adha is a concrete affirmation of what the Muslim community ethic means in practice. People in these days are expected to visit their relatives, starting with their parents, then their families and friends.

I am familiar with the practices in the Indian Subcontinent, where the individuals visit the local cemetery to pray for the loved ones, almost like the Memorial Day. In fact the formal prayer which most Muslims recite asks God to forgive parents, teachers, those living and those that are dead and everyone else. It is a sense of purification one goes through. God in the Qur’an says the one who forgives is dearest to him.

When it comes to food, I can share the practice of my family; the whole family gets to eat the breakfast together, usually the Flat bread (Paratha, Naan or Roti) with Meat balls (Kofta Curry). Then they would join the procession to a place outside the town where they go and pray as a large congregation, usually it is the cemetery grounds. Then everyone comes back home, and enjoys the Biryani (Indian version of fried rice) and Shami Kabab. Then visiting as many friends as they can is part of the culture, have a bite to eat while meeting them and greeting them with hugs.

I am pleased to invite you to join and experience these congregational prayers at Mosques and around the world with Muslims of different denominations.

﻿On the occasion of this Eid, I urge fellow Muslims to stop and salute every one of the fire fighters, police and our armed forces to honor them for their sacrifices and their love for the humanity. Better yet, call the Fire, Police, City and other places and let them know that as a Muslim you appreciate their sacrifice, and this festival is about appreciation for such sacrifices.

Eid Mubarak to all and Hajj Mubarak to those who are blessed to perform. Mike Ghouse is committed to building a Cohesive America and offers pluralistic solutions on issues of the day. He is a professional speaker, thinker and a writer on pluralism, politics, civic affairs, Islam, India, Israel, peace and justice. Mike is a frequent guest on Sean Hannity show on Fox TV, and a commentator on national radio networks; he contributes weekly to the Texas Faith Column at Dallas Morning News and regularly at Huffington post, and several other periodicals across the world. The blogwww.TheGhousediary.com is updated daily.