Islam in Cuba, an Unknown World

Without a mosque to perform their prayers at, faced with a very limited Islamic tradition and next to no possibilities of travelling to the Mecca, Cuba’s Muslim community currently gathers about 4,000 converts. 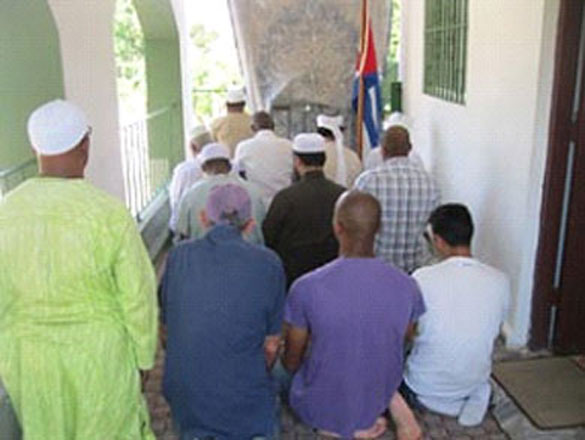 This year has been particularly significant for the island’s Muslims. This past April, Turkey’s Foundation for Religious Affairs (TDV) sent a delegation to Havana to discuss the possible construction of what would become Cuba’s first mosque. Members of the delegation met with officials from the Office for Religious Affairs of the Central Committee of the Communist Party and requested permission to build the mosque in a plot located in Old Havana, using a design similar to that of Istanbul’s legendary Ortakoy.

In September, hundreds of faithful celebrated Ramadan with a ceremony in Old Havana’s Paseo del Pradopromenade, in front of Cuba’s Arab Union. 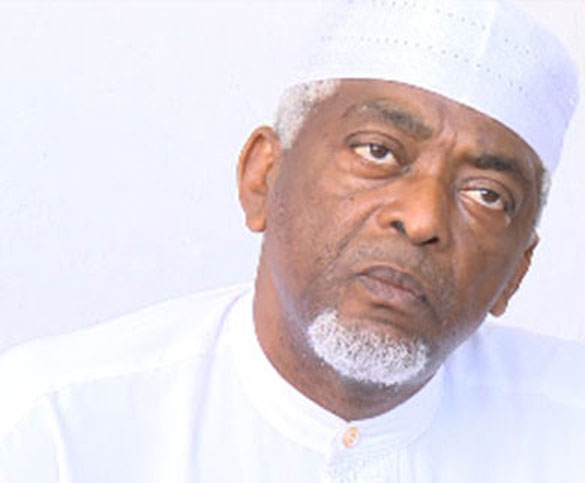 Café Fuerte conversed with Pedro Lazo Torres, known as the Imam Yahya and president of Cuba’s Islamic League (LIC), about the flowering of and the challenges faced by the island’s Muslim community. The 63-year-old Lazo Torres professes the Sunni faith and spoke about a religion that is practically unknown in Cuba.

There has been a growth in the number of people converting to Islam over the past three or four years. Cuba’s Muslim community is made up of 4,000 registered believers.

What work does Cuba’s Islamic League (LIC) do?

The LIC was created to make this religion known to people. It gathers most members of the country’s Islamic community. We also represent these community at all national and international forums.

Is the LIC recognized by the country’s authorities?

The LIC is a legally registered religious institution. It is registered in the Associations Registry under Resolution 89 of 2007, even though we had been operating since 2002.

How has Cuban society reacted to the Islamic faith?

We could say there exists Islamophobia around the world and that Cuba is no exception. People’s reactions are highly subjective and obviously based on a lack of knowledge about the Muslim world.

How many houses of worship are there in the country?

There are currently 10 houses of worship scattered across Cuba.

Are women excluded from the faith?

We do not exclude women, as some have led others to believe. We have some 70 women in our community here, mainly young women who have converted. The majority are from families that have converted.

What are you doing to divulge knowledge about Islam in Cuba?

We have no access to any official information medium to promote Islam, though we are legally entitled to do so.

Respect among Sunnis and Shiites

Considering the differences that exist between Sunni and Shiite factions in the Muslim world, how is it you are able to co-exist in harmony here?

There are Shiites and Sunnis in our Islamic community and we make a point of respecting all who think differently, no matter what their creed, or whether they are Christian or Jewish.

Does everyone has access to the Quran, the sacred book of the Muslims?

There are very few places where one can buy or get one’s hand on the Quran, but we have received many copies from our brothers abroad. At the last International Book Fair held in Havana, copies were given out in the Saudi Arabia pavilion.

A delegation from Turkey recently visited the island, supposedly to negotiate the building of a mosque in Havana. Do you think this will become a reality?

It would be magnificent if a mosque could be built here, but I do not believe that will happen, though other places of worship, such as the Greek and Russian Orthodox Church, have been built here.

Do you receive any kind of support from Cuban authorities?

No, we have never received any aid. The Cuban government is secular and I do not believe other religions receive such aid. What we have is equality among all religions.