Religion Vs Reason: Hoodbhoy Has Diagnosed What Is Happening to The Muslim Mind

Professor Pervez Amirali Hoodbhoy, who teaches physics and math at Lahore’s Forman Christian University, has been told that his contract will not be renewed in 2021. In the same week, the Punjab governor announced that all universities of the province would be required to teach the Holy Quran as a compulsory subject. 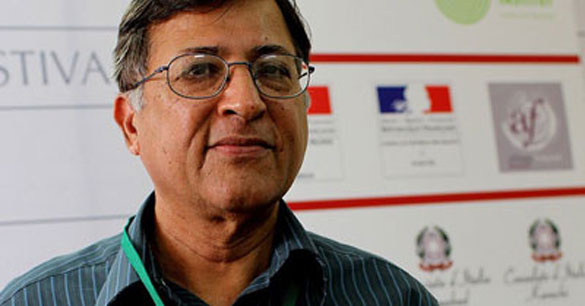 Hoodbhoy holds a PhD in nuclear physics and he objects to acts of state and society against reason. His book, Islam and Science: Religious Orthodoxy and the Battle for Rationality, explains the source of his trouble with the ideological state of Pakistan. It is not that he hates religion — he objects to acts of irrationality in the name of religion. The two scientists he most admires, S Ramanujan and Abdus Salam, were deeply religious.

He protested, however, when the Governor of Punjab Salmaan Taseer was murdered by his police guard when he defended a Christian woman accused of insulting the Holy Prophet under Pakistan’s Anti-Blasphemy law. Living under General Zia-ul Haq’s Islamic martial law, he got put off by a 1987 conference on “scientific miracles” in which Muslim scientists mixed religious miracle with scientific discovery. Pakistani scientists, encouraged by a funding of Rs 66 lakh (half of which was provided by Saudi Arabia), talked rubbish about science and demeaned the divine writ of the Quran.

The chief scientist of Pakistan, Salim Mehmud, tried to give himself a leg-up by making a hash of the theory of relativity by linking it with the “mairaj” (ascension) of the Holy Prophet (PBUH). Another scientist, lucratively employed at The Holy Quran Research Foundation, proposed that all energy-related problems could be solved by taming the “jinns” because they were made of fire.

Hoodbhoy has examined the roots of these ridiculous attitudes among Muslim scientists and has come up with a well-researched book about the maltreatment of the scientific principle in Muslim societies. He got the Nobel Prize laureate Abdus Salam to write its preface because the professor had already made a plaintive appeal to the Muslim world to spend money on scientific advancement instead of “conquering” science through dogma.

Hoodbhoy tells us that scientific facts are contingent. They are empirically proven but subject to change upon further discovery. In his view, it is wrong to link the eternal truth of Islam to this evolving understanding of the phenomena. Science is observation and logic whose predictability is not destroyed by the new understanding of quantum physics. For a believer, it is important to separate divine knowledge from empirical fact, but this separation should not impinge on the ferocious Islamic polemic against secularism.

Science in Islam was destroyed because it never became applied enough to involve the common man. Scientists were employed by the kings, but these scientists were at times killed after the death of the patron. The author quotes Syed Ameer Ali on Islamic thinkers who thought the scientific method anti-Islamic: Al-Ashari, Ibn Hanbal, Al-Ghazali and Ibn Taymiyya. He examines the case made by the leading Asharite Imam Ghazali against the study of logic and mathematics and thinks that this was to become the greatest intellectual hurdle against the learning of science. He criticises contemporary Islamic scholar Hussein Nasr for blaming the sciences for the misdirection of the Muslim mind. His critique of Ziauddin Sardar for introducing the polemic of secularism into the sciences is fair.

Hoodbhoy steps beyond the pale of anti-scientism when he gives statistics about the poverty of science-learning in the Muslim world. One has to helplessly concede that where Muslims control their societies, the one branch of knowledge that becomes neglected is the sciences. Hoodbhoy has diagnosed what is happening to the Muslim mind. This mind is not only producing strange reactions to the sciences; it is also trying to tackle the question of governance without separating the state from religious belief. The new coercive order spreading over Muslim society is not political, but intellectual. The tragic fact, however, is that this experiment is too late in the day and quite redundant in light of what the institution of the state has gone through in Islam’s own history and other civilisations.