On November 9, Pakistan’s Supreme Court granted bail to the owner of the country’s largest media group, the GEO, after a 10-month-long detention condemned by the rights groups as suppression of the press. The country’s not-so-legally-immaculate National Accountability Bureau (NAB) had accused Mir Shakilur Rehman of illegally leasing government land in 1986 and of having ownership rights transferred to himself in 2016 when ex-Prime Minister Nawaz Sharif was ruling Pakistan. 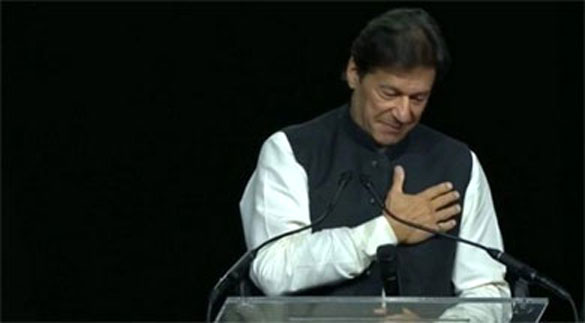 Normally, it doesn’t take that long for NAB to step back and let its inadequately challenged victim go. The courts were reluctant to touch his case till the Supreme Court thought the man had rotted in a NAB cell for too long without being convicted for a crime he was supposed to have committed 34 years ago. The NAB, of course, didn’t care; nor did Pakistan. In the World Press Freedom Index for 2020, Pakistan ranked 145 out of 180 countries.

Imran Khan’s Tehreek-e-Insaf — the last word meaning “justice” — looked the other way as if it actually enjoyed Rehman’s maltreatment. Deeper in the state, Rehman’s journalists had been roughed up over time, as in the case of Hamid Mir, a popular anchor in Rehman’s GEO TV, who was shot at in Karachi in 2014. In 2018, investigative journalist Ahmad Noorani was trailed for miles before being attacked with an iron rod on a busy street in Islamabad.

Then in 2020, Radio Free Europe reported that a prominent Pakistani journalist Matiullah Jan had been abducted in July from Islamabad by several men, only to be released after the kidnappers were satisfied that he had “learned his lesson”. In June 2018, a British-Pakistani woman journalist and columnist, Gul Bukhari was abducted for “a few hours” by “unknown personnel” in Pakistan. In February 2020, the Committee for the Protection of Journalists (CPJ) reported that “a Pakistan law enforcement agency” had threatened to slap terrorism charges on one of the country’s most prominent government critics, journalist Gul Bukhari. The CPJ said: “The Federal Investigation Agency (FIA) has asked Gul Bukhari, a columnist and democracy activist, to appear before an inquiry probing online propaganda against the government, national security organisations, and the judiciary.”

As if in response, the Imran Khan government urged the British government to take action against Bukhari for using “British soil for her nefarious activities” against Pakistan while abusing “freedom of speech rules and western values”. It went further: “Her venomous social media activities promote divisive tendencies and incitement of violence.”

TV anchor Hamid Mir’s top-rated show, Capital Talk, is popular among those trying to know the underside of Pakistan’s real politics. Declan Walsh, in his book Nine Lives of Pakistan (2020), tells us he was shot at in 2014 while going to Karachi: “As Mir was being driven from Karachi Airport, a gunman stepped onto the road. Bullets thudded into the vehicle. Mir dived onto the back seat. As the car zigzagged through the Karachi traffic, Mir speed-dialled his producer. ‘They’re killing me! They’re killing me,’ he cried. The car made it to a hospital where Mir was rushed into surgery. He had been shot six times — in the pelvis, bladder, legs, and shoulders.”

There are many “parties” working as “non-state actors” who may dislike your reports and come after you. In the interior of the province of Sindh, a journalist can be kidnapped and killed by an offended landlord called “wadero”. In 2011, Saleem Shahzad, a freelance journalist, was brutally murdered. Instead of its mandated six weeks, it took the five-member inquiry commission on his death six months, 23 meetings, and 41 depositions to present its findings. As expected, in its 146-page report, which was forwarded to Prime Minister Yousaf Raza Gillani, the commission said it still didn’t know who had killed Shahzad.

Original Headline:  In Pakistan, the media is intimidated by both state and non-state actors