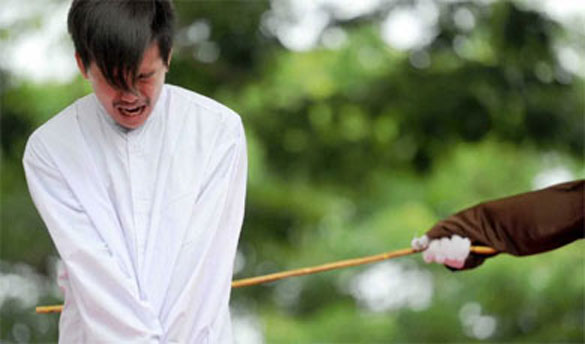 An Indonesian man is publicly caned for having premarital sex in Banda Aceh, Indonesia, May 23, 2017. Photo: AFP/Chaideer Muyaddin

Indonesia’s self-appointed morality police are at it again, this time featuring a university-educated member of the Commission for the Protection of Children (KPAI) who drew public ridicule by claiming that women risk becoming pregnant by sharing a swimming pool with men.

But what hasn’t tickled any funny bones is the recently leaked draft of a privately sponsored Family Resilience Bill, yet to be tabled before Parliament, which represents yet another effort by conservative Muslim politicians to intrude into the private lives of Indonesian citizens.

KPAI chairman Susanto asked Hikmawatty, 49, a nutritionist with a master’s degree in early childhood education, to explain herself and to provide him with the academic or other references she used to support her bizarre assertion. 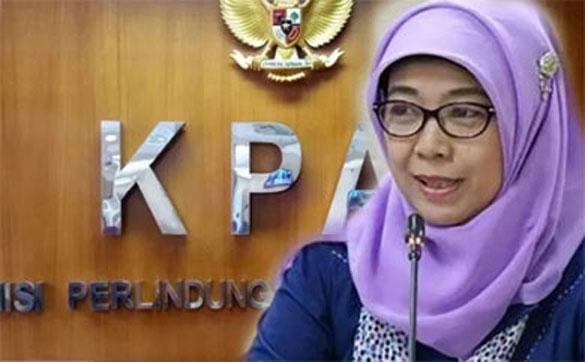 Commission for the Protection of Children commissioner Sitti Hikmawatty in a file image. Photo: Twitter

He didn’t have to wait long. Hours later, the veiled mother of four apologized for making what she acknowledged was an “incorrect statement” and pleading for it not to be disseminated any further.

But social media was already in full cry, with one netizen posting a picture of a full-body latex swimsuit, complete with condom, and another pleading with the Jakarta governor to fix the city’s floods before they cause too many pregnancies.

It isn’t clear what prompted Hikmawatty to make the claim. The closest she has probably come to a swimming pool was as a nutritionist for Indonesian athletes attending the 1995 Southeast Asian Games in Chiang Mai, Thailand.

There, Indonesian girls (swimming competitively in the same pool as men) won five silver and eight bronze medals – without any subsequent reports of pregnancies. For the record, the males secured two golds, three silvers and four bronze.

Hikmawatty is not new to controversy. Last year, she criticized clove cigarette giant Djarum for sponsoring a program aimed at developing the skills of promising child badminton players, claiming it was being used to promote smoking among the young. 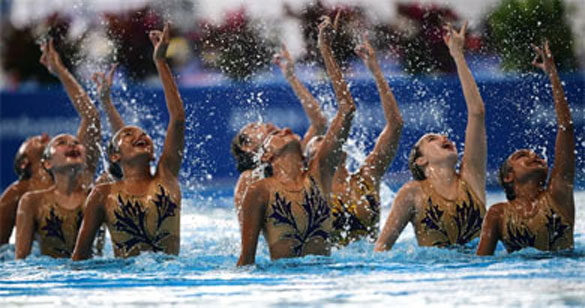 Djarum strongly denied the allegation, pointing to its long record of fostering Indonesian shuttlers, the country’s only sportsmen and women who consistently perform at world standards.

Like Hikmawatty, Minister Effendy made headlines around the world by suggesting that the Religious Affairs Ministry issue a fatwa under which “the poor are required to look for the rich (to marry) and the rich should look for the poor.”

A former university rector with a doctorate in military sociology, Effendy, 63, was previously education minister, a job now held by young ride-hailing entrepreneur Nadiem Makarim, who is seeking to fundamentally revamp a hidebound education system regarded as a major drag on economic growth.

The government claims 9.6% of the population, or 25.6 million people, still live under the poverty line in Indonesia. But if more realistic World Bank measures are followed, that figure balloons to as high as 39%, or 100 million, who live from hand-to-mouth.

Indonesia has a confusing habit of taking one step forward and then two steps back on social issues. Last September, Parliament was praised for raising the minimum marriage age for girls to 19, closing legal loopholes that for years have allowed for child brides.

According to UNICEF, Indonesia has the eighth highest number of child brides worldwide, with 14% married before the age of 18 and more than three million before reaching 15.

Wiser heads may also prevail with Parliament’s so-called “bedroom bill,” which among other intrusive measures criminalizes sperm and ovum donors, outlaws the use of whips and bondage, and enforces a “rehabilitation” program for the lesbian, gay, bisexual and transgender (LGBT) community.

In a fundamental throwback to a bygone era, one article in the legislation stipulates that husbands and wives “are responsible for performing their individual roles in accordance with religious norms, social ethics and prevailing laws.”

That casts the husband as the traditional bread-winner, who fulfils the family’s welfare and household needs and who also protects his wife and children from “mistreatment, exploitation and sexual deviation” – a code word for homosexuality.

The conservative Justice and Prosperity Party (PKS) and National Mandate Party both oppose passage of a bill currently before Parliament to tackle sexual violence, alleging that it promotes free sex and supports an LGBT community which Indonesians once freely embraced before it became an Islamic target.

One particularly moralizing provision in the new bill, hardly practical in poor households with limited space, even mandates separate bedrooms for parents and children and between siblings of different genders to avoid what it calls “incestuous relationships.”

In the wake of a civil society outcry, the ruling Indonesian Democratic Party for Struggle (PDI-P), the second-ranked Golkar Party and Defense Minister Prabowo Subianto’s Great Indonesia Movement Party (Gerindra), have all denied supporting the legislation. 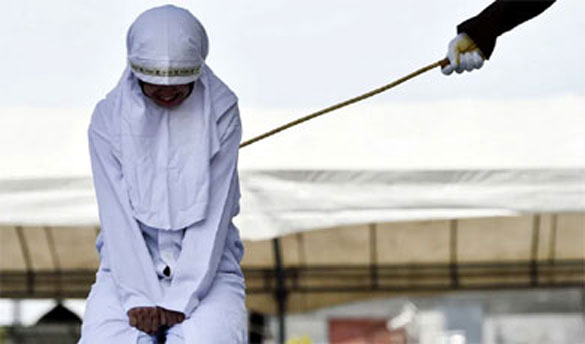 A woman is whipped in public in Indonesia’s staunchly conservative Aceh province as punishment for being too close to a man. Photo: AFP

“Not only does the state intend to enter our bedrooms, it also intends to dictate who should enter the bedroom with us,” says one prominent  businesswomen, furious that three of the bill’s five sponsors are her own gender.

Those include Ledia Hanifa, 50, and Netty Prasetiyani, 50, both legislators from the opposition Sharia-based PKS and two-term Golkar lawmaker Endang Maria Astuti, 53, all devout Muslims whose ideas are considered out of step with a modern state.

In one interview, Astuti asserted that modern women were too consumed with gender equality, which consequently made them feel more powerful than their male partners. “We want to simply return things to the way they should be,” she said.

Judging from their reaction on social media and with this writer over morning coffee, the modern Indonesian women she referred to were not impressed, calling it an attempt to roll back the hard work done to secure gender equality including in the workplace.

In a worrying sign of the haphazard way legislation finds its way on to Parliament’s agenda, Golkar parliamentary leader Nurul Arifin, a strong supporter of women’s rights, said she had been “blindsided” by Astuti’s support for the bill.

Legislation supporter Prasetiyani is the wife of a former governor of West Java, the country’s most populous province and a hardline Islamic stronghold which handed President Joko Widodo a resounding defeat in last year’s presidential elections.

Surrounded on all sides by West Java and the equally conservative province of Banten, it may be that which reinforced Widodo’s apparent determination to move the nation’s capital out of Jakarta and across the Java sea to East Kalimantan.