A part of Shiah Tayyibi Dawoodi Bohra denomination of Islam. 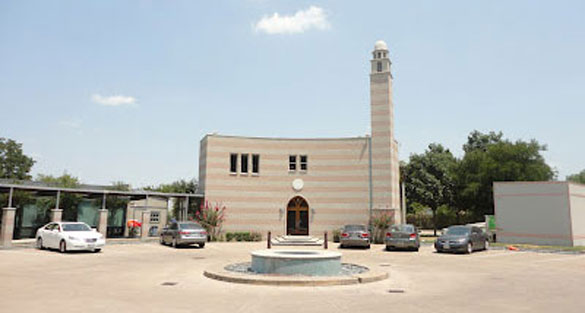 I am driven by the wisdom of Sura Hujurat 49:13. The reason we have conflicts with others and among ourselves is because we don’t know each other and shamefully, what we know is “cooked up” negatives about the other.

Today, I went to the Dawoodi Bohra Masjid for Friday Prayers, and as always, I walked out feeling good knowing that we all worship the creator, with our own uniqueness that is beautiful. Insha Allah, I will be visiting this Mosque for Iftaar this coming week.

God says the best among you are the ones who understand and know each other. God has not said to be mirrors or copycats of each other. Had he wanted, he would have punched all of us out of a factory with exact same specifications. Nope, he wanted each one of us to be unique with our own specific thumbprint, eye print, taste bud, colour bud, drink bud, scent bud and rituals bud. Respecting that uniqueness amounts to appreciating the creator.

I am blessed to have been to literally every place of worship of different faiths, and I simply admire the devotion of the individuals towards the creator, how one leans, bows, kneels or prostrates is unique to each tradition and it is beautiful. Like my daughter had said once, Gee Dad, God can be worshipped in so many different ways!

I urge Muslims to think about this… upgrading ourselves to be truly Mukhlookhul Aalameen, a universal being with whom everyone can relate, and who has no barriers between him (her) and another human.

Each denomination has its own addendum to the religious practices. The major denominations being Sunni, Shia, Ahmadiyya, Salafi, Alavi and Sufi - then within each there are many schools of thought and variations.

The Dawoodi Bohra is a small community,  but very active in building and maintaining good relations with fellow members of the community at large. They have always been a part of the activities of Local India Association and City of Irving.

Brother Tahir Hamid is one of the senior most (not by age, but duration of living in Dallas) Muslims in the area and has been active in keeping with the communities.  I met him again at the Masjid with his son Mustafa and nephew Mudar.

I want to share a funny anecdote; I have been a full participant in the domain of Rabbul Aalameen, under the mercy of Rahmatul Aalameen to have become a Mukhlookhul Aalameen, and a few have difficulty in placing me in a specific pigeon hole.

I have been called a Jew, Hindu, Sikh, Christian, Buddhist and a Baha’i, which I have appreciated. So the first person who meets me in the Mosque was all surprised - What is this Christian fellow doing in the mosque now?

Well I am not a Christian, never was one, but Christ is one of my mentors.  I was born a Muslim, and then remained an Atheist for nearly thirty years. I am in tune with Buddhism and Baha’i, equally beautiful faiths, but chose Islam some 15 years ago for the value it places on Justice and creating cohesive societies where no one has to be apprehensive or fearful of the others, and I align with that vision of a society.

Alhamd u Lillah, I am pleased to be a Muslim, however, it does not mean that other faiths are any less. Because of my name, I have had amazing experiences.

The Bohra community prays 4 Rakaats (units) of Farz (obligatory) Prayers on Friday, it is as though it is another day along with the Sunna and optional prayers, they also pray additional 4 units of prayers in conjunction with Zohar (Noon) prayers and Asr (late afternoon) prayers.

There was no Friday Sermon, as they were all up last night with Lailat-al-Qadr (the night of value) prayers. Each Mosque and each tradition observes a different day in the last third, between the 21st to 27th nights of Ramadan. God listens to the prayers in this night more enthusiastically, obviously when you have gone through the training of 20+ days, your Taqwa meters shows good reading (Taqwa is feeling a sense of closeness with the creator and emulating his qualities like forgiving, kinds, charitable, merciful and loving all of his creation).

When people line up for prayers, each one has a special prayer rug they pray on, leaving a lot of gap between individuals. In the Sunni tradition, there is usually a call for people to stand shoulder to shoulder.

One of my friends jumps at each one of the variations and becomes judgmental; I always challenge him to show me in Quran. He is the kind, who believes that Prophet Muhammad’s body, or the dead bodies of prophets do not disintegrate, of course there is nothing like that in Quran, a lot of it is hearsay. Every human body disintegrates, that is a normal part of creation. The greatness of Prophet Muhammad (pbuh) was, he never claimed to be divine, he said, he will die like everyone else and lived like everyone else.

The Adhan (prayer call) has an additional verse honouring Hazrat Ali, the spiritual head of the Shia tradition. A few Muslims need to free themselves from the severe programming to anxiously spit the words Biddat (innovation) at the drop of the hat.  We have the basic religion and cultural additions are tagged on to it, each tradition has its own influence, and we need to honour them and hold the tongue from pronouncing judgments.

Thank God for America, we are exposed to different traditions on a daily basis and have learned to separate the faith from culture. Other than the Hajj experience, you will not find God given diversity anywhere other than western democracies where Muslims of all hues come together without judging the other. Let me take that back, most of us leave the judgment about other's faith to Allah, some work on taking over that power from God and attempt to act like God pronouncing judgement.  In Indian democracy, there is some degree of integration, but still Muslims live in silos, and yet claim we are one religion without being one. Look at the matrimonial pages to understand how they make Islam un-universal.

I appreciated a very unique practice among Bohras today. The Adhan (prayer call) has two verses in it, where the Muezzin (caller for prayer) turns to the right and recites Hayya 'ala-s-Salah - Hurry to the prayer and then turns to the left and recites, Hayya 'ala-l-Falah Hurry to success; come to the right path and come to do good things… when the Adhan was recited, the entire Jamaat (congregation) did turn to the right and again to the left. That was unique!

Growing up in India, I was taught to remain quite when the call for the prayer was on. They did that at this Mosque, but I have been seeing people carrying on the conversation during the Adhan and it always puzzles me. However women folk have always done the right thing, pull the scarves over their head and listen.

Right after the conclusion of the prayer with Salam to the right and the left, they did a dua (supplication) which was recited in Chorus by the entire Jamaat. That’s a new learning experience for me, and they finished the prayers with an emotional call to Imam Hussein by hitting their chest with their right and left palms several times.

I am a slow guy during the prayers, and had to hurry from position to position in the prayers to catch up with the Aamil Saheb (called Imam in other traditions) during the Farz prayers. I was watching the people do the optional prayers with the agility and speed that I have not seen in ages, as a Kid I used to do that.

As usual, as I have mentioned earlier, we are all creatures of habit, during the Iqama (standing) position of the prayers, I could not drop my hands freely on the sides, and I had to place each hand on the other over my abdomen, as I was taught that way. It’s a funny feeling to drop the hands on the side; it feels like driving without a seat belt. Each one of us have our own habits that we form, they are not right or wrong, but feel in tune with the conditioning.

There was no Friday Sermon, and I ponder about it! It has become a ritual rather than a message sharing moment.

Except a few Imams in Dallas, most of the visiting or Adhoc Imams will not pass for a fact check. I don’t know how many of the members simply put up with it or swallow it. For example, a preposterous statement was made in one Juma that Muslims don’t get aids because we get our kids get married early on, and they don’t have a chance to get aids! Even our grade school kids know better than that! We don't have to build Islam on falsities.

It is not just Muslims; the story is same with others. I have heard the tall claims from clergies of most of the religions if not all.  My dearest friend Pastor Robert Jeffress of the biggest Baptist Church in Dallas will not pass the fact check either.

While it is a pleasure to listen to Pastor George Mason on Radio on Sundays, he is a pastor of another big Baptist Church in Lakewood, and he makes perfect sense.  I wish I could watch Joel Osteen frequently, if you don’t know him, Google him.  Most of his sermons can be easily converted to Islamic sermons by merely labelling the quotes from Quran instead of the Bible, they are very inspirational. I am working on one.  I have appreciated a few sermons of Imam Zia Shaikh, Imam Zia Kavakci, Ustad Nouman, Hamza Yousuf, Tariq Ramadan and Imam Feisal. Insha Allah, I would like to hear Imam Yaseen and other Imams  They connect with the people and are engaging speakers, speaking relevancy of Islam in our daily life.

Our sermons need to relate with our daily lives. If we tell the story of Abraham, we need to learn how it relates with our life today? Our kids will listen to them as courtesy, but that is not education. We need to do better than that. If you feel, this piece reflects some of your own thoughts; please share it in the comment section.

Insha Allah, next Friday, I will be in Westport Masjid or River Road masjid in Louisville, Kentucky.