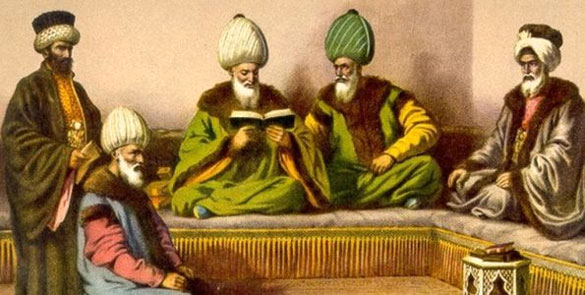 Nothing in Islamic culture makes sense except in the light of Tasawwuf. It was not till the 19th Century, under the influence of Orientalists, that Sufism began to be considered non-indigenous to Islam. Let us unfold these observations. Sufism understood as inner/spiritual dimension of Islam/Ihsan and defined in terms of key aspects by various Masters – “attention without distraction,” awareness of the present moment, doing everything in style or with an eye on beauty, sincerity of purpose, guarding against Nafs and all its guises, exclusive attachment to the Real, cultivating love/gnosis, science of stations/virtues, science of realization of freedom, Adab, giving everything its due, seeing everything in terms of beauty, journey within from the self/ego/psyche to the non-self/Self/Spirit, to be truly oneself or just to be and share the treasure of one’s being or presence – has been of vital importance for understanding Islamic culture and much of intellectual-religious-spiritual heritage of mankind.

Almost all great Muslim philosophers, sages, saints, poets, theologians, Imams/Mujtahids/revivers and seminal Ulema of all schools of thought have been/could be described as Sufis of sorts. Name ten greatest or most influential figures of Islamic history from the first formative phase to our times and seven would be Sufis and other three not untouched by it. Tasawwuf/Irfan is central or of significant interest to great missionary Sufis who helped in preaching of Islam, great Sufi figures associated with major shrines from Nizamuddin to Ajmer to Lahore to Sirhand, great early figures of Deobandi, Barelwi and Ahle Hadith schools in the Indian subcontinent, the greatest of modern Muslim thinkers from Iqbal to Nasr, the greatest scientists from Jabir ibn Hayan to Ibn Sina to Khayyam and to the greatest Sira writers, historians, theologians, novelists, poets, literary critics, artists and philosophers of the 20th Century. The Sufis have been central to ethics and its education in the Islamic world. Major texts that have been taught to this day are written by mystically oriented writers. As long as people are moral, Sufis would be revered as ideals. 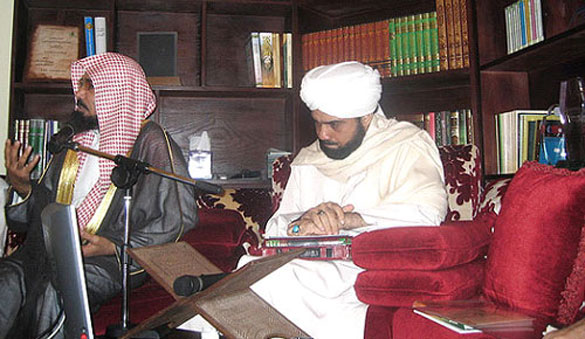 Muslim lives have traditionally been shaped by Sufi doctrines, rituals and legends. Take great art works from the Taj Mahal to Alhambra, great heritage of music and poetry that has nurtured us all and our ancestors – and we can’t explain without the vivifying and central role of Sufism. Hardly any sermon could avoid invoking them. From birth to death all kinds of ritual foods, initiations into different life stages, marriages, Niyaz, Urs and khatam functions, sacred relics (Tabarukat) display, science of invocations, chants, faith healing sessions and much of medicine, deciding dimensions of houses and their locations, choosing spouses and names of children, visiting our dead and celebrating their memories, giving away charity and functioning of shrines and most of waqf institutions, layers of our turbans and designs of our carpets, all are indelibly marked by Sufism. We can’t wish it away. Sufism is in the very air we breathe. You can oppose a few things but others you are all the time consciously or unconsciously celebrating. Name one critic of Sufism who is completely free of its significant influence.

Exiling Sufism as deviant would require one to invent new history, raze much of architecture, destroy all shrines, ban Sufi music and much of art, ban such figures as Hazrat Abdul QadirJeelani, Ghazali, Shah Waliullah and Mujaddid Alif Sani, not to speak of Ibn Arabi from public consciousness and consign Sufi poets including such world figures as Saadi, Hafiz, Rumi, Khusru, Bedil and Ghalib to dustbin besides dropping such philosopher-Sufis as Ibn Sina and Farabi, Suhrawardi and MullaS adra and our Iqbal and drastically editing out much of such influential figures as Khomeni, Shariati, Azad and Hasan-al-Bana all of whom engaged with Sufism/Irfan. Even the likes of Ibn Taymiyyah and Ibn al-Qayyim will have difficulty to find a place as they are Sufis in practice and have written volumes in critical appreciation of it. Amongst the great Imams of fiqh and hadith, most figures who had connections with Sufis or have been more or less practising Sufis and dozens of Quranic exegetical works inflected by certain elements of Sufi exegesis will have to be proscribed.

Opposing Sufism would entail rejecting esotericism in principle, privileging or even absolutizing letter/literalism at the cost of analogical, anagogical and symbolic interpretations; rejection of the science of Tawil besides many traditional sciences that have a metaphysical foundation, ignoring metaphor, myth and symbolism; reluctance in tasting something from the higher realities/heaven or suspecting existential/experiential participation in the meanings of revealed wisdom and denying value and claims of such perennially established spiritual practices/therapies as meditation or contemplation. In fact, as Pakistani scholar Shuja al-Haq has noted, “Sufi tradition is seen as a representation of the tradition, of a way of seeing and living, that formed the core or nucleus of pre-modern corpus of knowledge” and Pakistani historian, K K Aziz showed in the classic The Meaning of Islamic Art how Sufism is at the heart of the beautiful and the creative we experience everywhere in the Islamic culture.

Sufism for the Masters is not an ideology, a system of propositions or a new religion or a speculative enterprise or optional journey within oneself (Saer-I-Batin) but an invitation to explore for oneself serious questions regarding ultimate things one seeks to know and keep moving upward on the path of moral-intellectual-spiritual beauty/perfections. No disputes with anyone. It is to taste the joy of being a nobody and the peace of silence. The spirit of Islamic canon as of all scriptures besides the plain sense of many Quranic verses and hundreds of authentic prophetic traditions including significant number of sacred traditions (Ahadees-I-Qudsi) are best explained by Sufi interpretation – they constitute embarrassment for anti-Sufi/non-Sufi approaches.