When Did The Islamic Hijri Calendar Begin?

The month of Muharram is one of the sacred months

1.  Muharramul Haram is the first month of the Islamic calendar

3.  The Hijri calendar was first introduced in the time of Hazrat Umar (May Allah be pleased with him) after 17 years of Hijra

4.  Numerous acts of worship in Islamic law are linked to the Hijri calendar

5.  We should think whether we have done good deeds or bad deeds out of negligence that may make us among the losers in the world to come

6.  Did we take any step to teach our children what will be helpful for them in attaining success in the next never-ending life

7.  Let’s all promise to ourselves on this New Hijri Year that we will strive to please Allah in the remaining days of our life 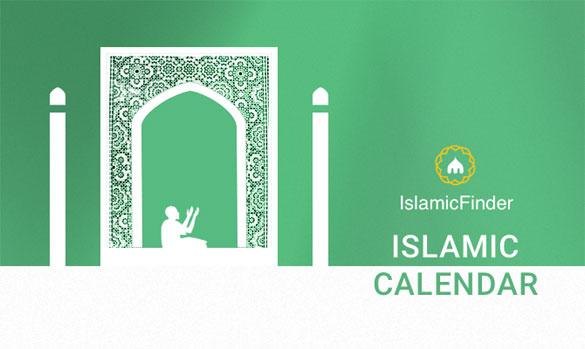 The question that strikes everyone’s mind very often is as to why the Islamic year started from the month of Muharram. The Prophet (peace and blessings of Allah be upon him) migrated to Madinah in the month of Rabi Al-Awwal.

Before I answer to this question, let's look at some points on which almost all historians agree:

1.       The Islamic calendar (Hijricalender) was not used in the time of the Prophet (peace and blessings of Allah be upon him). It was first introduced in the time of Hazrat Umar Farooq (May Allah be pleased with him) after 17 years of Hijra with the consensus of the then present companions (Sahabah).

2.       Although the Hijri calendar was introduced in the time of Hazrat Umar Farooq, the names and orders of all the 12 Islamic months existed for quite a long time back, even before the time of the Prophet (peace and blessings of Allah be upon him). And out of these 12 months, four months (Dhu al-Qa'dah, Dhu'l-Hijjah, Muharram al-Haram and Rajab al-Marjab) were defined as sacred months since ancient times. Allah the Almighty says in the Glorious Qur'an: “The number of months in the sight of Allah is twelve in the Book of Allah from the day He created the heavens and the earth, four of them are sacred. (Surah At-Tawbah, Verse 36)

3.       Before the introduction of the Hijri calendar, the year was named after various events in the Arabs. Due to which different calendars were prevalent among the Arabs. But each calendar started from Muharram.

As per the solar system, there are 365 or 366 days in the Gregorian calendar, while there are 354 days in the Hijri calendar. But all calendars have 12 months. In the Hijri calendar the month is either 29 or 30 days while in the Gregorian calendar seven months are of 31 days, four months are 30 days and one month is 28 or 29 days. The system of both the sun and the moon is made by Allah. Numerous acts of worship in Islamic law are linked to the Hijri calendar. Due to the difference of 10 or 11 days in both the calendars, the time of certain worships varies from season to season. This change of seasons is also a sign of Allah Almighty. We should pounder over and invite others to reflect on how the weather changes. Obviously, this is the command of Allah alone, Who created the seasons, and in each season He has ordained many things according to the seasons, as Allah says: “Surely in the creation of the heavens and the earth and in the alternation of night and day, great signs of Allah for those who have understanding and remember Allah while sitting and reclining, and reflect on the creation of the heavens and the earth, and say: Our Lord! You did not create all this in vain. You are free (from such nonsense). So save me from the torment of Hell. (Surah Al-Imran, Verse 190 – 191)

Let’s all promise to ourselves on the commencement of the New HijriYear that we will strive to please Allah in the remaining days of our life. We are enjoying life but we don’t know when the angel of death will take out our life. The Messenger of Allah (PBUH) said: “Take advantage of five matters before five other matters: your youth, before you become old; and your health, before you fall sick; and your richness, before you become poor; and your free time before you become busy; and your life, before your death.”(Mustadrak Hakim and MusannafIbnAbiShaibah) The Prophet (PBUH) also said: "The two feet of the son of Aadam will not move from near his Lord on the Day of Judgment until he is asked about five (matters):- 1) about his life - how he spent it; 2) about his youth - how he took care of it; 3) about his wealth - how he earned it; 4) and where he spent it; 5) and about that which he acted upon from the knowledge that he acquired." Dear brothers, we all have to stand one day before our Creator, Master and Sustainer and will be questioned as to what we have done with our lives by Allah Who is  nearer to us than our jugular vein, Who created us and is controlling everything.

All that we have gained from the last 354 days is nothing but a few sweet and bitter memories that we still have in our mind. Otherwise, we have forgotten all the past days as if we didn’t live them at all. What we actually should do on this occasion inspect ourselves by looking back at the passed days and trying to recall how many vitreous or evil deeds we have added to our ‘action sheet’. We should think whether we have succeeded to add such good deeds to the list of our actions that may benefit and bring happiness to us in the hereafter or have we, out of negligence and carelessness, got some more sins inscribed in the ‘action sheet’ that may make us among the losers in the world to come. We should realize if we observed the Islamic rituals such as Salah, Sawm, Sadaqa in the proper manner. Did we try to perform Salah with utmost humility and veneration (Khushu’ and Khudu’) or it was the same way we have been doing our worship since childhood? Did fasting helped us develop fear of Allah in us or it was a mere morning to evening starvation? Did we ever think of helping a needy person, an orphan or a widow? Did we rectify our behavior? Did we try to transform our conduct into that of the Messenger of Allah (PBUH)? Did we impart whatever religious knowledge we have to others? Did we take any step to teach our children what will be helpful for them in attaining success in the next never-ending life or was all that we cared providing them with modern education and worldly comforts? Did we try to help people during the running year or did we cause only troubles for them? Did we help the orphans and the widows or were we just spectators? Did we try to fulfill the rights that the Qur’an has upon us? Did we truly obey Allah and His Messenger (PBUH) throughout the year? Did we fulfill the rights of our parents, neighbors and the relatives?