Is Dance Really Against Islamic Teachings Or Contrary To Pakistani Cultures? 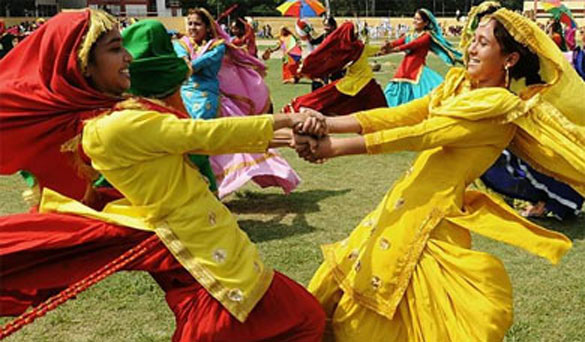 A party that is adamant to bring revolution to a minority of its nation seeks to put a ban on dances in private schools as one of the PTI lawmakers wrote a letter to Sindh government last month. According to Khurrum Sher Zaman, dances taught at schools are against the Islamic teachings and principles. Theatrical and musical performances that have been an integral part of both Islamic world and Sub-Continent are now considered to be abandoned in the name of Islam by these handful of people. As if the damage imparted in young brains through course work was not enough, we now have to sabotage what little arts remains with our children. Textbooks filled with war glorification under the military rulers, hatred for western imperialism and citizenship attribution to good Muslims only has already killed our reasoning for choosing our own friends and foes. Very little emphasis in curricula has been devised for arts and culture, which speaks volumes about our state of intolerance and impetuosity.

Mr. Zaman claims that promoting dances in schools is against the constitution of Islamic Republic of Pakistan. For most of us who give the sovereignty of the state to Mullahs and their version of political Islam, we tend to believe their word for it too. According to Article 28, any section of citizens having distinct language, script or culture shall have the right to preserve and promote the same and subject to law, establish institutions for that purpose. This not only explains the preservation of distinct cultures but also institutionalizing them as well.

Take Sindh, for instance, the region has three main folk dances i.e., Dhamal (performed at Sufi Shrines and Dargahs), Ho Jamalo (performed at the end of the programs that interpret the exuberance of folk legends of Sindh) and Jhumro (observed in respect of crops, performed by ladies). Similarly, KP has Attan (performed by Afghanis and Pakhtuns alike), Khattak (dance with swords and handkerchief) and Chitrali dance (conducted along GB and Chitral); Baluchistan folk dances include Leva (on weddings, other pleased events inside Baluchi tribes), Chap (clapping by men on marriages) and Jhumar/Jhoomar (slower and rhythmic) and Punjab has famously known Bhangra (performed at weddings and traditionally to mark Vaisakhi festival), Luddi (performed by women mainly), Sammi (originally performed by Sammi princess of Marwad on the romantic separation from Rajkumar Suchkumar of Rajasthan) and Giddha (performed in a ring by swing of hands) etc. These folk dances show historical evidences for co-existence of Islam and dances. Unfortunately, I fail to understand his understanding of association of dance with both religion and law.

Contrary to this, the general viewpoint is that in order to inculcate Islamic values in children we need to let go of our history and that of the world. We need to teach them morbid subjects that show the only way to protect one's identity is through violence, we need not instill characteristics of peace-building and negotiations as it will make them weak and gullible. We need not to explain to them that after World War 2, Iran was the first Muslim country to adapt folk dancing as the foundation of a national ballet. Theatrical dance performances in Anatolia and Konya are also as meaningless as any other. We should not teach them that there are Muslim countries that have liberal societies and still manage to keep their faith, why explain what happens in Indonesia? Even when it has more than 700 ethnic groups and all of them have their own dances. Dances are flourished in dance schools as well as in established government run art academies. Is the version of Islam followed in Pakistan any different than that of countries where Salafi Islam hasn’t been established? The Salafi or Wahhabi school of thought has clearly established that modernization and westernization are un-Islamic and only religious education must be given in educational institutions. So, if the so-called liberal democratic party such as Pakistan Tehreek-i-Insaf is institutionalizing the Salafi socio-political framework which excludes other sects and ethnicities (who wish to coexist), there is a bleak chance of any revolution to take place let alone any change. Needless to say Imran Khan’s façade of democracy lacks vision, for the basic element of democracy which entails “freedom of expression” becomes non-existent with such proscription.

When we fail to develop love for art literature, poetry, music and dance in our generations; we might as well deprive them of the instruments to think beyond the horizons we have established for them. The means to imagine cease to exist and their minds & souls are delved into harshness of the world. Chances are that if we cannot provide our children a world where they can learn, experience and practice both traditional and contemporary arts, they will suffer at the hands of intolerance, cynicism and an intellectual death.

Ayesha Khalid is studying Public Policy and Governance at Forman Christian College. She is interested in philosophy and social sciences and is a humanist at heart