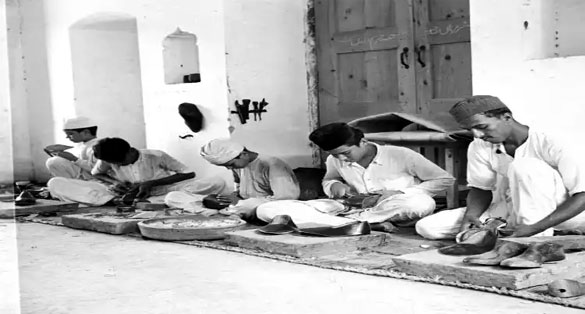 Children at a madrassa near Peshawar, Pakistan Credit: Ashfaq Yusufzai/IPS.

Mustafa Khan, who sells cigarettes by the roadside in a Pakistani village, has a simple reason for sending two of his sons to a madrassa, an Islamic seminary, and not to a proper school. “We cannot afford it,” he says.

“We don't have the money to buy textbooks and school uniforms. At the madrassa where my two older sons study, they are given free food besides an Islamic education,” Khan, who lives in Badshah Khel village of Khyber Pakhtunkhwa province, told IPS.

Khyber Pakhtunkhwa and the adjacent Federally Administered Tribal Areas (FATA) are now desperately trying to ramp up the education system and enroll more children in schools – to wean them away from madrasas.

Madrassas are widely seen as a breeding ground for terrorists in these two regions where the Taliban is very active and where acute poverty and militancy go hand in hand.

In September, the province launched a free enrollment campaign to bring 2.6 million out-of-school children into the education system, and 80,000 have entered the rolls since then, Atif says.

Curiously, many of the children who were registered in government schools were also found to be attending classes in madrasas.

“About 12,000 children registered in formal schools were studying in madrasas because their parents were unable to pay the fees,” he explains.

Khyber Pakhtunkhwa's per capita income is 900 dollars a year, far less than the national average of 1,380 dollars,” according to the Federal Bureau of Statistics.

Terrorism, closed factories and dwindling agricultural earnings are cited as the reasons behind the province's battered economy. It's a vicious circle, with poverty in turn driving children to the seminaries where food, clothing, lodging and, of course, schooling, is free.

According to a 2009 report compiled by the Khyber Pakhtunkhwa education department, there are 8,971 religious schools where 150,000 receive an Islamic education, studying the Quran and subjects like jurisprudence and the Hadith (the Prophet's teachings that form the basis of Islamic law).

“We have five million children who are given free education in 29,000 schools. We also provide free textbooks and uniforms to students,” says Atif.

But clearly, it is not enough.

Around 500,000 children and 200,000 children in the age group of 5-14 are out of school in Khyber Pakhtunkhwa and FATA respectively, according to their education departments.

“The government needs to enroll more students in formal schools to stop them from falling into the hands of the Taliban,” Muhammad Salar, a political science teacher at Abdul Wali Khan University tells IPS.

“Thousands of seminary students have been fighting alongside the Taliban,” Salar says.

The Bureau of Statistics says the monthly cost of education per child in government schools is less than five dollars, but many parents can't afford even that.

Parents also point out that there is no guarantee the children would get jobs once they complete their studies.

Things are particularly bad in FATA where 50 percent of children are out of school.

“Literacy in FATA is lower than anywhere else in the country because of militancy,” Manzar Ali Sajid, additional director at the FATA education department told IPS.

The literacy rate in FATA is a poor 36.66 percent for males and 10.5 percent for females as compared to the national average of 79 percent and 61 percent respectively, says Sajid.

Sajid says the government has approved a plan to have a second shift for schools from 2 pm to 6 pm to step up enrolment.

They have a big battle on hand.

FATA has 585 madrasas with an estimated 14,567 students. Around 750 schools in the area have been destroyed by Taliban militants since 2005, the education department says.

Dr Abdul Qudoos, an economist at the University of Peshawar, says Pakistan needs to spend more on education.

“We spend 2.1 percent of the GDP on education which is not even half of the desired five percent.”

Every time Pakistan’s education system fails, the madrasas step in.

Maulana Sami ul Haq, patron-in-chief of one of the biggest madrasas, Darul Uloom Haqqania in Khyber Pakhtunkhwa, says 4,500 students are pursuing religious studies at his institution.

“All our students belong to poor families and are given food, lodging, clothes and other items of daily use free of cost,” Haq tells IPS.

Students of his madrassa had occupied top positions in the erstwhile Taliban-led government in Kabul.

Junaid Shah, a part-time shopkeeper, sends both his children to the Darul Uloom Haqqania. “They stay and study there and get everything free. We just get to meet them every month,” he says.

He would like to give them more formal education, but like many economically deprived people in Pakistan, finds his options limited.