Arif Mohammad Khan and the Fate of Muslim Reform

Thirty years ago, a Muslim minister in the Rajiv Gandhi cabinet had to resign after publically championing the cause of reforming Muslim personal law. The Shah Bano judgment of the Supreme Court had provided maintenance for divorced and destitute Muslim women. While initially in support of the judgment, the then Rajiv Gandhi soon dithered and made a u-turn under the collective and vociferous opposition of the Ulema. In their wisdom, SC judgment amounted to interference in their personal laws which derived from the Shariat. Since the Shariat, was of divine origin, the Muslim Ulema argued that the SC had overreached its brief and thus its interpretation of a divine law was akin to meddling into the religious affairs of Muslim. Not only secularism was compromised through such a judgment, but the Muslim opposition went much further. 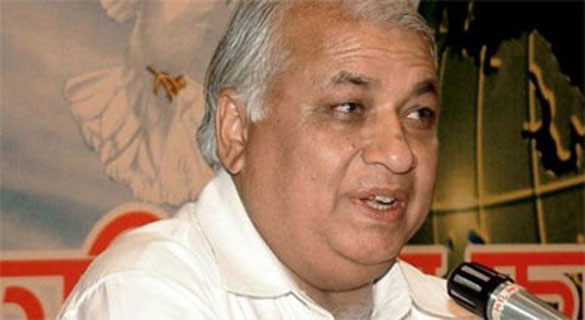 Led by Saudi ideologue, Ali Mian Nadwi, the Muslim Ulema would eventually argue that since Sharia was divine, no court in the world had the authority to pass judgment on matters which were matters of faith and belief. Muslim politicians like Syed Shahabuddin would echo the same argument in Parliamentary debates. Under such opposition, the government decided to enact a parliamentary law which would bypass the SC judgment on Muslim maintenance. The only person who spoke in favour of the act, Arif Mohammad Khan, had to resign as his position was no longer in consonance with that of the government.

In many ways, Shah Bano was a watershed moment for Indian politics for various reasons. For one it enabled the Ulema to come together on a single platform under the platform of All India Muslim Personal Law Board. Secondly, they had tasted success through a very convoluted logic of secularism which was interpreted to mean that the state should forgo claims of modernity and progressivism when it came to the Muslim community. Thirdly, since they were the organisers of the movement, the Ulema became the de-facto and de-juro leaders of the Muslim community. But more importantly, Shah Bano affair will be remembered as the context which gave fresh arsenal for the Hindu Right Politics in India. The BJP would raise tempers by campaigning for a Ram temple at Ayodhya and the rhetoric that was used in that movement was very similar to the ones which was used during the Shah Bano affair by the Muslim leaders.

After all, if the Muslims could argue that matters of religion and faith were beyond any court to pronounce upon, the Hindus could also argue that Ram temple movement was a matter of religious belief and hence lay outside the purview of the courts to pontificate upon.

It will be a mere conjecture to now think of the consequences of what would have happened had the then congress government not buckled under the pressure of conservative sections of Muslims. Perhaps it was a golden opportunity to do something about the discriminatory laws of Muslims since the Parliament debated the Hindu Code Bill. The Muslim community has lost the opportunity twice and both the times the state has abdicated its responsibility of legislating gradual progressivism.

But perhaps more importantly, Arif Muhammad Khan, the politician who wanted to reform the outdated personal laws became a pariah for all so called secular parties. It is one of the greatest tragedies that a person who stood up for women’s right among the Muslims found himself isolated and dejected. It is a greater tragedy that he could only find place in a party which is known for Muslim baiting. It is time perhaps to have a relook at how the mainstream so called secular parties have treated the question of Muslim reform.

In 2010, Arif Mohammad Khan published a book Text and Context: Quran and Contemporary Challenges (New Delhi: Rupa) which was basically a collection of his popular writings on subjects such as Islamic history, education and most importantly Muslim personal law. In pages after pages, we are reminded of his erudite exposition of some of the most pressing issues within Indian Muslim society today. Whether it is the case of triple Talaq, or the issue of monogamy or madrasa reforms, Arif Mohammad Khan is equally at ease with all these topics. What is most significant is his desire, which he executes successfully in the book, to show that Islam and demands of modernity are compatible with each other.

Thus this is not another politician penning his thoughts but a person genuinely bent upon solving the problems which has beset the Muslim community. What is perhaps most striking in his approach is that the solution to the problems does not lie outside Islam but within it and all that is required to be done is to do a careful scrutiny of Islamic sources itself.

Liberally quoting from the Quran, Arif Muhammad Khan is able to demonstrate that the call to reform personal laws of Muslims which are at the moment discriminatory is not un-Islamic but very much consonant with the prescriptions of equality and justice which are the cornerstone of Islamic faith. One can just hope that the Muslim community engages with the ideas of Arif Mohammad Khan more seriously.

A newageislam.com columnist, Arshad Alam is Delhi based writer