Islamic Guidelines on Epidemics Can Help People Cope With Covid-19

Religion is to guide human beings here and hereafter, notwithstanding the situations, circumstances, and natural disasters of all hues. Religions teach us how to protect the environment and nature and use them for the benefit of humankind. If we paid attention to its teachings, we will be safe from all-natural disasters we have faced.

Quran addresses humankind as the 'Ashraful Makhlooqat', the most superior of all the creations of God. Humankind is superior of all because Allah has bestowed upon them His finest wisdom and intellect to understand His signs and work accordingly. Learned religious scholars have practiced their intellect on the line of religious teachings and have saved humanity on various occasions. This world is not permanent, it has to end and it is the human being who will become the reason behind it.

The modern days' scientists have used the knowledge bestowed upon them by God for the devastation of human being more than its well-being. The knowledge of science could have been a boon for humankind but, thanks to the greed and sense of superiority of human beings it has become a bane. 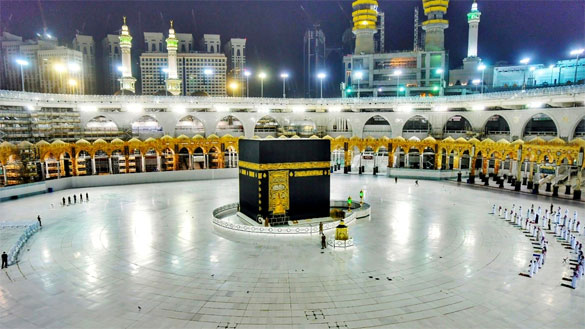 History shows that there have been devastating pandemics in the past also, therefor Covid-19 pandemic is not a bolt from the blue.

At present world is facing the deadly pandemic Covid-19. It is more than seventeen months old now but world scientists have not come to any conclusion regarding its signs and cure. The preventive acts are also not working as per the saying, 'prevention is better than cure. The cure; the Covid-19 vaccines are also in the early stages and is under study, creating a sense of doubtful fear. Anyways, something is better than nothing. It is better to take the jab and go with the preventive acts. 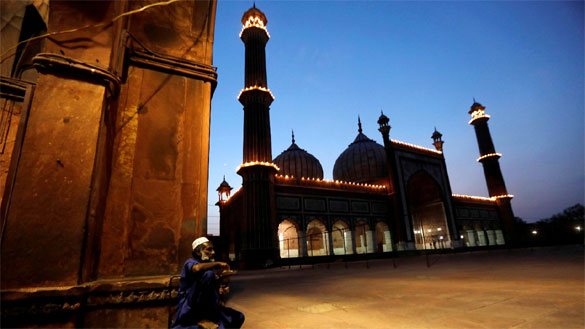 A man eats his Iftar meal next to Jama Masjid mosque at Iftar (breaking fast) time on the first day of the Muslim fasting month of Ramadan following the outbreak of the coronavirus disease in the old quarters of Delhi. (Image: Reuters)

Preventive Actions for All Kinds of Pandemics According To Islam

Quran and Ahadees have numerous Ayats and narrations which tell us that Islam has informed the believers of the danger of epidemics and pandemics centuries ago and has commanded to take preventive actions to keep safe of the deadly pandemics. Had Ayats and Ahadees been followed by the world, epidemics and pandemics would not have been so destructive. The preventive actions instructed by Islam are the rules of a healthy and clean life that even medical science is recommending now. In this regard, the Holy Quran says:

Precaution is better than cure, it is said. Had the precautions been taken early, the world today had not been mired in the deadly pandemic which has resulted in innumerable deaths, poverty and destruction of world economy. The Quran also advises taking advice from the people who are in the knowing. Consider the following verse:

And We sent not before you except men to whom We revealed [Our message]. So ask the people of the message if you do not know.  - Surah An-Nahl - 16:43 (Sahih International)

Because of the Covid-19, we are being advised to wash our hands at regular intervals and maintain distance as preventive measures but Allah, all Knower, has commanded its followers to keep clean in the following two verses:

The followers of Muhammad (SAW) are aware of his famous saying:

“Cleanliness is half of faith.” (Sahih Muslim)

Cleanliness being called ‘half of faith’ establishes its importance for Muslims. Thus those who perform Wuzu five times a day maintain the preventive measure of the present pandemic and Namaz thereafter is good for physical exercise creating immunity in the body.

According to other Ahadees:

The Prophet (PBUH) said: “When you cough or yawn, place your hand in front of your face (mouth) and lower your head.

Prophet (PBUH) said: “When an epidemic breaks out in the land where you are, do not leave and flee from it. When you hear of an epidemic outbreak in another land, do not go there.”

Cafer Karadas, professor of Divinity at Uludag University says that Prophet Muhammad (SAW) had described the importance of quarantine during his lifetime. He refers to the following widely known Hadees to prove his point.

“When you hear that [a plague] is in a land, do not go to it and if it occurs in a land that you are already in, then do not leave it, fleeing from it.” (TRT World)

Muhammad (SAW) on Shaking of Hands

An expert in the High Council of Turkey’s Directorate of Religious Affairs, Huseyin Ari, describes how Prophet Muhammad (SAW) refused to shake hands when he came to know of a member of the delegation suffering from a the contagious disease, as under:

Hadees on Prayers at Home

Narrated Nafi', "Allah's Messenger used to tell the Muezzin (who calls Azaan) to pronounce Azaan and say, Al Salat Fi Beyootikum" (Pray at homes) in place of "Hayya Alasalah" (Come for the prayer) at the end of the Azaan, on a rainy or a very cold night during the journey. (Al Bukhari, Book Call for Prayers)