Crying for A Loss Is Not Un-Islamic But It Should Not Be Against the Sunnah and Beyond the Permitted As Death Is the Only Certainty Mentioned in The Holy Quran. Also, the soul of the departed has to be given respect even if he or she was an unpleasant figure when alive. Now that he has gone, his conduct is for God to judge.

1. 1.    The corona virus pandemic has brought the world to its knees.

2. 2.    Allah commands to exercise patience as it is virtuous and rewarding.

3. 3.    Learn to lessen the grief of the bereaved people and families rather than increasing it by your wailing.

4. Some Muslims recently made distasteful remarks and videos about a journalist who was part of India's Rwandan media trying to foment communal hatred consistently for several years. This was wrong, certainly against Islamic exhortations in such matters. 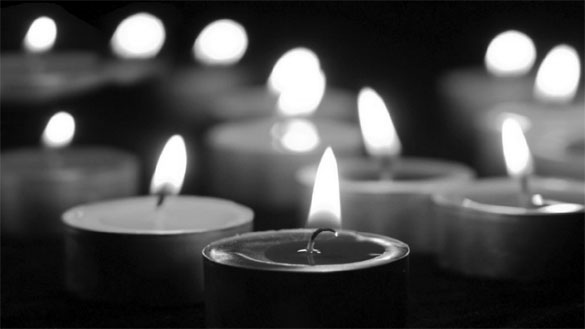 This world is in the grip of bereavement. It is facing the most damaging face of the pandemic Covid-19. Media are full of stories of loss of human lives in a way beyond imagination. Few had even remotely thought of something like this happening and that also continuing for such a long time, though history has seen many such pandemics and even far more devastating. . In words of Urdu poet Mir Taqi Mir

Almost all the governments and all the resources of medical science are trying their best to control the pandemic but to no avail. The world will be successful in defeating the pandemic and bringing relief from the damaging effects of the pandemic, Insha’Allah.

In recent times the lives consumed by the pandemic has brought the world to its knees. News of the death of friends and relative has become an everyday affair. Many of us become the reason for excessive grief for the bereaved families by our show of condolence and expression of grief by excessive wailing and uttering inconsolable words. The human being should learn to express his grief in a way that lessens the grief of the concerned people and families rather than increasing it manifold.

Be Patient on Your Loss

In no circumstances Allah likes impatient people. Allah knows the tragedy befallen on His people and does not forbid the expression of grief and shedding of tears on the loss of the loved ones but commands to exercise patience as it is virtuous and rewarding. Those of us who believe in ‘To Allah We belong, and to Him is our return’ have the promise of reward in the life hereafter as the Holy Quran mentions:

Those are the ones upon whom are blessings from their Lord and mercy. And it is those who are the [rightly] guided. (Al-Baqarah: 157) - Sahih International

And be steadfast in patience; for verily Allah will not suffer the reward of the righteous to perish. (Surah Hud Verse 115) - Abdullah Yusuf Ali

"The eyes send their tears and the heart is saddened, but we do not say anything except that which pleases our Lord. Indeed, O Ibrahim, we are bereaved by your departure from us." Then he turned his face towards the mountain before him and said, "O mountain! If you were as sorrowful as I am, you would certainly crumble into pieces! But we say what Allah has ordered us: (We are the servants of Allah and we will return to Him; We thank Allah, the Creator of the Universe)."

Humankind knows and it should accept what Allah, the All-Knower has said in the Holy Quran that every being on this earth has to return to his creator and that those who do good deeds will be rewarded paradise. Life on the earth is just a journey to eternity where we all have to return and live forever. The Holy Quran say:

Every being on earth is bound to perish. (Surah Ar-Rahman 55:26) — Dr Mustafa Khattab, The Clear Quran

"Everyone shall taste death. And only on the day of resurrection shall you be paid your wages in full. And whoever is removed away from the fire and admitted to paradise, this person is indeed successful. The life of this world is only the enjoyment of deception." (The Holy Qur'an:3:185)

Being a social animals, we  are bound to have expression and showing it from time to time. It is but natural. We live in a society that is made of a family, very close relatives, friends and unknown people we do not know but admire and feel for them. We, as a human being, participate in their happiness and grief and because of the sense of love and compassion we feel for the deceased and wail. Islam does not forbid its followers to condole and express grief on the loss of lives of their acquaintances but in a manner that does not show disrespect to the creator. Islam teaches us to feel for the deceased as per the way commanded to us by the Holy Prophet (SAW). A believer should try to console the grieving members by making them understand how much Allah, the Most Merciful likes the ‘patience’ and His remembrance in the form of Dua (supplication) at the time of grief. The bereaved members must be spoken of the pleasantries of the life hereafter and the necessity of remembering the deceased in good words. Allah, he Most Merciful says in the Holy Quran:

And We will surely test you with something of fear and hunger and a loss of wealth and lives and fruits, but give good tidings to the patient, Who, when disaster strikes them, say, "Indeed we belong to Allah, and indeed to Him we will return." Those are the ones upon whom are blessings from their Lord and mercy. And it is those who are the [rightly] guided. (Qur'an Surah Baqarah; 2:155-157) -  Sahih International

While mourning for the deceased human being must remember to mention to himself and the other mourning members the following verses of the Holy Quran that say:

"All that is on earth will perish, but face of your Lord will abide (forever), full of Majesty, Bounty and Honour" (Qur'an Surah Rahman; 55:26-27)

"Every soul shall have a taste of death and only on the Day of the Judgement shall you be paid your full recompense. Only those who are saved from the fire and admitted to Paradise (Jannah) will have attained the object (of life). For the life of this world is but good and chattels of deception." (Qur'an Surah Imran; 3:185) 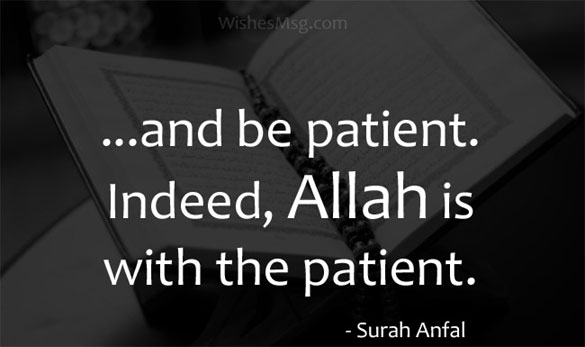 Like any human being on earth, our Holy Prophet Muhammad PBUH also lived a life where he went through many upheavals in his life, including illnesses and deaths of his loved ones. He wept as a natural human trait. It explains to us that the expression of the feeling of sadness is not anti-Islam. Prophet Muhammad (SAW)’s expression of grief teaches us that demonstration of grief is nothing but an emotional response of a kind heart to the loss of something precious. Consider the following Hadees:

The Messenger of Allah ﷺ visited Saʿd ibn ʿUbādah during his illness. He was accompanied by ʿAbd al-Raḥmān ibn ʿAwf, Saʿd ibn Abī Waqqāṣ, and ʿAbd Allāh ibn Masʿūd (may Allah be pleased with them). The Messenger of Allah ﷺ began to weep. When his Companions saw this, their tears also started flowing. He ﷺ said, “Do you not hear, Allah does not punish for the shedding of tears or the grief of the heart but punishes or bestows mercy for the utterances of this (and he pointed to his tongue).”  Sahih al-Bukhari, no. 1304

The above mentioned Hadees says that crying and feeling sad on a loss is not un-Islamic but it is most important that we do not utter anything that goes against the will of Allah as death is the only certainty mentioned in the Holy Quran on various occasions. It is known to all of us, the human being that Allah, the Most merciful is aware of the pain we go through on losing a loved one, therefore in response to our patience He forgives the sins of those who show their resolve and their faith in Him.

Following Ahadees are also needed to be mentioned to condole the demise of the loved ones:

"O Allah! Reward me in my calamity and replace my loss with a better one." (Sahih Muslim)

"Indeed! Whatever Allah gives or takes belongs to him and everything is predestined by Him." (Sahih Bukhari and Sahih Muslim)

Asking the believers to let not patience go out of hand, Prophet Muhammad (SAW) says that anger is the root of many problems that a human being faces. Anger is one of the causes that defeats the trait of human patience and urges him to do wrong deeds. Therefore control your anger on the demise of your loved ones and to control it the Prophet Pbuh asks to perform Wuzu in the following Hadees narrated by Atiyyah reported:

The Prophet Muhammad ﷺ said, “Verily, anger comes from Satan, and Satan was created from fire. Fire is extinguished with water so if you become angry, then perform ablution with water.”

Respect for the non-Muslims During the Times of Their Grief

Prophet Muhammad (SAW)’ life is a lesson for the believers in every respect and on every step of life. He has lived his life as an example of ‘mercy to the world’ as the following verse of the Holy Quran says:

Muslims should also pay respect to non-Muslims in life and death. According to a narration of Ibn Abu Laila Prophet Muhammad (SAW) stood in respect of the funeral of a Jew that was passing from His sitting place in Madina Munawwara. According to the narration:

“Qais Ibn Sa’d and Sahl Ibn Hunaif were in Al-Qadisiyyah when a funeral passed by them, so they stood up and it was said to them, “It is one of the local people [indicating to: Non-Muslim].” They both said: A funeral passed by the Messenger of Allah, (SAW), and he stood up. It was said to him, “It is a Jew.” So the Prophet said, “Was he not a soul?”

Given the above, where the Prophet of Allah showed respect to a funeral of a common Jew saying that the dead man was also a soul and hence it must be respected, the believers should also learn to pay utmost respect to any pyre or funeral of a non-Muslim. Muslims should also abstain from saying any disrespectful words for the dead persons.

There may be people you do not like because of their disgraceful, hateful and unlawful deeds in their lives. You may have been at odds with them while they were engaged in dishonest anti-social activities during their lives but in death, they are nothing but a soul and a soul does not deserve to be disgraced by any one way hence we must respect their dead bodies and their souls, as it is Allah who has created the universe and everything in it, and we must therefore respect His creation, come what may.

In recent times social media does come to life on the death of a certain person and starts condemning his/her unlawful and anti-social activities. It is not done from the Islamic perspective because we are not the ones to judge anybody’s deeds, it is for Allah, the Most Merciful to judge on the Day of Judgement. We must refrain from any such un-Islamic practice.