How Sufism Could Balance Salafism

Followers of the history of Islam would be surprised at the transition from widespread Sufi Islam to widespread Salafist Islam. However, they are less surprised when they notice that the rise of religious extremism has coincided with a cognitive shift, as Sufism by nature rejects extremism. Salafist ideology, meanwhile, often bases its religiosity on extremism. 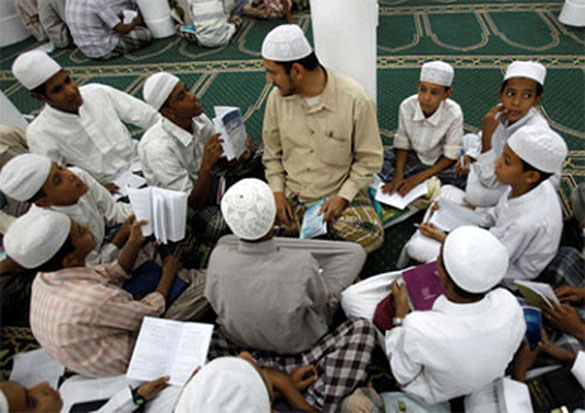 Political and social factors have helped set the stage for Salafist expansion in the face of Sufism. Moreover, the legacies of the colonial era in the Muslim world and the establishment of the State of Israel — which led to ongoing opposition in the Islamic world against the West — have provided fertile soil for revolutionary Islam in general.

Revolutionary ideology has been reflected in both leftist and nationalist circles during the last century. As the left and the nationalist parties failed to establish stable states in the Middle East, political Islam in the form of Salafism rose.

The tendency toward the Salafist ideology is the result of dogmatism, as well as hostility toward the other. This ideology thrives in unstable conditions and amid political and social crises.

Relations between Salafists and Sufis are hostile to a large degree, as Salafists consider Sufism to be heresy. They also consider Sufi religious practices to be polytheistic. Sufis build and visit shrines, and celebrate religious events with song and dance.

Sufism is culturally diverse, embracing cultures from India to North Africa. Sufi teachings focus on the spiritual rather than the political side of religion and tend to interpret main religious principles, such as jihad, as spiritual matters that one must tame and guide along the path of goodness.

Relations between Sufis and adherents of other non-Sunni religions and sects are largely friendly. This is especially true given the deep-rooted idea of pluralism in the eschatological salvation of Sufism, in addition to its diverse cultural nature, which makes it more open to neighbouring religions and cultures. Sufis and Shiites converge on esoteric and Gnostic aspects, according to famous Iraqi scholar Kamel Mustafa Shibi in his book, "The Link Between Sufism and Shiism."

In the context of sectarian conflict in Islamic history, no major hostility has occurred between the two sides although the Sufi majority used to adhere to Sunni doctrines.

In this context, Al-Monitor learned that a prominent cleric in Najaf, Sheikh Mohammed Sanad, called last week to reactivate ties between Shiites and Sufis in various parts of the Islamic world, in the framework of the fight against extremist Salafist ideology.

Salafists are equally hostile toward Shiites and Sufis, as they view these two denominations as heretical and not belonging to the true Islamic religion.

Saudi universities have made great efforts to publish books and articles responding to Shiism and Sufism, as they stem from the same corrupt origins, according to them. Moreover, many Sufi shrines and religious buildings have been demolished by Salafist groups in various parts of the Muslim world.

After the breakout of the Arab Spring and the rise of Salafist movements in some parts of the Muslim word, the conflict between Sufism and Salafism has intensified. In Egypt, for instance, Salafist groups have attacked many Sufi shrines between 2011 and 2012. The Shiite minority has been also brutally attacked. After the Islamic State (IS) took control of Mosul and other parts of north and west of Iraq, the organization demolished many Sufi and Shiite religious buildings.

The shrine of Abdul Qadir al-Jilani, the founder of one of the most common Sufi schools, or Turuq, in the world, is in Baghdad. The imam of this mosque, Sheikh Mahmoud al-Issawi, is seen as prominent Sunni clerics who maintain friendly relations with other religions and sects in Iraq.

Many Sufi Turuq are common in Sunni communities in Iraq, though they have witnessed a great decline since the faith campaign launched by former Iraqi President Saddam Hussein, which paved the way for attacks on the Sufi approach.

Although Salafists have great political power in the Islamic world, given the financial support they have been receiving for years from religious institutions in Saudi Arabia, Sufism is still seen as a widespread way of life in the Islamic street, from Morocco to India. This will play a great role in religious reform, which is much needed by the Islamic world to confront extremism.

A Carnegie Endowment for International Peace study of the Sufi-Salafist conflict in Egypt confirms that Sufism has sided with the liberal movement against the Muslim Brotherhood and their Salafist allies. This in turn is proof of Sufi support for democracy and political reform in Islamic countries.

The historical background and high prevalence of Sufism in the Muslim world will allow it to embark on the path of reformist religious and political projects in the Muslim world. However, it seems that many decision-makers inside and outside the Arab nation have turned a blind eye to this possibility.

Ali Mamouri is a columnist for Al-Monitor's Iraq Pulse.  He is a researcher and writer who specializes in religion. He is a former teacher in Iranian universities and seminaries in Iran and Iraq. He has published several articles related to religious affairs in the two countries and societal transformations and sectarianism in the Middle East.