I Felt Safer In Iraq Than I Do In Pakistan 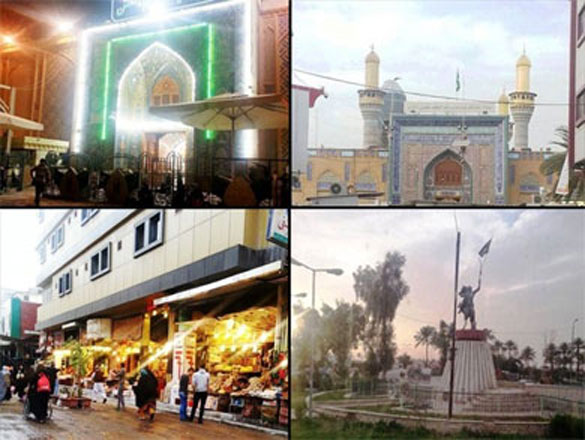 I could only logically conclude that the media was showing Iraq in a negative light. Photo: Ali Abbas

When I told my friends and colleagues about my plans to visit Iraq, I received much criticism and concerns. Understanding that Iraq, like Pakistan, is under a constant threat of terrorism, the response was much anticipated. But unlike Pakistan, Iraq has a history of hosting pilgrims and tourists – even in the face of adversity. And that was what made my resolve to visit this historically rich country even stronger.

Therefore, safety is hardly an issue for such visitors and same was the case with me. And strangely, I felt safer and more peaceful in Karbala and Najaf than I do in Karachi. The locals were warm, nice, and helpful. Regardless of the language barrier, they would make an effort to comprehend what we were trying to say. I say this because this wasn’t how the Arabs in Saudi Arabia were like. They were least bothered about what happened to pilgrims from outside the Arabian Peninsula. 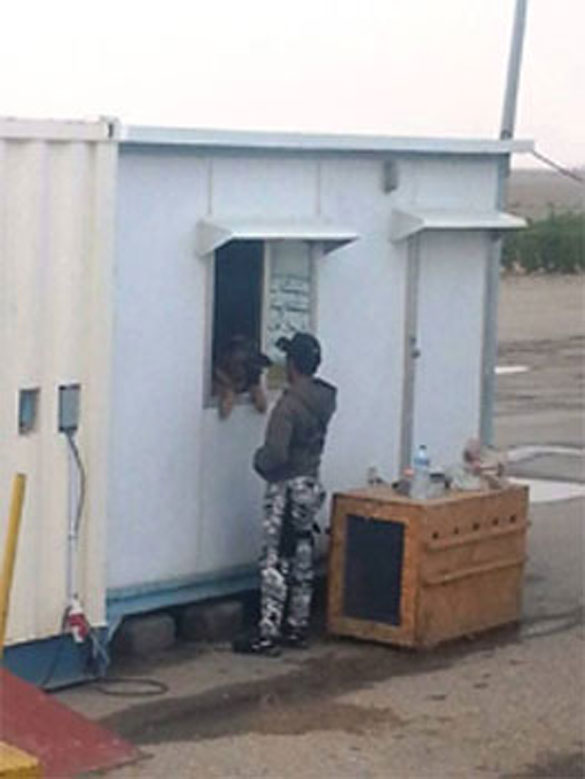 While initially my trip was supposed to be a spiritual one, by the time we reached to Kadhimiya, a town located in the northern neighbourhood of Baghdad, my political curiosity caught up with me and I became interested to learn about the socio–political scenario of Iraq. 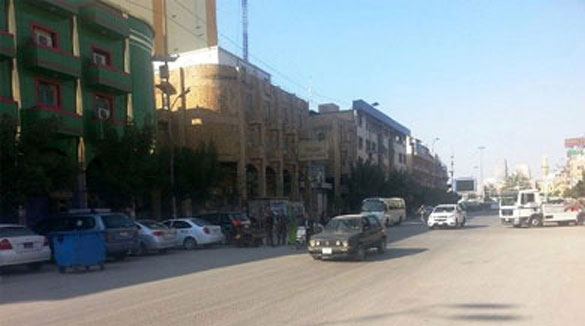 A Street near the Shrine of Karbala 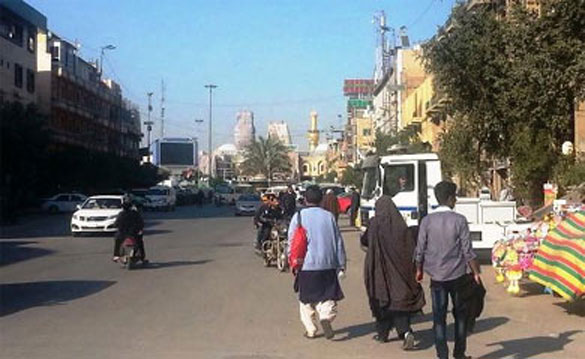 No security guard in sight

Upon talking to a few locals – in whatever distorted communication we could have – I got to know that recently the city of Akbar was taken over by the ISIS from the Iraqi army once again. We were told to be careful and stick together no matter what due to security concerns. During the entire journey, my family was surprised to see American and Iraqi soldiers on the roads. But much to our surprise, there wasn’t even a shadow of insurgency. No ISIS, no dying people and no fully-armed men in tanks.

Heck, people there looked happy and not at all worried. If I were not a Pakistani, I would have probably been really confused. I could only logically conclude that the media was showing Iraq in a negative light. 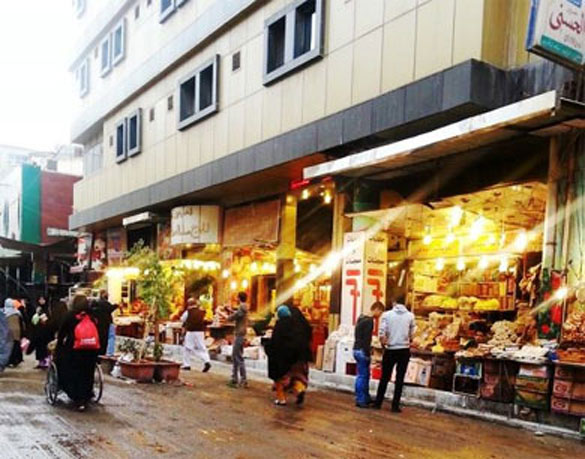 A Market near the Shrine of Imam Musa Kazim

Since curiosity had sparked, I wanted to gather more information as to where exactly the ISIS, the bombings, and the military were. As my Arabic language skills are non–existent, it took me some time to find local people who knew English. After much investigation, I met a political writer named Nazar al Haery. He has been selling rings with original stones (I verified) and is a Karbalai Arab – his ancestors was born and raised in Karbala. He was also a part of the revolution against Saddam Hussein in 1991. But when the army got to know of his activities and came to arrest him, he fled to Sweden for 10 years. Now, he’s back among his people in order to “serve his country”.

If that wasn’t interesting enough, I also got to know Ali, a 35-year-old Kurdish and a chemistry teacher. Look into the history of Iraq, and you’ll understand why this is interesting.

Coming to the point, Nazar told me that the ISIS threat is now limited to only four states. Some states are vulnerable, others are quite peaceful. Ali clarified that the ISIS problem and the bombing are mostly in central Iraq – Baghdad, Kirk, Dyala, Threct, Arben and Mosul. 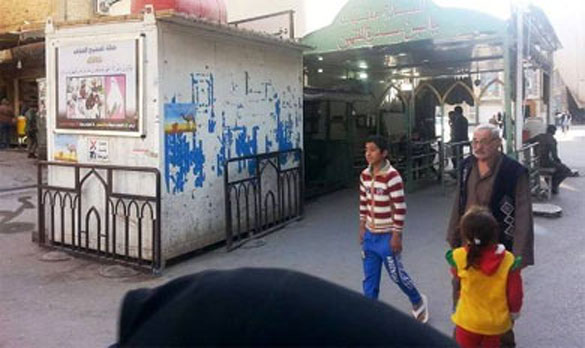 However, upon digging deeper into the matter, Ali pointed out that the problems in Iraq are not limited to the ISIS only.

“Religious and sectarian dogmas, obsolete remnants of Saddam’s dictatorship, national, religious, and sectarian intolerance are other major concerns of Iraq. In short, the local people are also hell bent on killing each other,” he said.

When I asked Nazar to share his opinion on the matter, he said that it is the very army of Saddam who provided the ISIS a safe haven. When I spoke of the role of the army and the new government, both Nazar and Ali commented that the army is doing what it can. Sadly, they aren’t very strong.

The Grand Ayatollah Sistani requested the men in Iraq to help the army against the ISIS, passing a fatwa that whoever dies in process will be a martyr. No wonder I saw people bringing coffins into the shrines in Najaf, Karbala and Kadhimiya. 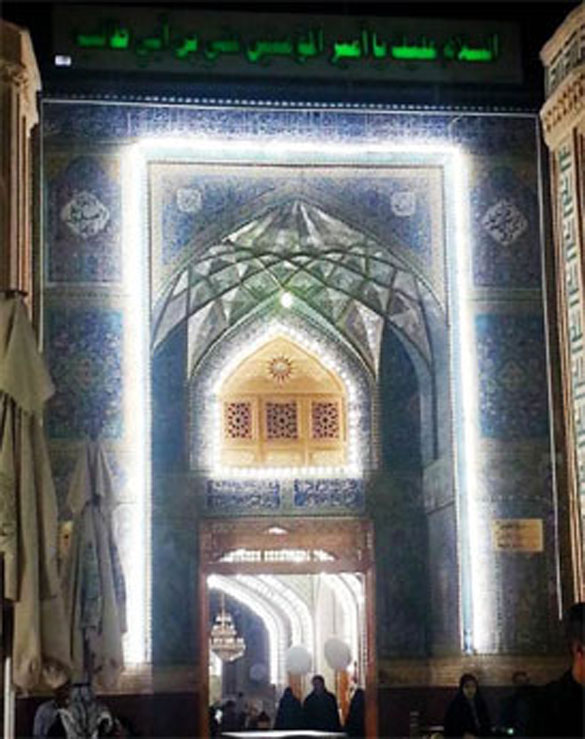 Shrine of Hazrat Ali in Najaf 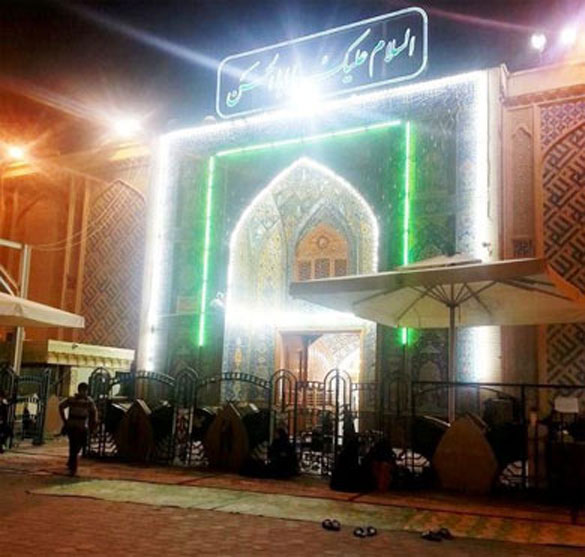 Upon asking how the new government is performing, Nazar commented,

“During Saddam’s time, if the army heard me say ‘Ya Hussain’, they would immediately have my head. And if he were soft-hearted, he’d imprison me for an indefinite time. The recent government is much better, but we want more.”

Even Ali agreed to Nazar’s stance on “wanting more”, but each time I probed them to tell me what exactly this ‘more’ was, somehow I couldn’t get a concrete answer. Was it the language barrier or were the real matters more complex and difficult to explain? I can’t say, but Nazar and a Pakistani immigrant I met in Iraq, both assured me that the situation is improving and that the threat is being contained.

Six years ago, there were bomb attacks in Karbala, a fact which was confirmed by my caravan guide, Izhar Malik, who has been visiting Iraq often since six years. Nazar with much conviction claims that the ISIS threat will be eliminated within six months. 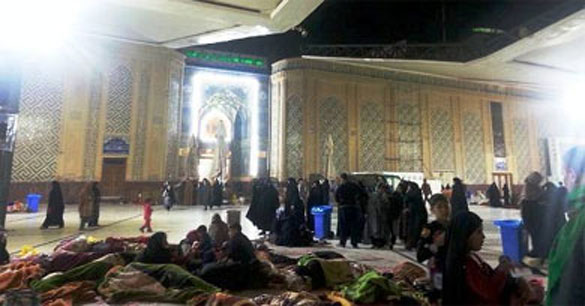 When I asked him if he is content with his life in Iraq, his response wasn’t very assuring. Ali, however, said that he didn’t care anymore.

If I were to make a conclusion, it would be that people assume the so-called reality of Iraq based on the news or the picture painted by the media, which gives a negative perspective about the situation in Iraq. Therefore, when my friend asked me if I had a death wish going to Iraq, I reminded him how the world views Pakistan, especially after the Taliban insurgency. 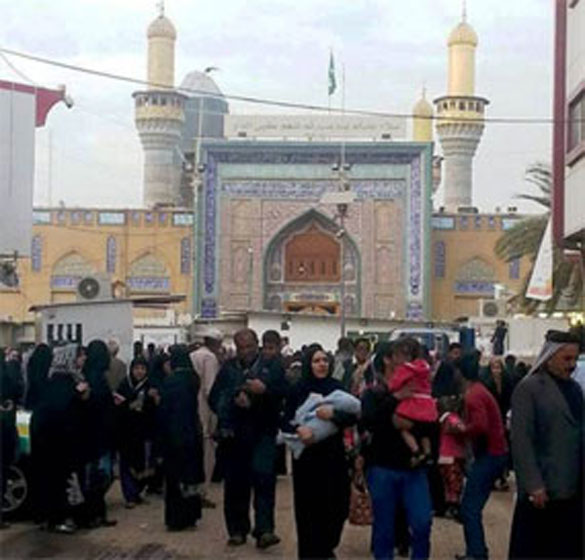 Iraq was at war with Iran for 10 years under the dictatorship of Saddam. Dictatorship itself can ruin a country, and Iraq has always been in a war-like situation since day one. But till we don’t visit a place and meet the people there, presuming the worst or the best isn’t really justified.

Whatever the facts are, my personal experience of Iraq was good. I didn’t have to check my pockets every second minute or keep an eye on my slippers in fear that they may get stolen. When the cell phone of a woman in our caravan was snatched (not on gun point), it was brought to her by a ranger, at our hotel, within an hour. That, added the with nice and warm attitude of the locals, especially the security people, has compelled me to conclude that such an attitude is odd for people stricken with war and terror, and therefore, things aren’t as bad as one might presume.

Sure, Iraq is not a dream resort but it is definitely not a hell hole. To assume whoever goes there, probably dies, is not true. Yes, there are safety concerns here and there, but as a country, Iraq is peaceful and welcoming.

Ali Abbas is a psychology graduate from the University of Karachi and has a flair for performing arts.