Tablighi Jamaat Is Guilty of Not Following the Most Important Principle of Islam; The Knowledge

Soon after independence, when Prime Minister Jawaharlal Nehru of India saw on Delhi roads thousands of skull-capped bearded men in white robes, worryingly he asked the Director of Intelligence Bureau (IB) to investigate who these people were, and whether there was any threat to the nation from them. After thorough investigation, the IB Director conveyed to him that there is no need to worry about them, as they are members of Tablighi Jamat (TJ), based in Nizamuddin, Delhi and there is no threat to the nation from them. Not being fully satisfied, Nehru enquired why there is no threat from them, the IB Director said, “these people only think about life below earth (meaning life in grave), and life above the skies (meaning life in heaven/hell); they are least concerned about this world”. That finding remains true till this day. 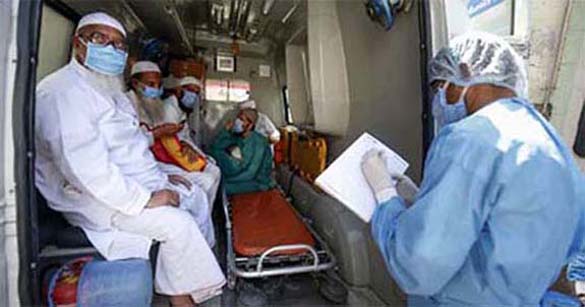 The mindless behaviour of TJ in not calling off their Delhi congregation, of nearly 3000 people, including around 900 foreigners, in second week of March 2020 in view of Delhi government banning any public gatherings of more than 200 persons, is as much a criminal act as the central government’s decision allowing it to hold it with hundreds of foreign delegates, who were not tested for the Covid-19 virus at the airport and quarantined. In fact, the Saudi authorities had suspended Umra pilgrimage to Mecca in February-end and the Maharashtra government on March 6 had withdrawn permission for holding TJ congregation of 50,000 in Vasai, Mumbai. After the sudden unplanned national lockdown was enforced from 25 March, Union government sends Ajit Doyal, the former IB Director and now National Security Advisor to Government of India, at 2.00 AM on 1 April to persuade 2500 Tablighis to shift them out from their headquarters, as many of them had tested Covid positive. This delayed government response was either deliberate or reflected a governance deficit.

How to explain this monumental lapse of TJ? Answer to this lies in its ideology and principles. Its aim is to give a “call” to Muslims to become better Muslims by adhering, not to the spirit of Islam, but to the rituals, practices and codes of moral behaviour. For them, it is sufficient to read the Quran in Arabic without understanding it. TJ sought to purge non-Islamic practices accrued by Indian Muslims from the Hindu ethos, as the first step towards the community’s regeneration. They want Muslims to follow the life of Prophet Mohammad and his companions in 7th century. TJ is a revivalist movement, founded in 1927 by Maulana Ilyas. Since then it has grown rapidly, and is said to have established its roots in over 150 countries with over 80 million members. It does not engage in a pluralist discourse. It is very introverted, and is not particularly interested in dialogue with non-Muslims. 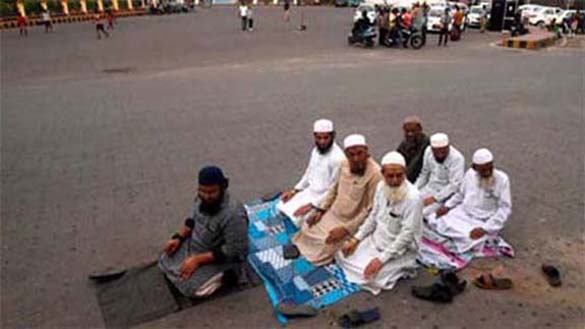 Successive Indian governments did not take cognizance of TJ as it was an apolitical body interested only in moral regeneration, not political transformation of Muslims. Because of this, its members get visas for their international congregations. “It is an apolitical, quietist movement of internal grassroots missionary renewal”, wrote Barbara Metcalf of the University of California. She compared its activities to the Alcoholics Anonymous for the efforts to reshape individual lives. Its apolitical character can be gauged from the fact that it did not express its views on political developments in India like mob lynchings of Muslims, law banning triple talaq, Babri Masjid verdict, or even the controversial Citizenship Amendment Act, 2019, all of which are affecting Muslims.

TJ is guilty of not following the most important principle of Islam, which is also one of its six principles, Ilm (knowledge). In fact, Islam came to end ignorance. The Quran and prophetic traditions emphasized that learning and scholarship are central to Islamic faith. The very first verse of the revelation of the Quran was a direct instruction for learning. The Quran ordains that the duty of every Muslim constantly is to seek knowledge (both – temporal and spiritual). It also emphasizes wisdom and guidance rather than the blind acceptance of tradition. Similarly, the prophetic traditions strongly support learning whether through travel to other lands or interaction with other groups.

Though Prophet of Islam himself was illiterate, he preached his followers “to seek knowledge, even if one had to travel to distant China”, as Chinese had made many scientific inventions. Muslims were urged to seek knowledge from any source. To the Prophet, the “ink of scholars was worth more than the blood of the martyrs”. Regrettably, Tablighis seem to be ignorant about this.

Probably most Tablighis are unaware of Ibn Sina (Avicenna), the scholar of medicine and a great philosopher, who suspected that some diseases were spread by microorganisms. To prevent human-to-human contamination, he came up with the method of isolating people for 40 days. He called this method al-Arbainiya (“the forty”). Traders from Venice heard of his successful method and took this knowledge back to contemporary Italy. They called it “quarantena” (“the forty” in Italian). This is where the word “quarantine” comes from.

Thus, the quarantine methods to fight pandemics have Islamic origins. It may be a mere coincidence that Prime Minister Modi had unwittingly quarantined the entire nation for 40 days (25 March to 3 May)! (Further extensions of lockdown were ordered, which is continuing till the end of 31 July 2020, though with some relaxations). If PM Modi had known its Islamic origins, it is doubtful whether he would have gone for (initial) 40 days lockdown.

TJ should know that knowledge, not rituals, is power. Since they did not go to China to acquire knowledge to walk the talk of their Prophet, at least now they should wake up to do so after Covid-19 travelled from China to their headquarters in Delhi.

TJ should learn about its surroundings in Nizamuddin, especially the interactions between Sir Sayyid Ahmad Khan and celebrated poet Mirza Ghalib (who is buried 40 meters away from it’s headquarters). In 1855, Sir Sayyid, after preparing a new edition of Abul Fazal’s Aine Akbari, requested Ghalib, who was 20 years elder to him, to write a Foreword to it. Ghalib was unimpressed by this edition. Though Ghalib wrote a Foreword, in poetic form, which was not liked by Sir Sayyid who returned it to him, he subsequently agreed with him after the failure of the 1857 mutiny. In the Foreword Ghalib said:

You waste your time.

Put aside the Ain, and parley with me;

Their style, their manner, their trade and their art.

After Ghalib’s admonitions, he founded the Aligarh movement preaching Indian Muslims to learn western sciences and knowledge. His Mohamado-Anglo Oriental College (1876) subsequently became Aligarh Muslim University in 1920. It is sad that TJ did not get any inspiration from Ghalib. If its founder had converted its headquarters as a University not only they would have empowered Indian Muslims, today they would not have been accused as “super spreaders” of Covid-19, “Carona Jihadis”, or “human bombs” by Hindutva forces and their sympathetic lapdog media.

Tablighis are also guilty of many other things.

First, they neglect and ignore their families, jobs especially by going out on long tours. Some teachers take two months leave to visit abroad for preaching – leaving their students at the mercy of God.

Second, TJ is undemocratic, as most of its head is only from the family of its founder. After the death of Prophet four Khalifs were unanimously elected by community leaders.

Third, Tablighis should maintain a judicious balance between worldly and heavenly life. Presently they are 24×7 thinking about life below earth or above the skies.

Fourth, it must be recalled that the Prophet never sent a party to other cities to spread the word of Islam for the first 18 years after revelation.

Fifth, in the age of pandemic and global terrorism, TJ should maintain records of their volunteers and members (at present it does not keep records).

Sixth, why Tablighis do not emulate Prophet’s entire life, as he was a great seer, an extraordinary leader, skilful administrator (having alliances with Jews and Christians), a great statesman, a military strategist, who fought with others in war.

We should ask: how many Tablighis have become good administrators, statesmen, soldiers in the army or strategic thinkers? Forget about these great qualities. How many of them have become at least good human beings, tolerating and respecting and interacting with their non-Muslim brothers? The recent examples of Muslims in Uttar Pradesh coming forward to perform the last rites of dead Hindus during national lockdown when their relatives/Hindu neighbours refused to perform them are worth recalling.

This should make Tablighis realize that these people are morally and religiously better Muslims. Unless the TJ focuses on “learning” rather than “preaching”, it cannot come of age.

Abdulrahim P. Vijapur worked as Professor of Political Science till February 2020 in Aligarh Muslim University. He worked as Chairman (2010-2013) of its Department of Political Science, and Director (2010-2013) of its Centre for Nehru Studies. He specializes in International Human Rights Law, Minority and Dalit Rights, Federal Nation-building in India, Islamic concept of rights and women’s rights. Previously he was Visiting Professor in Human Rights Studies in Jawaharlal Nehru University. He has been a Visiting Professor to ICCR (Indian Council of Cultural Relations) Chair at the Carleton University, Ottawa, Canada (2013-14). He also taught at South Asian University, New Delhi. During 2005-2007 he was Professor, Ford Foundation Endowed Chair in Dalit Studies at Jamia Millia Islamia, New Delhi. During 1996-19999 he was Director, Centre for Federal Studies, Jamia Hamdard, New Delhi. Email: arvijapur@gmail.com

Original Headline: Tablighi Jamat (TJ) Should Focus on Learning Rather than Preaching in the post-Covid-19 World