Manto on His Fifth Trial for Obscenity and His Illness

This is the second essay Manto wrote on his fifth trial for obscenity. It was the last time the state would harass him, and he would die soon after the trial. The piece was published in Naqoosh magazine's issue of March 1956, after Manto was dead.

In a previous issue of Naqoosh (February-March 1953) I had begun to write on this subject but wasn't able to finish it because I was really unwell. I'm still unwell actually and I feel I'll always remain this way (AP: Manto died on 18 January, 1955). 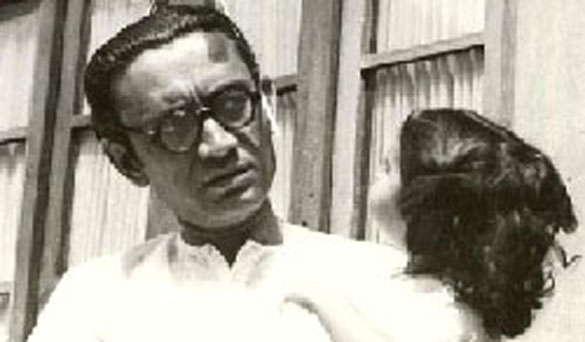 Some say this illness defines me — they mean the madness of my writing. After I wrote that first piece, Mr Tufail, owner and editor of this magazine, published an essay of his own, titled Mr Manto. Based on this, Ahmed Nadim Qasmi, who has unfortunately been appointed editor of Imroze, wrote a piece on me titled The Critic.

Mr Tufail's essay is in my opinion quite personal about me. Some of the things he's written about should not have been made public. No man is without his weaknesses, but why put them on display?

It's true that personal trivia about writers and artists is always interesting to read and reveals something about their character. But what's the point of such revelation when it brings the writer into disgrace?

On examination, it's clear that whatever he may have written, Mr Tufail's intent was not to do this. In his emotion, however, he said things that ought not to have been said — or said in this manner.

On reading it I wrote him this letter:

Last night Safiya (AP: Manto's wife) told me you'd written a piece on me in Naqoosh. Being very drunk, I couldn't read it properly. Safiya liked the piece and so read out some bits of it to me. I found it offensive.

I let off a volley of abuse against you and then I was able to sleep. When I read it in the morning I found I actually liked it. I cannot deny what you've written is true. I'm happy you showed no hesitation in writing this way about me.

Whatever I am may be found in this piece of yours — and there are some things in it that may have been in me, though I cannot feel them. Humbly

I don't want to say anything else about the piece. What is true I cannot escape. If I drink, I can't deny it. If I've borrowed money from someone that also is fact. If because of such things I am thought of as a bad man that's fine. If I had bothered constantly about how the world saw me I couldn't have been the author of a hundred stories.

Mr Qasmi wrote in his piece: "It's true that personal trivia about writers and artists is always interesting to read and reveals something about their character. But what's the point of such revelation when it brings the writer into disgrace?"

I don't know whether or not Mr Tufail's essay has left me in disgrace.

Anyway, let's carry on with my story. As you may have known from reading my earlier piece, this is the fifth time I was being tried for obscenity.

My friend Nasir Anwar and I reached Lahore station. Mr Tufail had already got us tickets, what remained was to now get seats. We also had the problem of carrying many beer bottles which also needed seating and there was no space on the train for them either.

I remembered an acquaintance, Yaqub Taufiq, was assistant station master here. It turned out he was on duty. He quickly arranged for a couple of seats and we were off for Karachi.

As they looked around for their seats, I said to the man: "Look sir, we're drinkers. We are carrying 15 bottles of beer. We'll get drunk and talk shit. You're clearly a good man and apparently with your wife. Its better you go to another compartment."

Now, as I'm writing this, Mr Tufail, who had come to ensure we boarded the train, remembered something. That man and his Burqa-clad wife went to the station master and told him about the two ruffians in their compartment. The station master was surprised and said he was talking about Saadat Hasan Manto, a thorough gentleman.

The man said: "No sir that man referred to himself as a drunk." Anyway, apparently they were given seats elsewhere and we were rid of them. The journey to Karachi was disgusting, even in second class (AP: This is from the time when there was also a third-class). The compartment was full of dust. It was only thanks to the beer that the ride was tolerable.

I had wondered about a hotel to stay in but, as usual, had no money. In any case, my wife had insisted: "You must stay with my brother." I pondered the line 'Saari Khudai Ek Taraf, Joru Ka Bhai Ek Taraf'. So I set aside the whole world and went to the wife's brother.

He's a decent man, and has a good job with an enormous flat. He welcomed us with great warmth and gave Nasir and me the flat next door to ourselves.

Now I had no desire to stay in Karachi. After 15 years in Bombay, this place had nothing new for me. The next morning we went to the magistrate's court. It was an ordinary building in which sat in a small-ish room the additional district magistrate.

I've faced courts in Lahore and was familiar with their customs and culture. That is to say, I knew they were places where there was absolutely no culture.

I stood before the magistrate with folded hands. He saw me and asked: "What did you want?" I was astonished by his politeness. I said: "Sir, my name is Saadat Hasan Manto. You've summoned me for my essay 'Oopar, Neechay Aur Darmiyan' on the charge of obscenity under section 292."

He said: "Take a seat." I wasn't sure whom he had asked to sit and so I remained standing.

When he noticed this, he said: "Please take a seat, Manto Saheb." I took a chair facing his desk. After a while he said to me: "Why didn't you come all these days?"

I said I had been unwell.

"You could have sent a medical certificate surely," he said.

I lied: "I was too unwell to do even that." He heard me and was silent.

Then he said: "What is it that you'd like done here?"

What I obviously wanted was to be rid of this damn problem. I also thought of Mr Tufail, who put up my bail and had to safeguard it by showing up early in the morning with two second class tickets.

I said to the judge: "Let me off. I want to go back home." He replied: "That can't happen immediately. I have yet to read your essay. Insha Allah I'll read it today and decide tomorrow."

Nasir and I said goodbye to him and went off to have a few beers. We took a motorcycle rickshaw, which I liked. Fut-fut it goes, taking minutes for a journey that might have taken hours. It wasn't even that expensive.

The next day we returned to court. The judge responded to my greeting and asked me to sit. This time I sat on the bench. He pulled out a paper and said: "I've written the order."

He looked at his assistant and said: "What's the date today?" the assistant said it: "Pachees." I'm a little hard of hearing and thought he had fined me that sum. A Rs 25 fine meant I couldn't appeal, and the sentence against me would stay. "Sir, a 25-Rupee fine!" I said to him.

I think he had actually fined me Rs 500 but when he heard the alarm in my words he smiled and changed it to Rs 25.

Nasir pulled out the money from his pocket, saying: "You've got off lightly. This appeal-shapeal business would have only brought more trouble. Remember the trial for 'Thanda Gosht'?"

I remembered — and trembled at the memory. I thanked God for letting me off easily in this case.

As we were leaving, the judge said: "When are you going back?" I replied "Probably today."

"I can wait till tomorrow," I said. He asked where we could meet at 4.

I gave him the name of the bars we had been drinking at, but he wasn't a drinker and so we settled on Coffee House.

We showed up 15 minutes late. The judge was already there. We chatted. After a while, he said to me with great affection: "Mr Manto, I think of you as one of the great writers of our time. I don't want you to think of me as unsympathetic to you."

I was amazed. "Then why did you fine me?"

He smiled: "I'll tell you the answer to that after a year."

It's been some months now, and a few months remain. Let's see what the magistrate, who appears to be a man of his word, reveals. (AP: Manto died soon after).