Rolf Harris, the Royal portrait painter, an artist, singer-entertainer, born in Australia, now living in England, awarded all sorts of honours and accolades rich and famous in the world, is now serving five years and nine months jail at the ripe old age of eighty four for his paedophilia!

The charges go back to acts committed from 1968. The case is expected to go to appeal.

Just like many other famous people in the world, Rolf had got away with crime for most of his long life. But now his victims have caught up with him!

Such crimes in the higher echelon of English and Western society; particularly in the ‘upstairs down stairs’ establishments of the upper classes was an accepted feature for ages. A quote by the famous socialite Mrs Patrick Campbell “Does it really matter what these affectionate people do — so long as they don’t do it in the streets and frighten the horses!” sums it well. But in recent years this culture seems to be changing.

So what has caused this change now?

For a non-social scientist two obvious reasons seems to be the economic and educational empowerment of women which has led to women boldly coming out to speak up without the fear of the ‘power’ exercised by the upper-classes.

The enlightened society in general is coming round to believe that these behaviours are unacceptable and are of criminal nature for it degrades human dignity as females are human too. Although some women may argue that even now the barriers and glass ceilings still exist to some extent in exercising fully that empowerment.

Does that mean that this enlightenment has caught up with all countries and societies? Are the Muslim countries an exception where these crimes are not committed?

The impression is given that they are free of the hideous practices, because women there remain silent sufferers and crimes are not reported in the mass media. Unfortunately these crimes occur there regularly too !

So here we should concentrate on Muslim society in particular and see why it is so?

Apart from the lack of education and economic advancements of females elsewhere, there is the biggest obstacle of religion!

Although such sexual crimes are treated as Sins, the culture is not to talk about them and if it is ever whispered, it is with a hand over the mouth. But generally it is believed that such things do not happen in the pious Muslim world where the clergy has a sway.

Homosexuality, though common in many Muslim countries, they fall into this category and yet this is never acknowledged. A culture of self-deception and “never tell” is so prevalent to maintain “honour”.

Religiously paedophilia, cohabitation with underage girls is treated as being a completely different issue within marriage and under the aegis of Sharia.

In many Muslim communities, particularly poor and backward ones, marriage to underage girls as young as six year old, has got the religious sanction and holy immunity under the voluminous canopy of Hadis; ostensibly as the reported sayings and doings of Rasoolullah – God’s messenger.

He is alleged to have married a minor named Ayesha, the daughter of his right hand man and companion Abu Bakr ‘Siddique’.

The marriage however, is reported as having been consummated three years or so after the engagement, that is, when the girl had attained the assumed physical ‘maturity’ at the age of nine years!

What is more is that this concession on the part of the man of fifty two is considered by many in the religious camp as an exception and an example of human kindness towards the little girl.

Hadis of this report by Muhammad Ismail Bukhari, a man from Bukhara, -hence Bukhari,- from Central Asia, born about 180 Hijri; is alleged to have compiled the authentic Ahadis. A reference from publication of Dr. M. Mohsin Khan of Islamic University, Madina, Sahih Al-Bukhari is given and chapter 43 No. 234 page 152 is quoted here in full:

“Narrated Ayesha (the girl herself): The Prophet engaged me when I was a girl of six years. We went to Madinah and stayed at the home of Bani-al-Harith bin Khazjraj. Then I fell ill and my hair fell down. Later on my hair grew (again) and my mother, Um Ruman, came to me while I was playing in a swing with some of my girlfriends. She called me, and I went to her a) -not knowing what she wanted to do to me. She caught me by my hand and made me stand at the door of the house. I was breathless then, and when my breathing became right, she took some water and rubbed my face and head with it. Then she took me into the house. Therein the house I saw some Ansari women who said, “Best wishes and Allah’s blessings and a good luck”. Then b)-she entrusted me to them and they prepared me (for the marriage). c) Unexpectedly Allah’s Apostle came to me in the afternoon and my mother handed me over to him, and at that time d)-I was a girl of nine years of age”. Hadis no. 235 and 236 and few more also refer to this topic.

So, are these reports the justification and religiously blessing for paedophilia, existing in the Muslim society and as being sanctioned by a Rasool? The italics are given so as the ‘thinking people’ would frame their questions with reference to them.

But mainly that --how would an ordinary man Rau’f Haarith, let alone if he was extraordinarily famous and decorated Muslim is to be judged in this environment?

The thinking and contemplating Muslims would also ask as to what does Quran, their source Book says? The book which the Rasool, the Messenger Muhammad compiled the divine inspirations for mankind, as their Code of behaviour to follow?

Briefly In this respect it gives these codes:-

‘Hand a girl over’ like an animal bought in the market!: 4-19, Oh you who believe! You are not allowed to inherit women against their will… an absolute command Laa Yahillu, not Halal!

A nine year old even a genius child, let alone a six year old cannot comprehend or understand the full implications of a covenant of marriage. The mature ability requirement of physical, mental and intellectual is expressed in the words of 4-6 Hattaa Izaa Blaghul Nikha and 6-153 and 17-34 Hatta Yablugha Ashaddahu. Till they reach complete maturity.

The constricted meaning of Balagha as just “physically grownup”, is a gross misinterpretation of “maturity”, required for both the man and the woman entering marriage.

This well-thought out misinterpretation has led to the necessity of guardians and supervisors for the ‘immature’ parties; so as to keep them under family control and for ever intellectually ‘immature’ and ignorant of their God given rights.

From the above the code establishes firmly that the parties concerned make their own decision at mature age and to make a commitment to share responsibilities of married life as husband and wife, mother and father and all the other obligations involved in the union of marriage, in the presence of witnesses.

How do the above Quranic commands, stack up against Muslim practices, based solely on the Apocrypha and belief in reports in the name of the Messenger and his message?

To pretend that these were pre-existing practices and customs of the age that the messenger too followed, is to deny the fact that, those were the very practices he had come to abolish. Or else why was he sent at all?

The Quran accuses these people at number of places in its text that their excuse is the age old pretext that ‘we found our ancestors doing it and we follow in their footsteps’.

Although Rolf Harris did not marry minors but he is convicted of taking liberties with them when they were powerless. 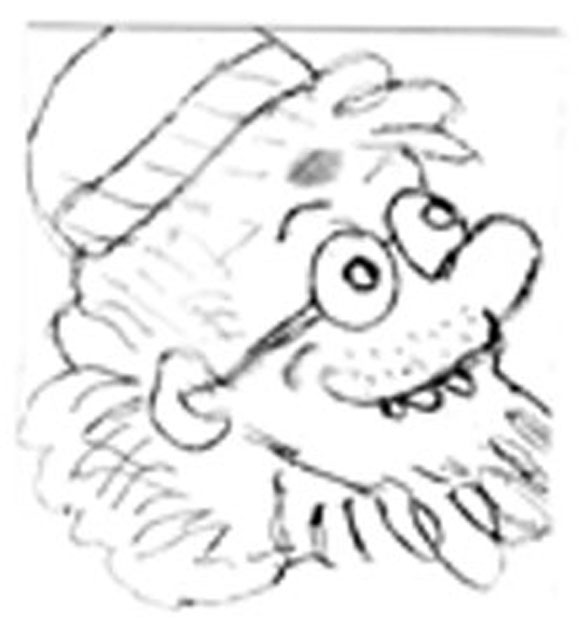 But fictitious character Rau’f Haarith a Muslim, is committing worst crimes under the sanction of his religions and their Sharia, by slandering and defaming a Messenger he claims to have committed to obey and is supposed to cherish.

The result is that his practices have given further ammunition to the fire power of his enemies. Ironically the ignorant Rau’f then cries wolf and protests as if it is the enemies who commit blasphemy by calling the Rasool Muhammad a “Paedophile” and therefore should be punished with a death sentence!

But Rau’f Haarith should be charged along with the late Bukhari instead, for multiple crimes and tried in the court of Justice; at least for defamation and slander of the Messenger he reveres.