A Sudanese court in May sentences a Christian woman married to an American to be hanged, after first being lashed 100 times, after she refuses to renounce her Christian faith.

Muslim extremists in Iraq demand that Christians pay a tax or face crucifixion, according to the Iraqi government.

In Malaysia, courts ban some non-Muslims from using the word “Allah.”

In country after country, Islamic fundamentalists are measuring their own religious devotion by the degree to which they suppress or assault those they see as heretics, creating a human rights catastrophe as people are punished or murdered for their religious beliefs.

This is a sensitive area I’m wading into here, I realize. Islam-haters in America and the West seize upon incidents like these to denounce Islam as a malignant religion of violence, while politically correct liberals are reluctant say anything for fear of feeding bigotry. Yet there is a real issue here of religious tolerance, affecting millions of people, and we should be able to discuss it. 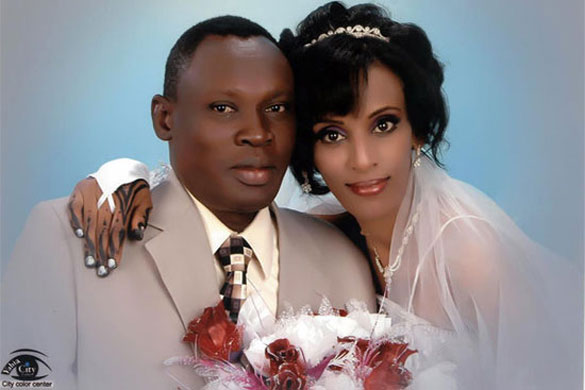 Meriam Ibrahim, whose father was Muslim but who was raised by her Christian mother, received a death sentence in Sudan after she married a fellow Christian, Daniel Wani. Her sentence was eventually overturned and she is now trying to leave the country. Credit Gabriel Wani

I’ve been thinking about this partly because of the recent murder of a friend, Rashid Rehman, a courageous human rights lawyer in Multan, Pakistan. Rashid, a Muslim, had agreed to defend a university lecturer who faced the death penalty after being falsely accused of insulting the Prophet Muhammad. This apparently made Rashid a target as well, for two men walked into his office and shot him dead.

No doubt the killers thought themselves pious Muslims. Yet such extremists do far more damage to the global reputation of Islam than all the world’s Islamophobes put together.

The paradox is that Islam historically was relatively tolerant. In 628, Muhammad issued a document of protection to the monks of St. Catherine’s Monastery.

“No compulsion is to be on them,” he wrote. “If a female Christian is married to a Muslim, it is not to take place without her approval. She is not to be prevented from visiting her church to pray.”

Anti-Semitism runs deep in some Muslim countries today, but, for most of history, Muslims were more tolerant of Jews than Christians were. As recently as the Dreyfus Affair in France more than a century ago, Muslims defended a Jew from the anti-Semitism of Christians.

Likewise, the most extreme modern case of religious persecution involved Europeans trying to exterminate Jews in the Holocaust. Since then, one of the worst religious massacres was the killing of Muslims by Christians at Srebrenica in Bosnia and Herzegovina.

It’s also true that some of the bravest champions of religious freedom today are Muslim. Mohammad Ali Dadkhah, an Iranian lawyer, represented a Christian pastor pro bono, successfully defending him from charges of apostasy. But Dadkhah was then arrested himself and is now serving a nine-year prison sentence.

Saudi Arabia may feud with Iran about almost everything else, but they are twins in religious repression. Saudis ban churches; it insults Islam to suggest it is so frail it cannot withstand an occasional church.

Particularly insidious in conservative Muslim countries is the idea that anyone born Muslim cannot become a Christian. That’s what happened in the case I mentioned in Sudan: The court considered the woman, Meriam Ibrahim, a Muslim even though she had been raised a Christian by her mother. The court sentenced her to die for apostasy; that was overturned, and she is now sheltering with her family in the United States Embassy in Sudan, trying to get permission to leave the country.

A Pew Research Centre study found Muslims victims of religious repression in about as many countries as Christians. But some of worst abuse actually takes place in Muslim-dominated countries. In Pakistan, for example, a brutal campaign has been underway against the Shiite minority. Likewise, Iran represses the peaceful Bahai, and similarly Pakistan and other countries brutally mistreat the Ahmadis, who see themselves as Muslims but are regarded as apostates. Pakistani Ahmadis can be arrested simply for saying, “peace be upon you.”

All this is a sad index of rising intolerance, for Pakistan’s first foreign minister was an Ahmadi; now that would be impossible.

I hesitated to write this column because religious repression is an awkward topic when it thrives in Muslim countries. Muslims from Gaza to Syria, Western Sahara to Myanmar, are already enduring plenty without also being scolded for intolerance. It’s also true that we in the West live in glass houses, and I don’t want to empower our own chauvinists or fuel Islamophobia.

Yet religious freedom is one of the most basic of human rights, and one in peril in much of the world. Some heroic Muslims, like my friend Rashid in Pakistan, have sacrificed their lives to protect religious freedom. Let’s follow their lead and speak up as well, for silence would be a perversion of politeness.