Fatwas Are Opinions, Not Laws

On 25 February, the Supreme Court ruled that Fatwas and diktats by muftis had no sanction in law. The two-judge bench observed, “Anything not sanctioned by the law need not be taken cognisance by anyone. The muftis can take up any issue and give a fatwa. But this will be akin to any common man’s view on an issue.” The court’s verdict is in accordance with the Sharia.

The Sharia distinguishes between a Fatwa and a Quaza. The former refers to the opinion given by a mufti when someone consults him on a personal matter. Fatwa literally means opinion and is not legally binding. It is applicable only to the person concerned, who can decide whether to accept it or not. Quaza, on the other hand, means judicial verdict. No mufti is allowed to issue a Quaza, which is the prerogative of a State-authorised court and binding on everyone. 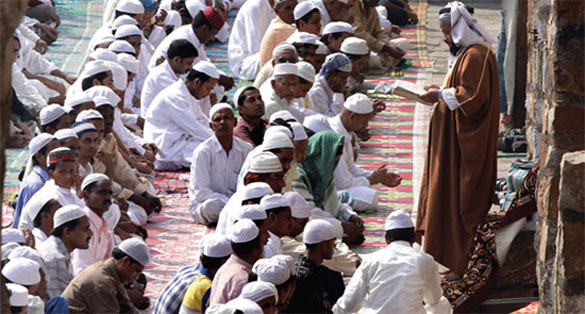 India is a secular country where the rule of law prevails. Laws enacted by Parliament are applicable to Muslims and the other communities equally. There is no reason for Muslims to insist on a separate Sharia law. They are free to follow the Sharia in matters related to Ibadat or worship, which is strictly a personal matter. But in social affairs, they must adhere to the same laws that apply to all the communities.

The British introduced the concept of a separate legal status for Muslims by enacting the Muslim Personal Law (Shariat) Application Act, 1937. Therefore, it is a British legacy and not an Islamic principle. The concept of legal separatism served the political interests of the British rulers. But there is no need to continue with this policy in Independent India.

The Prophet of Islam migrated from Mecca and settled in Medina in 623 AD. Although there were some Muslims in Medina ever before that, the Jewish tribes enjoyed the dominant position, economically and, perhaps, numerically as well. There was a Jewish court and the Muslims of that time used to refer their cases to this court. They never demanded a separate court.

Later, after the death of the Prophet in 632 AD, a number of Muslims left Arabia and settled in the neighbouring countries. History tells us that they accepted the legal system of the countries they settled in and did not demand a separate legal system. This is an example of the Sahaba, the companions of the Prophet. According to Islam, the example of the companions is a valid example. And it is also applicable to the Indian context.

Neither is it right to demand for a separate court nor is it right to establish a parallel system in terms of fatwa. Both are unwarranted. The only right method is that the Muslims must follow the law of the land just like the other communities do. They are allowed to practice their own method of worship, etc, in their personal life, but it is not right to demand a separate system of law for the community in India.

In the West, the Muslims have adopted a practical formula. Instead of demanding a separate law, they find ways to adjust with the existing laws. For instance, the law of inheritance in western countries is different from what the Islamic laws prescribe. Yet, as far as I know, the Muslims in those countries have never demanded a separate law of inheritance. Instead, they have adopted a very practical solution. To ensure that inheritance takes place in conformity with Islamic norms, they follow the tradition of writing wills.

According to the Quran, Islam has two parts: Deen and Sharia. Deen consists of the basic principles that are universally applicable. It consists of Ikhlas or teachings on sincerity, faith, moral values and worship that a Muslim must follow in every situation. These teachings are personal in nature, so there is no problem in following them in any society without creating trouble for others.

On the other hand, Sharia refers to social laws that are relative and subject to the conditions of a particular society. Muslims are not required to follow it in the absolute sense. They can adhere to it as much as the society permits. The Supreme Court’s verdict on Fatwas does not contradict any Islamic principle and Muslims in India should respect it.