In the narrow lanes of the old city of Ajmer in Rajasthan is a beacon that calls to the faithful, a shrine whose pearly white dome topped with a lotus and a gold crown sets it apart from everything else in the vicinity. 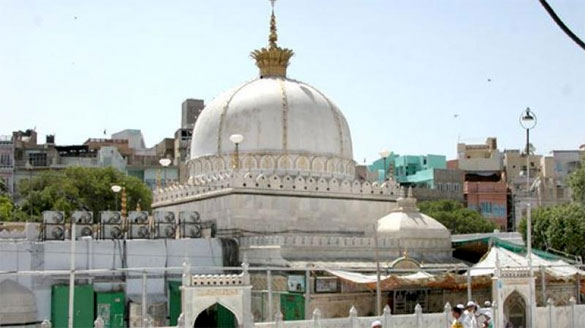 This is the Dargah Ajmer Sharif, the final resting place of Sufi saint Moinuddin Chishti who is believed to fulfil the wishes of the devout. Around 450 years ago, the Sufi mystic blessed a Mughal Emperor with an heir, and lesser mortals have been flocking here ever since.

As you approach the dargah (a shrine built over the grave of a revered religious figure), you are swept up in the scent of flowers arranged as offerings in neat piles in small, wayside stalls. The chants of devotees and the lilting echoes of qawwalis set the tone for a visit to one of the most visited Sufi shrines in India.

There is very little historical information available on the early life of Moinuddin Chishti before he arrived in Ajmer. Most medieval accounts on how he came to India are rooted more in legend than in historical fact and it is believed that he was born in Sijistan (modern-day Sistan) in Iran in 1141-42 CE. After his parents died when he was very young, he decided to spend his life in prayer and meditation. He later renounced all worldly pleasures and began his journey towards Bukhara (in present-day Uzbekistan) in pursuit of wisdom. There, he became a disciple of Chishti Saint Usman Harooni, and together they travelled to Mecca and Medina on reaching there he decided to travel to India, when he dreamt of Prophet Muhammad himself blessing him for his voyage to Delhi. 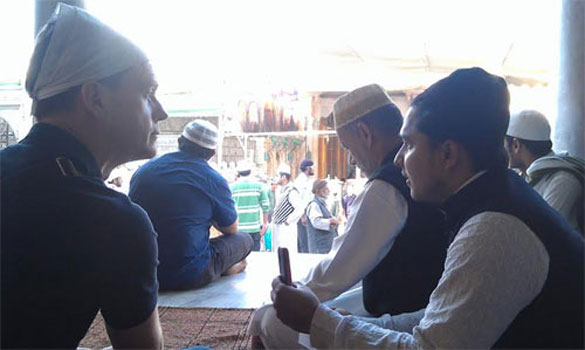 Moinuddin Chishti arrived in Ajmer at the end of the 12th century, after a stint in Delhi. It was in Ajmer that he became famously known as ‘Garib Nawaaz’ or ‘benefactor of the poor’ and propagated the Chishtiyya order, which is named after the town of Chico in Afghanistan, where it was first practiced. His enlightening speeches, full of theological wisdom, soon attracted people from everywhere which included the local population as well as the kings and nobles, and peasants and the weak, and his popularity grew in the region. Moinuddin Chishti passed away in 1236 CE, because he was so revered, the shrine that contains his tomb was patronised by prominent Islamic dynasties across India and is still visited by heads of state and other VIPs, apart from millions of devotees every year.

While it was originally no more than a simple stone grave with a cenotaph, additions to the tomb and tomb complex were made over the centuries, most notably by Sultan Mahmud Khilji of Mandu, then the capital of the Malwa Sultanate in present-day Madhya Pradesh, in 1455 CE. The Mandu Sultans also built a mosque in the complex that was later extended by Mughal Emperors Akbar, Jahangir, Shah Jahan and Aurangzeb. 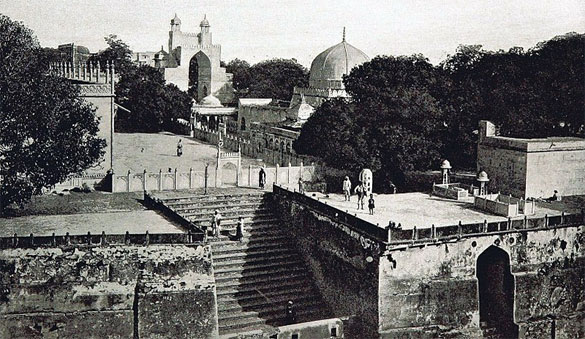 If we believe Abul Fazl, author of the Akbarnama, then the first visit of Emperor Akbar to the shrine in 1562 CE was due to how beloved the dargah was among the local people. He visited the shrine again in 1568 CE, this time on foot all the way from the Mughal capital Agra, to fulfil a vow he had made earlier, asking for a son and heir.

A son was indeed born to the Emperor, and he named him 'Salim' after another Sufi saint, Salim Chishti, whose dargah is in Fatehpur Sikri. Akbar was so grateful that when Salim (later Emperor Jahangir) was born, he made liberal donations to the Ajmer Dargah, including a huge cauldron used to cook meals, which is in use even today.

The early Mughals had a special association with Dargah Ajmer Sharif and both Dara Shikoh and Jahanara Begum, children of Mughal Emperor Shah Jahan and great-grandchildren of Emperor Akbar, were born in Ajmer. In fact, Jahanara Begum was devoted to Khwaja Moinuddin Chishti and even wrote his biography titled Mu’nis al-Arwāḥ.

The Ajmer Dargah has been patronised by various Emperors and Sultans across the centuries, including Muhammad bin Tughlaq, Sher Shah Suri, the Mughal Emperors and their families, down to the Nizams of Hyderabad and the Nawabs of Arcot in modern times. Interestingly, in 1911, on a state visit to India, Queen Mary of England visited the dargah and donated Rs 1,500 to pay for the repair and roofing of the Hauz (tank) in front of the Mahfil Khana. This hauz is now known as the ‘Victoria Tank’.

The shrine complex is approached through the Nizam Gate, named after the Nizam of Hyderabad, Mir Osman Ali Khan, who built it in 1911. The complex inside consists of many white marble buildings arranged around two courtyards. The Akbari Mosque commissioned by Mughal Emperor Shah Jahan is the centrepiece. The complex includes the saint's domed grave and eight more graves of his family members. 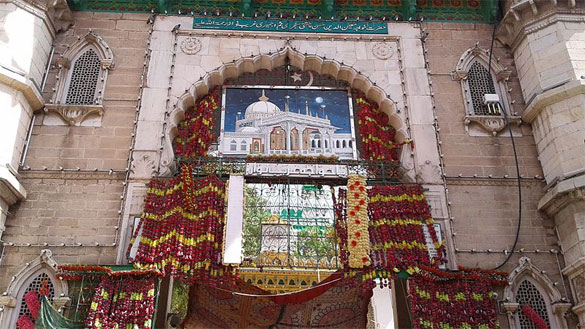 There are two other gates to the shrine complex – the Jannati Darwaza and the Buland Darwaza.  The Jannati Darwaza is located on the west side of the shrine adjacent to the tomb of Gaiti Ara, daughter of Shah Jahan who died young. The doors of this gate, coated with silver alloy, are opened only four times a year, twice on the Eids (for one day each), during the annual Urs (for six days around the month of March), and on the 6th of Shawwal, the Pir of Khawaja Saheb (after Eid-ul-Fitr).

The other gate is the Buland Darwza built by Sultan Mahmud Khilji of Mandu. Before the beginning of Urs Sharif, a flag is hoisted atop this gate with grand ceremony on the 25th Jamadiulsaani for Khawaja Saheb's Urs or death anniversary, which begins from Rajab 1st (the 7th month of the lunar calendar around the month of March-April).

Overlooking the Ajmer Dargah to the east is a handsome porch known as Begami Daalaan built in 1643 CE by Princess Jahanara, the favourite daughter of Emperor Shah Jahan. This beautiful portico was used by the Mughal women during their frequent visits to the shrine.

The main shrine in the complex, which houses the grave of Moinuddin Chishti, has a silver Chaparkhat (canopy) inlaid with mother-of-pearl work, endowed by Emperor Jahangir. There is a silver Katehra (railing) with an arch to the south, between the four poles supporting this Chaparkhat. There is another outer, silver Katehra at a distance of 2 feet around the grave. Devotees are brought into this room to offer flowers and prayers at the grave. The domed ceiling is covered with luxurious velvet Chatgiri.

Inside the complex, there are two huge Deghs or cauldrons to cook food that is distributed to devotees during the Urs. These massive cauldrons are on either side of the Buland Darwaza, in front of the Saham Chiragh (courtyard lamp). One of them was a gift from Akbar and the other from Jahangir. They are fixed into the masonry, and a mixture of rice, sugar, ghee (clarified butter) and dried fruit is cooked for distribution to the public as Tabarruk. The bottom of the larger cauldron, which has a diameter of over 10 feet, cooks 70 rice mauds (2,800 kg) while the smaller Degh takes 28 Mauds (1,120kg). 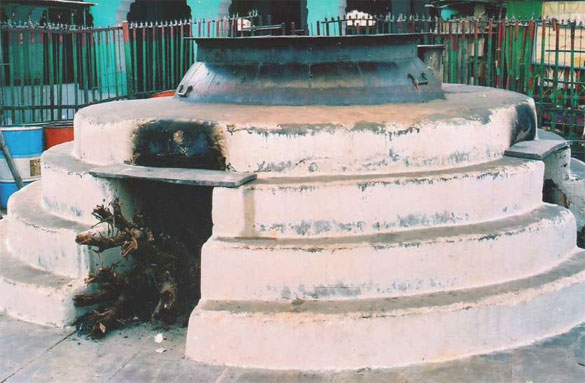 Ever since it was established, the dargah of Khwaja Moinuddin Chishti has been visited by both Hindu and Muslim devotees. Even today, around 150,000 pilgrims pray at the dargah every day, as a mark of gratitude towards the Sufi saint.

Source: The Live History of India