Hazrat Nizamuddin Auliya is also known as Mahboob-e-Elahi, meaning the Beloved of Allah. According to the Islamic calendar, this year the 709th Urs celebrations of this great Chishti Sufi master commence on the eve of February 28. The festivities held in the courtyard of his Dargah are marked by recitals of the Quran, Quawwalı and distribution of food; culminating in a qul (a collective prayer gathering) the following morning. 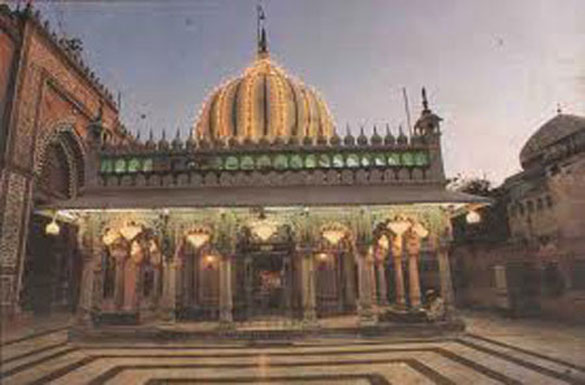 Hazrat Nizamuddin Auliya is also known as Mahboob-e-Elahi, meaning the Beloved of Allah

The Dargah of Hazrat Nizamuddin is my favourite place in Delhi, where I feel his soothing presence. It is the soul of the city and probably the only place in Delhi where one experiences a culture that has survived for seven centuries.

The Dargah is representative of Delhi’s language, poetry, food, music and architecture. Just as in the life of Hazrat Nizamuddin, the Dargah continues to attract people from all sections of society, irrespective of class, creed, gender and faith.

Hazrat Nizamuddin Auliya’s teachings added a new dimension to the understanding of Islamic ideals. He often said that the quickest and surest way to please God was to bring happiness and cheer to the human heart. He taught that one should earn a livelihood through honest means, keeping a minimum of wealth and distributing the rest to those in need. He emphasised that looking after the destitute had greater value than formal religious rituals and practices.

Healthy debates were encouraged at his Khanqah, hospice, and the Sufi master insisted that there should be no expression of anger during such dialogues.

He reiterated that the love of God should be the sole motivating factor for those who seek the righteous path. A firm believer in nonviolence, Hazrat Nizamuddin said that the use of violence created more problems than it solved. He proclaimed revenge to be the law of the jungle saying, “If a man puts a thorn in your way and you also put thorns in his way, there will be thorns everywhere.”

People considered Hazrat Nizamuddin to be the most fortunate man alive, but he felt otherwise. “No one in the world is as sad and unhappy as me. Thousands of people come to me with their trouble, afflicting my heart and soul. Strange is the heart that sees sorrow and not moved by it. Lucky are the mystics who retire in the mountains and jungles.”

The Sufi saint’s approach to religion emanated from the concept of God as an all embracing reality pervading the ethical, intellectual and aesthetic realms. In a disorderly and chaotic world, the teachings of the great Sufi masters remind us to become activators of compassion and about the necessity of understanding religion as an inclusive experience.