On August 14 and 15, corresponding to the 17th and 18th of the Islamic month Shawwal, falls the 710th death anniversary, Urs celebrations, of Hazrat Amir Khusrau. Quawwali compositions by him will be sung in the evenings at the courtyard of Hazrat Nizamuddin Auliya, where the Sufi poet rests.

Amir Khusrau is one of my favourite mystics and I love listening to Quawwalis in his spiritual presence at the Dargah compound. 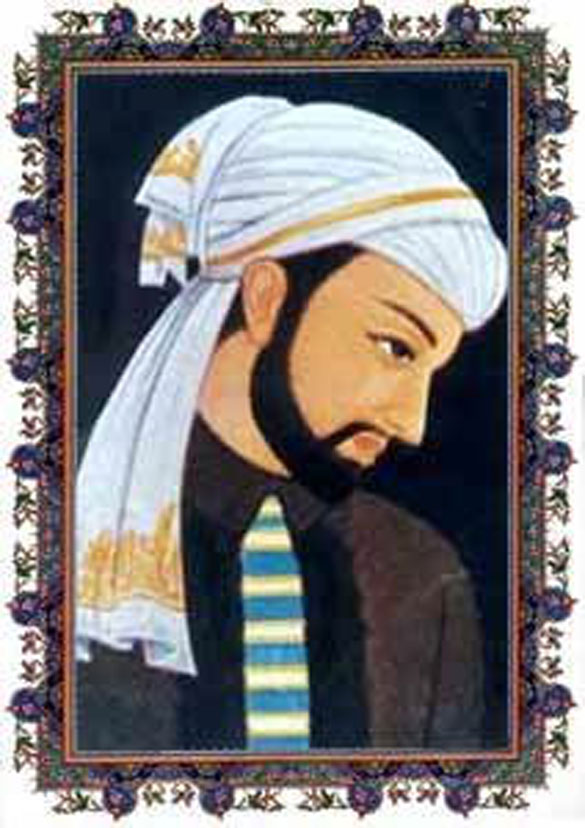 With his playful riddles, songs, melodies and poems, Amir Khusrau remains a household name in the subcontinent. He wrote Ghazals, Qasidas, Rubais, Masnawis along with prose in Arabic, Persian and Hindawi. Both languages, Hindi and Urdu, claim Khusrau as their first poet. Creating many new ragas and fusing Indo-Persian melodies, the Sufi poet played a central role in the evolution of classical Indian music. The creation of the Tabla and sitar are attributed to Amir Khusrau. He created music to produce novelty in the spiritual music assemblies of Hazrat Nizamuddin.

Hazrat Nizamuddin would often say, “Khusrau, pray for my life for you will not survive me long.” The beloved disciple of Hazrat Nizamuddin Auliya breathed his last exactly six months after his spiritual master veiled himself from this world.

The mystic, philosopher, historian, littérateur and musician enjoyed the patronage of seven successive sultans of the Delhi Sultanate. But even as court poet, his heart and soul belonged to Hazrat Nizamuddin Auliya. The mystic bond between the master and disciple was singular. Once Jalaluddin Khilji sought an interview with Hazrat Nizamuddin, but was politely refused for the Sufi stayed away from emperors and politics of the state. So the sultan planned an unannounced surprise visit to the Sufi’s residence. Khusrau learnt of the sultan’s plan and informed his mentor. Hazrat Nizamuddin left for Baba Farid’s Dargah at Ajodhan. The sultan took Khusrau to task for divulging royal secrets, but Khusrau explained, “In disobeying the sultan I stand in danger of losing my life, but in being untrue to my master, I stood in danger of losing my faith.” Impressed by Khusrau’s devotion, the sultan let the incident pass without any punishment.

Deeply influenced by the spiritual philosophy of Hazrat Nizamuddin, Khusrau believed in affection and respect between people of various faiths. He wrote of his love for Hindustan, its fruits, vegetables, trees, animals and birds, likening it to paradise.

In the year 1325, while in Bengal with the Army of Sultan Muhammad bin Tughlaq, a sudden sadness came over Khusrau’s heart and he sought permission to return to Delhi. Learning of the death of his master, Khusrau shrieked, “The sun has gone down and Khusrau is still alive.” Khusrau blackened his face, tore his garments and laying his face on the tomb of his master, recited his last verse:

(The fair one lies on the couch, black tresses scattered over the face, O Khusrau, go home now, for night has befallen over the world.)