The Mongol horde led by Genghis Khan himself had arrived outside Nishapur shortly after the spring blossoms in April 1221. The Mongols had covered the grasslands and their small tents had cropped up all over the pastures like ugly parasitic plants that sometimes plagued the land. The city had been besieged, and the spies deputed by both sides to keep an eye on the adversary. There was no communication yet from the Mongol general, and those holed up in the city wondered when the attack would come. The smoke from the invader’s cooking fires, the smell of horse manure, and the sound of neighing horses floated into the air of the surrounded city, intensifying the sense of foreboding in its inhabitants. 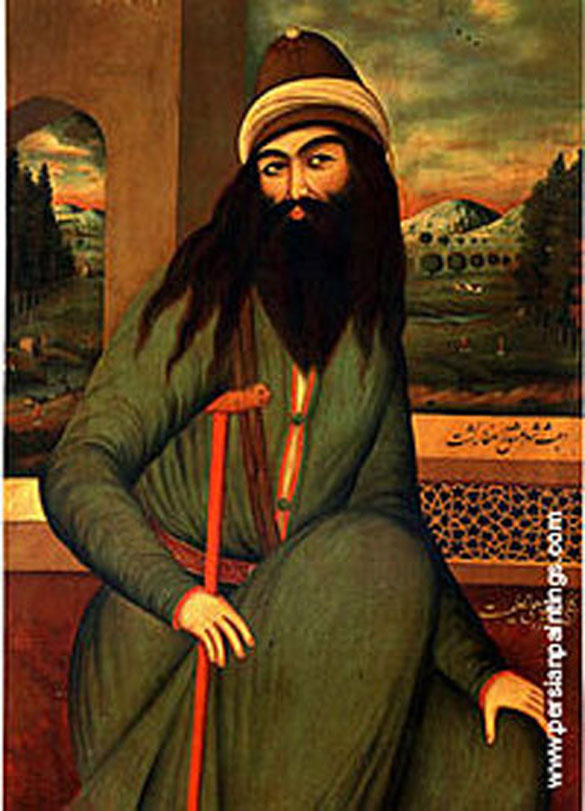 Among those who speculated on their fates within the city was the pharmacist and poet Fariduddin Attar, as yet known only in the small literary circle of his hometown, although his able contemporaries already treated him with a respect that afforded great masters.

He had sealed any chances of literary renown at the court by criticising the panegyrics of the court poets. His family wealth freeing him from the need for patronage, he had immersed himself in his work, all of which was behind him.

Now in his mid-70s, he had traversed many valleys, like the birds in the Mantiq-ut-Tayr on the journey of self-discovery, and knew that he was now at its end. But the arrival of the Mongol army troubled him. The fate of the cities and towns the Mongol army had ransacked and burnt to the ground after wholesale massacres was not unknown to him.

He had dethatched himself from most desires, and was indifferent to how his own life might end. Yet, he could not rid himself of the sense of duty he felt to protect the lives of those among whom he had lived.

When the spies brought in reports late one night that the Mongol army was preparing for its onslaught, Attar retired to his library. And when at dawn the boom of the Mongol war cries were first heard, when the drumming of the horses’ hooves rattled the city, and the besieged men and women panicked, Attar in his library picked up his wooden soup bowl and turned it upside down on the prayer mat where he sat.

The horse neighed in pain as the commander of the Mongol cavalry advance guard pulled sharply on its reins and wheeled it around. He raised his hand in the air to signal his warriors to stop. But they too had drawn rein in fright. They could not believe what had just happened. Before their eyes the entire city, whose minarets and turquoise tiled domes were beginning to shine in the first light of dawn just moments ago, had disappeared into thin air.

The commander cursed under his breath, said a few prayers, and with a war cry moved forward. His men followed with drawn swords. By the time the speedily moving warriors of the right and left flanks arrived where the advanced guard had seen the city disappear, they looked at each other. The men of the advance guard were slashing the air with their swords in the great field where the city had stood some minutes ago.

In the city, the inhabitants were at a loss: something had stopped the Mongol army but the spies could not tell the cause.

When the Mongols returned to their encampment and unfastened their belts, they saw the city of Nishapur appear again on the horizon. The terror of Genghis Khan was too great for his men to be overcome by the mere sight of a city disappearing into thin air. But the same thing happened again the next day when Attar turned his bowl upside down.

Genghis Khan, hearing reports of discontent amongst his men, told his confidantes he feared there was some saint in the city whose powers were protecting it. He announced that he would lead the third raid himself and if that failed they would turn back.

On the third day the war cries were fiercer, the advance guard spread out much wider, and the drumming of the horse’s hooves much louder.

As Attar picked up his soup bowl, he sensed someone standing beside him. He looked up and saw Khizr who took the bowl from his hand. When Attar protested, Khizr returned the bowl to him and said, “Never forget that there is someone above you who has power over lives. None of your powers will work now even if you tried. Your summon has been issued. The seventh valley of death and deprivation awaits you and many others.”

The repute of Genghis Khan increased manifold after his raid on Nishapur where the Mongol army performed a great massacre. Among those killed was an old man in his library who did not raise his head from prostration when the Mongol soldiers barged in.

Musharraf Ali Farooqi is an author, novelist and translator.