Maulana Abul Kalam Azad was a great religious scholar, orator and politician who influenced the religious and political trends of his time. By virtue of being a member of a religious family he had a number of disciples who followed him devotedly. As a religious scholar, he believed that the Muslim community of India could be rejuvenated through religion. To accomplish this object, he organised a party of Ulema known as Hizbullah in 1912. He was the first person who involved the Ulema in politics with the aim of using religion as a tool to unite the Muslims of India and to create the political consciousness among them to struggle for their survival. On the basis of this organisation he wanted to train the Ulema in the art of politics and bring them out of their isolation. 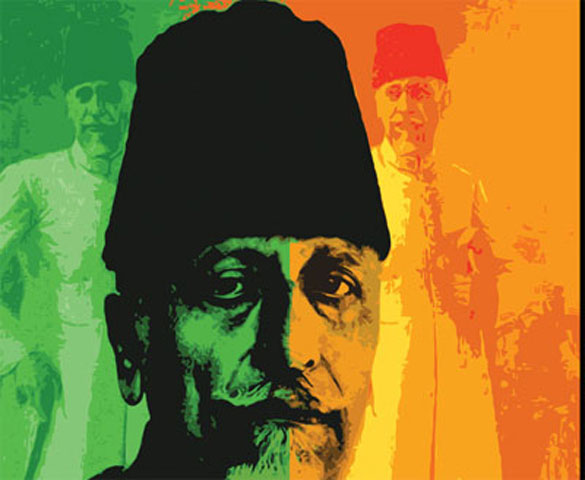 To extend his role Azad became a Pan-Islamist and started two weekly newspapers, Al-Hilal in 1912 and Al-Balagh in 1914, through which he disseminated the news of the Muslim world. When the Ottomans were engaged in the Balkan wars, his newspapers widely reported about it, sympathising with the Turkish cause. These newspapers were widely read by Indian Muslims as they created a sense of identity among them and they started to associate themselves with the larger Muslim world.

Azad also made an attempt to glorify the historical role of the Ulema. In his book, Tazkira, he traced the contribution of Indian Ulema to the Muslim community and paid high tributes to Sheikh Ahmad Sirhindi who, according to him, alone resisted and defended Islam against the ‘atheism’ of Mughal emperor Akbar. Azad was the first person who promoted Sirhindi as a hero and criticised Akbar’s religious policy. Unfortunately, Azad is greatly mistaken in saying that Akbar subscribed to atheism. This is historically wrong. Akbar was not an atheist; on the contrary, his intention was to search for truth. For this purpose, he invited scholars of all religions to the House of Worship (Ibadat Khana), which he established at Fatehpur Sikri, and discussed the nature of their respective beliefs with them.

Azad’s interpretation of history created a lot of misunderstandings. As a result, Ahmad Sirhindi became the champion of the two nation theory, while Akbar is condemned as a ‘secular’ and an enemy of Islam. Further, he glorified other Ulema such as Shah Waliullah for their laudable services as reformers of the Muslims of India. His account promoted the image of these Ulema, who later on played an important role in Indian politics.

He went from being a Pan-Islamist who was considered responsible for introducing the Ulema to politics to a nationalist. Yet much of his life remains shrouded in mystery

When the Khilafat movement started in India, Azad became its ardent supporter. After its failure, he made an attempt to become a supreme religious leader of the Muslims of India, but failed in his attempt because religious scholars refused to accept him as an Imam. After its failure, his followers started to refer to him as Imam al Hind. However, this opened the gate for more Imams to appear on the scene, such as Imam-i-Sharia, the title given to Ataullah Shah Bukhari.

Azad also adopted his own style of Urdu writing. He changed the simple structure of Urdu language which was introduced by Sir Syed Ahmad Khan, who liberated it from its Persianised form. Azad opted to Arabicise the language by introducing religious terminology and Arabic words. As a result, the Urdu language became largely incomprehensible to the common reader.

There were lots of misunderstandings about Azad’s personal life. No one knew his place of birth and there were speculations as to whether he studied at Al-Azhar or not; but he remained silent and never clarified his position. Perhaps he loved to retain an aura of mystery around his persona.

Gradually, Azad’s religious and political views changed, and from being a Pan-Islamist he became an Indian nationalist and a member of the Indian National Congress. During the conflict between the Congress and the Muslim League, he faced criticism from Pro-Muslim Leaguers. Muhammad Ali Jinnah called him a ‘show boy’ of the Congress. He endured all this humiliation and insult but continued his nationalist approach which he regarded as beneficial to the Muslims of India. On the eve of Partition, he appealed to the Muslims to stay in India and not to migrate to Pakistan, thus leaving their cultural heritage behind them. After independence, he played a pivotal role in ensuring the safety and security of the Muslims of India.

However, one aspect of Azad’s personality is that he never recognised the change of his political and social views and the mistake he committed in his early career. Now, it is the task of historians to unfold and discover Azad’s personality and his views.