The Centrality of Imam Hussain

Muharram is one of the most sacred months for Muslims. It is one of the four sanctified months of the year where peace is mandated and conflicts are to be mitigated.

The Muslim New Year begins with the month of Muharram. Nov. 25, 2011 was the first day of the year 1433 on the Muslim Lunar Calendar. Indeed the Jewish, Hindu and many other traditions follow the lunar calendar as opposed to the Gregorian calendar. Whether it is Ramadan, Rosh Hashanah or Diwali, it is not on the same day of the calendar every year as the lunar calendar is short by about eleven days. 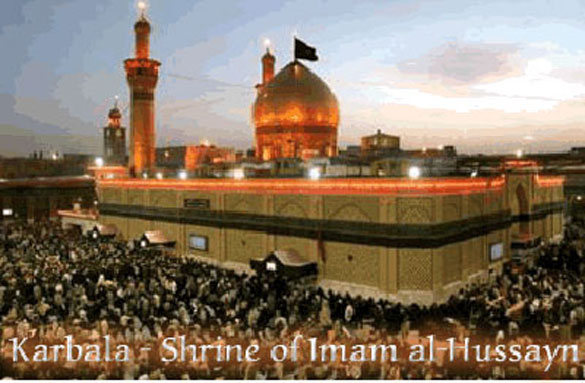 Please hold the temptation to wish a happy new year to Muslims as it is a month of commemoration and not a celebration. It was on the 10th day of this month that Hazrat Imam Hussain (ra), grandson of Prophet Muhammad (pbuh), and son of Hazrat Ali and Fatima (ra) was martyred in the battle of Karbala.

It was a conflict between Imam Hussain and Yazid the caliph of that time. Yazid usurped the leadership of Muslim community and wanted the true spiritual leader Imam Hussain to endorse him for legitimacy, which Imam Hussain rightfully declined and Yazid had him killed along with his young children. It was indeed like the Battle of Kurukshetra in Mahabharata; Good against evil, except Krishna's good forces win the battle over the evil ones.

Yazid was one of the most corrupt and immoral leaders who violated the meritorial and consultative selection process of leadership and took over with his influence; wealth over morality. Personally I have not heard any Muslim who names his or her child Yazid, just as it is a rarity to name Hitler.

First, it killed the democratic process in Islam. When Prophet Muhammad passed away, he did not pass the leadership to his son- in-law (different legitimate views prevail), the most qualified one to lead, and was the first one to believe in Prophet's message and he grew up with him.

Prophet Muhammad believed in a consultative process for civil society. Spiritual teaching was not necessarily needed since Islam was complete and fully established. Hence, the Prophet did not appoint any one as his successor because, he probably thought that public governance was not his to dole out but best determined through a democratic process. And, thankfully a good system was moving forward, selecting leaders based on consultation and merit. Indeed previous to Yazid, at least the first four caliphs were elected through the process of consultation. This came to an abrupt end with Yazid; it is a day to mourn for the demise of a nascent democratic system, where the leadership was not passed onto the next heir.

The second part is the sad demise of Imam Hussain where we lost the righteous guidance for centuries to come. Personally, I view it as a celebration, hailing the hero of Islam, because he showed the strength of his character by valuing morality and righteousness over his own life. Indeed there is a couplet in the Urdu language that is etched in the memories of the people of the subcontinent. 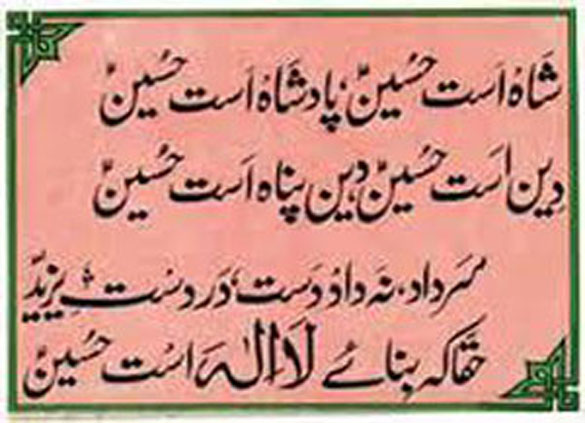 The essence of this couplet means, that killing of Imam Hussain is actually the death of evil, as the longing to be righteous and just gets refreshed after each conflict. He was martyred on the 10th day of Muharram and many a Muslim fasts on that day and pledges to be righteous from there onward.

Many others commemorate by meeting in the mosques every evening and sharing the glorious stories of Imam Hussain and his family's sacrifices. On the 10th day of Muharram known as Yom-e-Ashura (Farsi for day of Muharram), difficult rituals are observed to pay tribute to Imam Hussain and feel his pain, to express that his pain was greater than all the pain of the Majlis (gathering) combined.

Please note that I have taken the pledge today to do my individual share of honoring Imam Hussain to un-divide ourselves. I will do my best to write about our stories, our ideas and our philosophies that we all jointly own. We the Muslims of all hues, are in this together. These are not only our stories, Muslim stories, but also belong to whole humanity. We have to work to create a better world. I am not secure if others around me are not, and no one will have peace of mind if what surrounds them is not. Our words and acts should bring peace and not stir it up.

This prayer is written up for everyone and if your spirit feels in tune with it, please say 'Amen' after each line of the prayer.

Dear God, guide us to seek new beginnings for humanity where no one has live in anxieties, discomfort or fear of the other.

Let this Muharram pave the way for peace and justice for one and all.

I pray that the Shahadat of Imam Hussain become the catalyst for us to remove our differences and come together for peace, security and prosperity of Muslims and every human being.