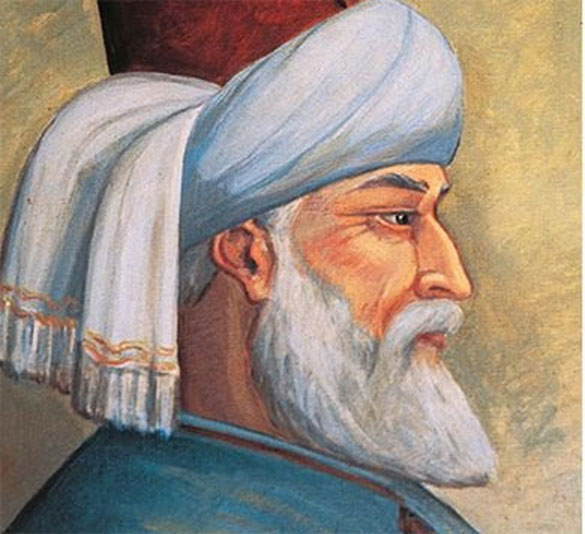 In an article published by The Guardian on June 6, 2016, it was revealed that David Franzoni, a Hollywood screenwriter known for his work on blockbuster films such as Gladiator and Amistad, had signed on to write a new film about the life of Jalaluddin ar-Rumi, best known to the world as simply Rumi. For those unfamiliar, Rumi was a Persian poet who lived during the 13th century, eventually settling in present-day Turkey. The goal of the film, according to Franzoni, will be to dispel stereotypes of Muslims so common in Western cinema. Finally, a film with prominent Muslim characters where the plot doesn’t revolve around a terrorist plot or hook-nosed bedouins on camel-back. This is great news for the Muslim community, right?

Maybe not. Franzoni goes on to say that he wants Leonardo DiCaprio to play Rumi in his film, and maybe even having Robert Downey, Jr., play Shams of Tabriz. The writer of the film says that he wants to challenge stereotypes of Muslims, but apparently doesn’t deem it suitable to have a Muslim actor play the title role of a major Hollywood film. While Franzoni may not be aware, there is no shortage of Muslim actors in Hollywood, as well as thriving film industries across the Muslim world with plenty of actors of who are more than deserving of a shot at playing such an important role. Instead, he and the producers of the film have apparently decided that whitewashing the man Franzoni describes as “a character who has enormous talent and worth to his society and his people” is the best way for introduce him to Western audiences.

They need white guy to play Rumi due to uncomfortable fact the real Rumi probably wouldn't make it through U.S. airport security these days.

This film would be a perfect opportunity to re-centre Rumi as the Muslim poet that he was. To the average westerner, Rumi is an abstract, the orientalist ideal of non-European poetry. For those in the West who are familiar with his work, most are probably not aware of the profound influence that Islam had on his writing and his teachings. There truly is no way to divorce the historical person of Rumi from his Islamic grounding. It is not really surprising, then, that an American writer with only a superficial knowledge of Rumi would not fully appreciate what Islam was to the poet.

So, Idris Elba can't play Bond because that is a white character but Leonardo DiCaprio can play Rumi. #RumiWasntWhite

At the same time, it is also certainly within bounds to question Franzoni’s motives in offering up the names of two white American actors to play these roles whilst at the same time saying that the goal of the film is to challenge stereotypes. There are obviously financial considerations at play; audiences are far more likely to pay to see a film with a name like DiCaprio featured prominently in the advertising than a new face and unfamiliar name. However, if the writer’s goal is to show that Muslims are not the way that we are portrayed in mainstream media, why is he not eager to feature actors who are Muslim or at least or Middle Eastern heritage in his film? Why the need to whitewash arguably the most famous and widely read non-European poet?

Rumi Di Caprio Movie Whitewash hollywoodThis certainly isn’t the first time that Hollywood has whitewashed historical figures to make them more palatable to American and European viewers. From Elizabeth Taylor’s role in Cleopatra (1963) to Jim Caveziel’s turn as Jesus in 2004’s The Passion of the Christ, the roles of non-European historical figures are routinely given to white actors. Of course, even fictional characters aren’t safe with the broad strokes of the whitewash brush. Jake Gyllenhall, an American of Swedish descent, was given the title role in Disney’s Prince of Persia films, and no actors of Persian or Middle Eastern heritage were featured in prominent roles at all. A white Rumi would just be one more in a long line of figures scrubbed of their ethnicity to become more marketable in the West.

Franzoni’s stated goal of challenging stereotypes is certainly laudable and welcome. We need positive media portrayals of Muslims to counteract the near constant barrage of violent and negative images the general public is typically served of Muslims. However, these positive portrayals should not be whitewashed to make them more palatable to American audiences or make films featuring them more financially viable. Positive press is not worth the covering up the true heritage of such a formidable historical character as Jalaluddin ar-Rumi.

Matthew Robertson became Muslim in May 2011. He works in the public sector and has a wide range of interests, from religion and history to travel and cooking.