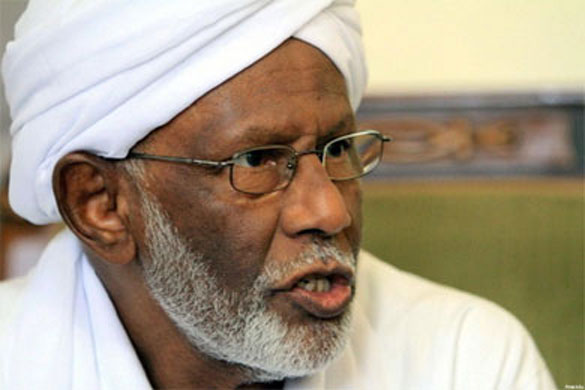 The passing of Dr. Hasan al-Turabi on 5 March 2016 marks the ending of important eras in Muslim political and ideological history. He is hailed by some as a significant articulator of necessary Muslim intellectual renewal and vigorously opposed by others who see him as important in shaping authoritarian dimensions of what many identify as Political Islam. His long career as both a political activist and a modernist religious intellectual reflected and shaped major trends in the Muslim world for more than half a century. Both the intellectual and the political dimensions of his work are important in remembering his life.

Much of the attention that Hasan al-Turabi received during his life concentrated on his political career. He began that career by giving a speech as a student returning from overseas. That speech had an important role in mobilizing the civilian revolution in Sudan that overthrew a military dictator in 1964. He led various political groups, working both in times of civilian parliamentary politics and in eras of military dictatorships. He spent a number of years in prison or detention as well as in governmental positions. His support at times for the authoritarian regimes of Ja’far Numayri and Hasan Bashir in Sudan caused many to criticize his political role in Sudan. However, on the long run, his intellectual contributions to the development of a modern Islamic perspective may have a greater impact than his political activities.

The starting point for Turabi’s conceptual activism is his belief in the necessity of renewal of faith and thought (Tajdeed). His early writings on the necessity of renewal, as in his Tajdid al-Fikr al-Islami (“Renewal of Islamic Thought”), argued that historic change is inevitable in human societies. As a result, humans are required constantly to renew their faith and religious institutions in order to be able to be truly Muslim in constantly changing contexts. This emphasis on renewal was part of the broad Islamic modernism that rejected insistence on following precedents (Taqlid) that had been agreed upon by medieval Muslim scholars. Turabi emphasized that Islam always has a contemporary relevancy that is based on the unchanging foundations of Islam in the Qur’an, and that relevancy is not dependent upon anachronistic later interpretations. As he affirmed in a conference in 1980, Tajdeed is “to restate the basic principles in accord with changing conditions….The sources of Islam are always living and present.” (Personal conference notes, 4 October 1980) Within this framework, as Abdel Wahhab El-Affendi states in Turabi’s Revolution (p. 170), “Tajdeed for Turabi takes on a revolutionary and very radical content.” It is this radical re-conceptualisation that sets Turabi apart from many of the people advocating some kind of contemporary reform of Muslim life and thought.

In Turabi’s view, renewal has to be comprehensive, involving all areas of life and thought. The underlying principle in Turabi’s thought that defines this comprehensiveness is Tawhid, meaning a profound oneness and unity. Although Tawhid has been a central theme in Islamic thought over the centuries, it has been especially important in certain modern intellectual traditions. In the eighteenth century, the starting point for the teachings of Muhammad ibn Abd al-Wahhab was a strict and narrow definition of Tawhid – which continues in later movements described as “Wahhabi.” At the end of the nineteenth century, Muhammad Abduh, the Egyptian scholar who defined many of the foundations for Islamic modernism, based much of his thought on an inclusive and rationalist sense of Tawhid. However, in the second half of the twentieth century, Islamic intellectuals advocating radical reforms presented Tawhid as the framework for a comprehensive program for creating a truly Islamic state and society. This approach was articulated by a number of the leading intellectuals of the time, like Ali Shariati in Iran and the Egyptian philosopher Hasan Hanafi as well as Turabi. Although they differed on specifics of application, Turabi and these others placed the concept of Tawhid directly at the centre of Islamic renewal in the later twentieth century.

Perhaps the most influential and controversial part of Turabi’s intellectual activism is in his views on the place of women in Islamic teachings and in Muslim society. He argued that men and women have equal responsibility to follow God’s commands and said that the patriarchal suppression of women in historic Muslim societies was against Islamic principles. In 1973 he wrote a booklet called al-Mar’ah fi Ta’alim al-Islam (“Woman in Islamic Teachings”) in which he presented this view of gender equality. Part of the persuasiveness of his presentation was that he used a “Salafi” approach. Although contemporary journalists use the term “Salafi” to describe rigid fundamentalists, it basically means looking to the practice of the pious ancestors (the Salaf) who were the Companions of the Prophet for guidance. Turabi showed that women played very important roles in the life of the early community of believers and those experiences should provide guidance for modern Muslims in recognizing the rights and responsibilities of women. Although many Muslims disagree with Turabi, his views are widely known and they have helped to shape the debate on gender issues in the contemporary Muslim world.

Turabi’s concepts of an Islamic state have aroused significant criticism, not because of his concepts but rather, because of his practices as a political activist working with military dictators. When he described the nature of an Islamic State, he argued that such a state could take different forms, depending on the specific conditions of particular time and place. However, in accord with the principle of Tawhid, the state would not be secular – separating religion from public life. In whatever form the Islamic state took, it would emphasize justice and avoid oppression. The criticism of Turabi comes from the fact that, in practice, he supported oppressive military dictatorships that claimed to be implementing Shariʻa.

Dr. Hasan Turabi was an activist Islamic intellectual who participated in the Islamic resurgence of the second half of the twentieth century. His ideas helped to shape the conceptual content of that resurgence. In his political activism, the organizations that he led show the evolution of the movements. He began as the leader of an Islamically-identified political front in Sudanese politics in the 1960s, when Islamic movements were not central to politics in Muslim counties.

By the 1980s, he was one of the most visible figures in articulating and implementing the programs identified as Political Islam. As a part of an authoritarian regime claiming to implement Islam in the 1990s, he was also a part of what some identified as the “failure of Political Islam.” However, he remarkably survived and, following a break with Bashir in 1998-1999, his Popular Congress Party might be viewed as one example of the post-Islamism of the twenty-first century.

Turabi’s passing marks the end of important eras of modern Muslim history. It is the end of the era of Political Islam. The rise of the so-called Islamic State represents in many ways a new era of political activism and militancy that is far different from the activism of Turabi and his organizations. Similarly, the theological and ideological concerns of the competition between Muslim activists and Communists or the old-style debates between Islamists and secularists have taken very new forms in the post-ideological competitions in the age of Twitter and Facebook. Turabi’s life and work provides an appropriate vehicle for becoming aware of these transformations.