In the month of Muharram, the Day of Ashura is when the most Beloved demonstrated the highest noble quality and made the ultimate sacrifice. He is the grandson of Holy Prophet Muhammad and the son of Amir ul Mominin Hz Ali and Hz Bibi Fatimah Az’Zahra. 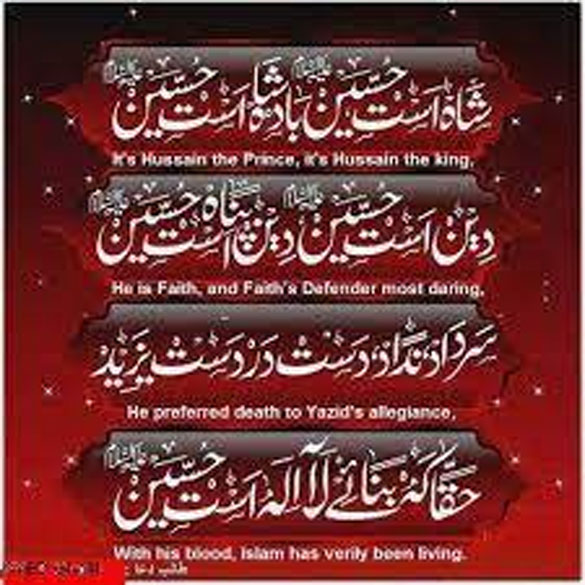 There was a noble reason for the martyrdom of Hz Imam Hussain – to protect Islam from being contaminated by vice and the falsehood of tyrant Yazid. The sacred month of Muharram is a reminder that one should fight against oppression and tyranny and help the cause of the oppressed.

Truth, justice, equality, freedom and liberty are all precious values that demand precious sacrifices. That is the supreme significance of martyrdom; Hz Imam Hussain chose the path of danger and hardships with duty and honour and never swerved from his duty, giving up his life in the bravest of ways.

Hz Imam Hussain, the martyr of Karbala, wrote one of the most brilliant chapters that, even after 13 centuries, continue to echo in the minds and hearts of people everywhere. The tragedy of Karbala took place on the banks of the Euphrates in Iraq but it continues to have universal appeal. Its spirit of non-violent resistance and supreme sacrifice has been a source of inspiration for leaders like Mahatma Gandhi who said, “I learnt from Hussain, how to be oppressed, yet victorious.” 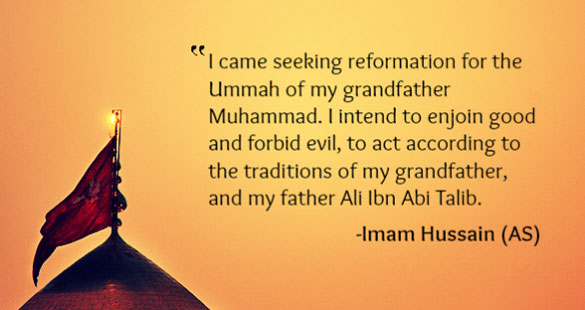 Varanasi, with its famous Ghats and vedic saints, has a mixed tradition of commemorating Muharram where some respected Hindu families participate in the procession of Taziya Sharif. This also happens in Lucknow, Allahabad, Kanpur, Hyderabad, Kolkata, Mumbai, Chennai, Amroha, Indore, Nagpur, Jaipur, Ajmer Sharif, Bhopal and other major cities and towns.

The Hussaini Brahmin community members are renowned for their devotion to and respect of Hz Imam Hussain; they are mostly from the Punjab.

The Hussaini Brahmins have had a long martial tradition, which they trace back to the event at Karbala. They believe that an ancestor named Rahab travelled all the way from the Punjab to Arabia and there, developed close relations with Hz Imam Hussain.

In the battle of Karbala, Rahab fought in the army of Hz Imam Hussain against tyrant Yazid. Rahab’s sons, too, joined him, and most of them were killed. Hz Imam Hussain, seeing Rahab’s love for him, bestowed upon him the title of sultan, king, and asked him to go back to India. It is because of this close bond between their ancestor Rahab and Hz Imam Hussain that the Hussaini Brahmins got their name and feel immense pride for their sacred ancestral legacy.

The martyrdom has prompted a vast body of literature in several languages worldwide. Outstanding examples of this are the Mersiye (elegies) written by Mir Anis, one of which holds the world record for the longest verse in the past two centuries.

One of the most recited and famous Persian poetry in honour of Hz Imam Hussain was written by the great Sufi master Hz Khwaja Syed Moinuddin Hasan Chishty: “King is Hussain, King of kings is Hussain/ Faith is Hussain, Protector of faith is Hussain/ He gave his head, but not his hand in the hand of Yazid/ Verily, truth is nothing but Hussain.”