On 11 November, 1888 South Asia’s prominent Islamic scholar, politician, author, journalist Maulana Abul Kalam Azad was born. He has a strong presence in the religious, social and political consciousness of Muslims in South Asia. Azad has been discussed a lot in present era because of recent political developments in whole South Asia especially about the rights of minorities. E.H Carr in his seminal work What is History writes that “History is an unending dialogue between past and present”, It connects our past with present. Due to  some political developments in present times we have to connect it with our past, what our leaders did that time. In this way Azad, one of the prominent leaders is one of the most discussed person. 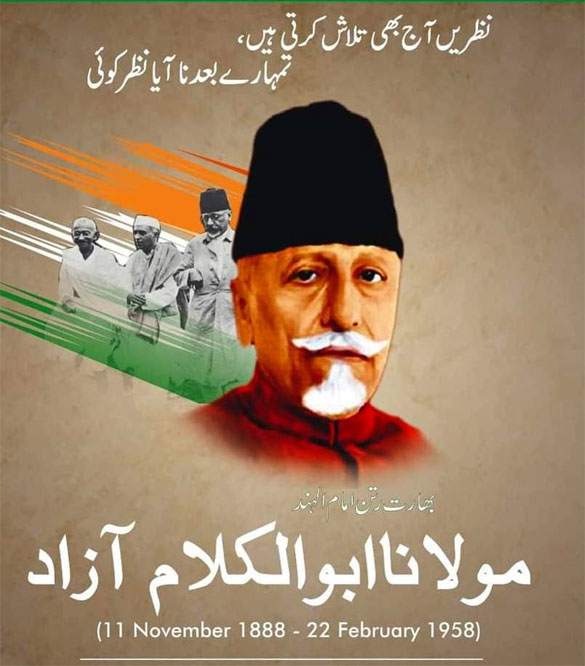 Azad was not only a politician but a scholar. Ian Douglas in the introduction of his critical book on him  Abul Kalam Azad, an intellectual and religious biography  beautifully sums up him “ Maulana Abul Kalam Azad is by any reckoning a major figure in twentieth century in Indian history. He was a scholar thoroughly trained in Islamic sciences, with great intellectual abilities and eloquence of pen and speech. He had in addition a remarkable openness to Western knowledge even as he opposed Western rule over India. He made a lasting contribution to Urdu literature with translations and interpretations of the Quran, his many other religious writings and his introspective autobiographical and epistolary works. He was a skilful journalist, and an ideologue who played a leading role in the Indian independence movement, and then in the government of Indian republic, remaining a symbol of Muslims co existing with people of other religions in Modern India.”

He started writing at a very young age of 12 in 1899 for Nauragi-Alam, then Misbah. He became editor of a paper at a very young age. It was when he and his brother wrote for Khandage Nazar with his brother when the editor said we will publish your articles only if Azad edits the paper. He got writing inspiration from his father who has written more than 10 books. Azad had a great influence of his father on him who was a sufi and whose ancestors had fought against Akbar and his supporters on “Din-i-Elahi”. In his own words in Azad Ki Kahani Khud Azad Ki Zubaani, he started losing faith, became atheist between 12-22 of his age, and gained his faith back after reading. He then came under the influence of Sir Syed Ahmad Khan on religious and intellectual life which he later criticized on their loyalism to British empire. He then started criticizing Taqlid and some Sufi doctrines which his father used to follow. He rebelled against his father and got a pen name Azad (liberated). At this time Azad was under the influence of Mutazzalites and started to translate Ghazalli’s Tahafati Filasafa and Rushd’s Tahafat Ul Tuhafat. He had also started writing book on Sir Syed’s theology. He lost interest in all these books and didn’t complete them. It was at this time Shibli Nomani wrote to Azad. Thus started their correspondence and later Shibli made Azad officer of Anjuman i Taraqqi Urdu for the promotion of Urdu.

After this Azad came in contact with Shyam Sundar Chakravarti who was a disciple of Auribundo Ghose and a member of Bengal revolutionary movement. He joined them and told them Muslims should also join this movement. Azad had started his own paper Al Hilal then Al Balaagh. It was during this period that prominent scholars like Mahmud ul Hassan Deobandi and Syed Sulaiman Nadwi praised him for writing about the forgotten aspects of Islam. It was at this time Azad was greatly inspired by the work of Ibn Tayyimiah, especially on Ijtihaad. Later Azad in his life was the pioneer of controversial philosophy “Wahdat I Din” that All religions have same message and lead to same path, Muslims can’t disbelief other religions. 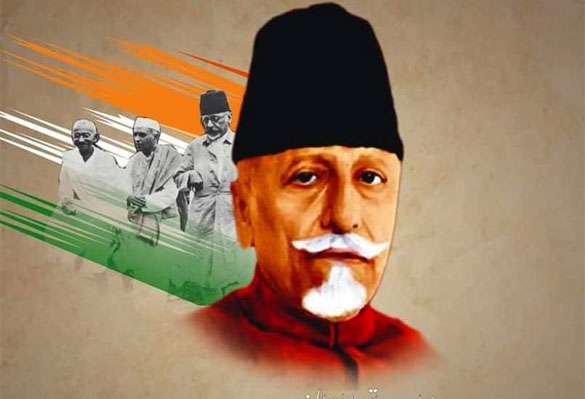 Azad, as a personality, was complex and at times contradictory He underwent a transition; from being a Pan Islamist to being a pioneer of composite nationalism.  During the Khlifat Movement he had written a book on Khilafat too, and worked closely with Gandhi on it. He was the youngest to preside the Congress at the age of 35. Aga Sourish Kashmiri in his book Abul Kalam Azad writes that he had interviewed him in 1946 during Simla Conference and talked to him in detail about problem of Muslims, and on Pakistan. In his own words, “It is one of the greatest frauds on the people to suggest that religious affinity can unite areas which are geographically, economically, linguistically and culturally different. It is true that Islam sought to establish a society which transcends racial, linguistic, economic and political frontiers. History has, however, proved that after the first few decades or at the most after the first century, Islam was not able to unite all Muslim countries into one state on the basis of Islam alone”, creation of Bangladesh proved him right.

When he was jailed fifth time during second world war his wife passed away. He didn’t seek permission of British government to visit her funeral citing moral reasons. When he was released from prison he was the Congress President and Indian independence and creation of Pakistan was being discussed. Unfortunately he was side-lined by his own people. Prominent South Asian historian Ayesha Jalal, in her article Azad, Jinnah and Partition (Economic and Political Weekly, 27 May 1980) cites “Transfer of Power, volume 6” when he tried to give solution for Pakistan problem, he as Congress President wasn’t allowed to talk to Muslim leadership, instead Congress sub committee was told to talk. How he got lukewarm response from Gandhi, which Azad in his autobiography India wins Freedom writes should have been talked to him as a president. This is where historians, political scientists can intervene and connect our past with present.

Azad, being a prolific writer, journalist, and author, after independence, was made the first education minister. As education minister he re organized University Grants Commission, All India Council of Technical Education. Indian Council of Cultural Relations. He was an institution builder, laid foundation to prominent institutes in India and before independence was among the founders of Jamia Milia Islamia. It was first started in the tents in Aligarh then shifted to the present campus. One may have disagreements, or fundamental disagreements, but one can’t ignore his personality.