Two wonderful human beings – each easily eloquent, warm, and welcoming – have passed on in the past couple of days. Each drank fully of the spring of life, and exuded inspiring positivity even in ruinous times. Each had dignity and grace at levels that cannot be taught. 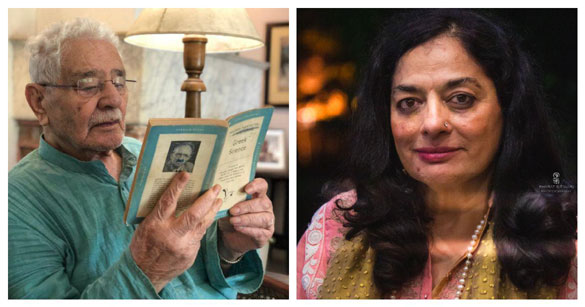 Agha Ashraf Ali died in Srinagar on Saturday morning, having keenly watched and felt the saga of Kashmir across almost a century, occasionally at close quarters. His contribution to education was unrivalled, his lifelong reading of history piercingly insightful.

Sadia Dehlvi died on Thursday, having endured cancer with majestic poise. For decades, she enriched Delhi’s social and cultural life through her articles and books, her interactions, her soirees. She channelled the Sufi essence, that heady twirl of joy from the deepest well of wisdom.

Combined, the meanings of their names describe both those noble souls, as well as the charming civility that was the hallmark of both.

Each embodied exquisite old-world grace, and lived it with elan even amid crumbling cultural milieus. Their homes, art, carpets, parties, cuisine, all whispered of tasteful culture. No soiree at the Dehlvi home was complete without a thumri, khayal, qawwali, or ghazal by her talented son. And, from the days of Agha sahib’s wife, “Abhi Na Jao Chhod Ke…” would waft warmly around the Aghas’ parlour in the closing moments of almost any party there.

And yet, though steeped in elite refinement, each had deeply imbibed the highest values of 20th century Humanist modernity – which too is all but gone.

Each confidently expressed bold views, though almost always with twinkling-eyed charm, radiant even in high emotion. Each had deep insights on religion – Sadia Dehlvi wrote books on Sufism, Agha Ashraf curated original manuscripts – and nurtured religiosities that were warmly inclusive and culturally well-rounded. The lives of both gave unpretentious glimpses of the great period of Muslim civilisation. Agha Ashraf’s mind was no less incisive than Al-Beruni’s might have been. Sadia Dehlvi, deeply devoted to Hazrat Nizamuddin Auliya and Khwaja Moinuddin Chisti, was as close to Rumi as one could find in modern-day Delhi.

Religion was not a panacea for either, or a cocoon from the ills of the daily grind. Both engaged spiritedly with the concerns of the age, were keen to interact with the young, and to share their insights, sense and sensibility. Each wished deeply to mould the present and the future in the finest traditions that had formed them. 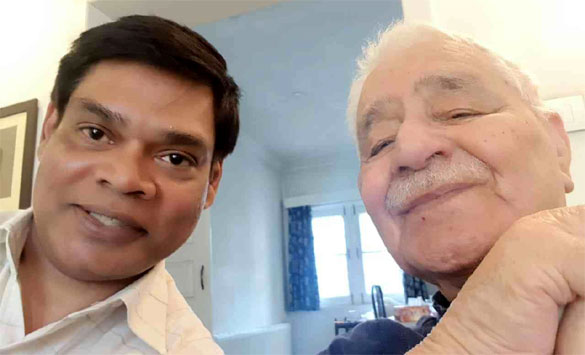 The author of this article, David Devadas, with Agha Ashraf Ali.

Agha Ashraf’s grandfather was the only Muslim minister in the Dogra government, and his mother the first woman inspector of schools. The Dehlvis, a prominent family of Old Delhi and then Sardar Patel Marg, published a well-circulated Urdu magazine. Their social ambit half a century ago included litterateur and film personalities.

Agha Ashraf was immersed in the vibrant intellectual fervour of Jamia Millia Islamia when it was led by Dr Zakir Husain and Prof Mohammad Mujeeb. He brought that academic acuity to Kashmir in the early 1950s, when Sheikh Abdullah appointed him as the director of education. He was later considered for the vice-chancellorship of Kashmir University, but politics got in the way.

Both were larger-than-life figures, highly respected in their respective cities and far beyond. Lunch with Sadia Dehlvi at the India International Centre in days long past would be interrupted as the director of the IIC and other leading lights came up to greet her. And when floods destroyed the Aghas’ house in Srinagar in 2014, a prosperous resident of South Delhi hosted Agha Ashraf at his farmhouse for months.

Both Agha Ashraf and Sadia Dehlvi had mastered the traditions and cultures of their respective places – even the cuisines – to the extent that, amid the shifting sands of tradition, one could safely say that Dilli ka khana cooked by Dehlvi was authentic Delhi home cooking, and the fare at the Aghas’ table was the gold standard of Kashmiri food, right down to the oil in some of the rich red curries and the gleaming lightness of the greens. And yet, both had eclectic tastes – not just in food – and would have been as comfortable with a steamed trout.

Agha sahib’s son, Shahid, prepared kabargah and batta-haak for one dinner I had at their home in Srinagar during the militancy-wracked 1990s. Both father and son insisted that they would keep those Pandit specialities alive in Kashmir.

Multiculturalism was not an esoteric concept in either of their lives. Much of the art in the Dehlvi parlour is South Indian, and her friends were from all over. In Srinagar, prominent Pandit, Kashgari, and other families with roots outside Kashmir were often invited to the Agha house.

Agha Ashraf was devoted to his wife, who hailed from Lucknow. Sadia Dehlvi’s first husband was Pakistani. In later years, both their hearts hid the deep pain of loss and wrenching change. The acerbic tongue one sometimes glimpsed in Agha sahib’s interactions stemmed in part from the loss of his deeply beloved wife many years ago. The loss of his son Shahid to cancer two decades ago also left a void.

No wonder, his favourite poem from Shahid’s world-famous oeuvre was “Lenox Hill”, Shahid’s lament on his mother’s death. What Shahid might have written in memory of his father might have been touchingly ethereal, but that possibility too is gone. Perhaps cancer, which took both Agha Shahid Ali and Sadia Dehlvi, is the multifaceted metaphor of our times.

In this period of separation, loss, and isolation, I am so glad I phoned Sadia Dehlvi a couple of months ago, and called on Agha Saheb just a couple of weeks before his beloved Kashmir, of which he was the towering intellectual beacon, was locked down.

David Devadas, the author of The Story of Kashmir and The Generation of Rage in Kashmir has lived in Delhi and Srinagar for long periods.

Source:  The Scroll In