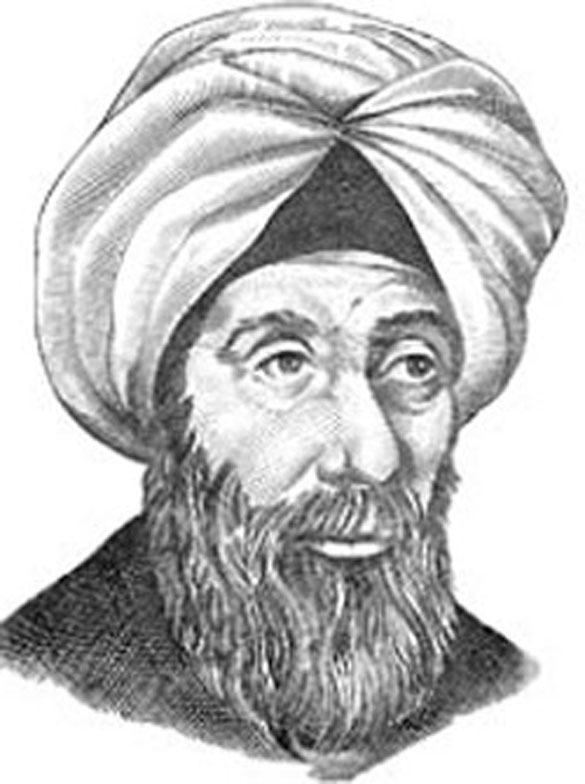 This year marks one thousand years of the pioneering work on Optics, the seven volume “KITAB-AL-MANAZIR’ by the Iraqi Physicist and Mathematician Ibn-Al Haytham (965 AD – 1040AD), probably the greatest scientist in the two thousand years between Archimedes and Isaac Newton.

AbūʿAlī al-Ḥasan ibn al-Haytham, better known by the Latinization Alhazen or Alhacen or as Ibn al-Haytham, was an Arab Muslim polymath and philosopher who is widely considered as one of the most influential scientists of all time. In fact, he is often referred to as ‘The First Scientist’, or, ‘The First Physicist’.

The period between the 9th Century and the fourteenth Century of the Christian era is generally accepted as ‘The Golden Age of Islamic Civilisation’. During this period, which is referred to in Europe as the ‘Dark Ages’ because The Roman Empire was collapsing, and the whole of Europe was a sea of ignorance, the Islamic Empire, which stretched from Spain to China was going through its most creative period.

Ibn Al-Haytham's work was remarkable for its emphasis on proof and evidence. He is known to have said: “If learning the truth is the scientist’s goal… then he must make himself the enemy of all that he reads.” By this he meant it was essential to conduct experiments to test what is written rather than blindly accepting it as true.

Today, it is understood by students of science that everything must be proved. You cannot make claims about scientific theories based on assumption without experimentation. Before Ibn Al-Haytham, that was not the case. The ancient Greek philosophies of science still held weight. The Greeks believed that scientific fact can be discovered through reason, or simply attributed to the actions of the gods. Ibn Al-Haytham knew better. He was the first scientist in history to insist that everything be proven through a given method for discovering new information – the scientific method.

An example of his independent thinking is his theory of vision. The earlier greats like Pythagoras, Euclid, Ptolemy, etc. believed that some rays are emitted from the eye, which bounce back from the object into the eye, enabling a person to see the object. Al-Haytham rejected this and explained vision as due to rays of light being reflected from the object into the eye. His experiments in dissection enabled him to understand the structure of the eye, and were able to identify and name the lens, cornea and retina. This led him to correct defective vision by the use of eye glasses.

The pin-hole camera, or camera obscurais also his invention. By this he was able to prove that light travels in straight lines.

He completely refuted astrology as a scientific subject. Continuing with his firm belief that scientific ideas needed to be proved, he came to the conclusion that the ideas of astrology were not rooted in any type of science, but in the thoughts and feelings of astrologers. He also noted that astrology directly contradicts one of the main ideas of Islam – that God is the cause of all things, not astronomical bodies.

He had a great influence on Isaac Newton, who was aware of Ibn Al-Haytham’s works. Al-Haytham’s study of the basics of calculus would later lead to the engineering formulae and methods used today. He also wrote about the laws governing the movement of bodies (later known as Newton’s 3 laws of motion) and the attraction between two bodies – gravity. It was not, in fact, the apple that fell from the tree that told Newton about gravity, but the books of Ibn Al-Haytham.

Since he was also trained in the traditional Islamic sciences, he also wrote on how to use empirical methods to disprove a false prophet, and how to use math to calculate the prayer direction towards Makkah.

The range of interests that occupied this scientist’s mind is obvious. In fact, he also researched the effect music therapy can have on humans and animals.

In honour of Ali Al Hasan ibn Al Haytham, UNESCO has declared 2015 the International Year of Light. This will be a celebration of Ibn Al-Haytham's achievements in optics, mathematics and astronomy. An international campaign, created by the 1001 Inventions organisation, titled 1001 Inventions and the World of Ibn Al-Haytham featuring a series of interactive exhibits, workshops and live shows about his work will partner with science centres, science festivals, museums, and educational institutions, as well as digital and social media platforms. The campaign also produced and released the short educational film 1001 Inventions and the World of Ibn Al-Haytham, which is notable for being the final movie role for actor Omar Sharif before his death in July 2015. 1001 Inventions is a founding partner of the International Year of Light.

Ibn Al-Haytham’s approach to learning is summed up in his famous statement: “The duty of the man, who investigates the writings of scientists, if learning the truth is his goal, is to make himself an enemy of all that he reads, and attack it from every side. He should also suspect himself as he performs his critical examination of it, so that he may avoid falling into either prejudice or leniency”.

It was pure serendipity that led me to ‘The First Scientist’. I was reading a wonderful book titled ‘For the Love of Physics’ by Walter Levin. I came across a reference to “The great 11th Century Scientist, Al-Haytham, who is accepted as the ‘Father of Optics’”. I had never heard of this man before, but decided to check him out after finishing the book. Next day, I received ‘Al Jazeera’ in my inbox. This had a 25 minute video about the research by Islamic thinkers contributing to our understanding of optics. This video was almost exclusively about the work of Ibn Al-Haytham. I was hooked.

Ibn Al-Haytham's work has been commemorated by the naming of the Alhazen crater on the moon after him. The asteroid 59239 Alhazen was also named in his honour.

In 2014, the "Hiding in the Light" episode of Cosmos: A Spacetime Odyssey, presented by Neil deGrasse Tyson, focused on the accomplishments of Ibn al-Haytham. He was voiced by Alfred Molina in the episode.

Asif Merchant is an independent thinker, based near Panchgani, Maharashtra, India He writes an occasional column for New Age Islam.