Khwaja Qutbuddin Bakhtiyar Kaki: Spiritual Heads and Their Effects on the Idea of India

1.    ‘Idea of India’ is based on the universality of the mix of religious, cultural and social ethos.

2.    Freedom of religion is a unique identity of India from the ancient days to this modern times.

3.    Khwaja Qutbuddin Bakhtiyar Kaki brought India together by culturally mixing all the religions through the festivals like Phool Walon Ki Sair

4.    Mahatma Gandhi was one of the famous visitors at Dargah of Qutub Sahib asking his favour.

Spiritualism and Its Effect on the Idea of India

‘Idea of India’ is based on the universality of the mix of religious, cultural and social ethos. In other words, India belongs to every religion and its followers who reside here. The religious, cultural and social identity of the citizens of India is the identity of India. India has always welcomed every religion and sects and has created opportunities for them to get mixed in its cultural milieu. Freedom of religion is a unique identity of India from the ancient days to this modern times.

Indian history is full of spiritual teachings of pluralism, brotherhood and cultural mix by religious leaders of almost every faith and religion. India is taken as a spiritual destination for its lessons in spiritualism. India’s 'unity in diversity attracts the world population because it is the soul of Indian secularism that is based on equality, a basic lesson of spiritualism.

The unseen power of spiritualism spread all over the Indian environment is the shield that looks after its boundaries and the citizens, it seems. To date, India faced various kinds of political and social upheavals and came out victorious and stronger than before. Hindu, Muslim, Sikh, Christian, Buddhist and Jain mystics are spread in all the nook and corner of the country. Their spiritual teachings may differ in language and style but the message has been the same – that of love, compassion, truth, honesty and benevolence. Khwaja Qutbuddin Bakhtiyar Kaki (RA) was one such Sufi mystic who was adorned by all the communities alike. 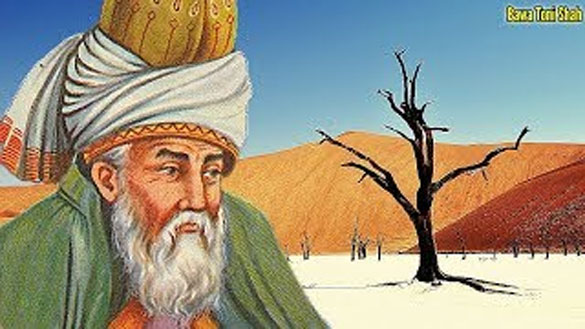 In Osh, Kyrgyzstan was born a child who introduced India to the ethos of religious and social pluralism and helped bring it together culturally mixing the festivals of all the religions through the festivals like Phool Walon Ki Sair (a festival of flower-sellers) in autumn. It has taken the form of annual festivities where people of every religion, caste and creed gather to rejoice. Phool Walon Ki Sair is famous in various countries as an exclusive interfaith festival celebrated in the national capital of India. The name of this modest and poor child is Qutb ul Aqtab Khwaja Sayyid Muhammad Bakhtiyar AlHussaini Qutbuddin Bakhtiar Kaki (Urdu قطب الدین محمد بختیار کاکی). Khwaja Qutbuddin Bakhtiyar Kaki (RA) left for his heavenly abode in 1235 (aged 61–62)  in Dehli, Delhi Sultanate.

The soulful demise of Khwaja Qutbuddin Bakhtiyar Kaki (RA) a Sunni Muslim Sufi mystic, saint and scholar of the Chishti Order left a void in the Sufi world that was filled by none other than Hazrat Baba Farid Ganj Shakar (RA), his student and spiritual successor, adored by Muslims, Sikhs and Hindus of the Punjab Region.

Khwaja Qutbuddin Bakhtiyar Kaki (RA) got his name ‘Kaki’ through an spiritual legendry story of his poverty. Kaki (RA) and his family were so poor that his wife had to sometimes borrow bread from a baker for their livelihood. It is said that he never liked his wife taking credit for livelihood. One day when the baker refused to oblige and discourteously turned his wife away and when this incident came to the notice of Hazrat Kaki (RA) he miraculously created bread (Kaki) to feed his family. He asked his wife to go to a particular corner of his house and take bread from there whenever need. As we know miracles normally disappear once it is told to anyone else. So happened with this miracle also. When for several days Kaki (RA)’s wife did not go to the baker, he thought that Khwaja is angry with him. He got worried and went to his home to know the reason. On pleading to let him know the reason, Kaki (RA)’s wife told him of the miracle. From that day ‘the Kaki’ stopped appearing but Khwaja Qutbuddin Bakhtiyar Kaki (RA) got the title of ‘Kaki’.

Dargah of Qutub Sahib is considered the oldest Dargah in Delhi. This Dargah is visited every day by his inter-religious followers in large numbers to seek his blessings for worldly gains and spiritual awakening. The Urs held at his Dargah adjacent to Zafar Mahal in Mehrauli located in South Delhi still witnesses the followers of every religion and faith asking for his favour by tying a thread near his grave. As the story goes, the wish-seeker has to come back again after his wish is fulfilled and untie the thread he had tied. Countless colourful threads tied near the grave presents an unexplainable scene of the spiritual leaning of the people.

Qutbuddin Bakhtiyar Kaki (RA)’s universal appeal of pluralism, brotherhood and love for the poor and needy opened unknown chapters of Islam that introduced the power of spiritualism, in India. His teachings started a Sufi movement that attracted people of every religion and faith undermining the discrimination of every kind present in the society. 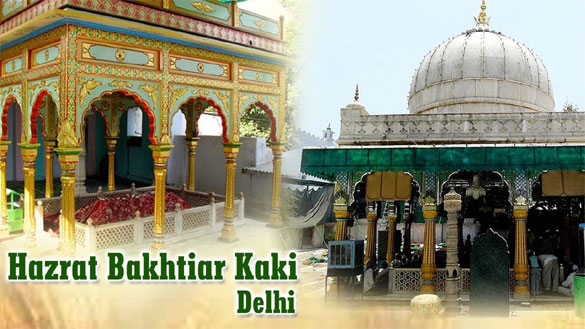 Dargah of Qutub Sahib and Its Famous Visitors

The annual congregation (Urs) held at his Dargah was visited by the rulers of Delhi like Qutbuddin Aibak, Shamshuddin Iltutmish, Sher Shah Suri and Bahadur Shah I in the past. Lodhi dynasty (1451 to 1526) also held Khwaja Qutbuddin Bakhtiyar Kaki (RA) in high esteem as their favourite saint.

Father of the Indian nation, Mahatma Gandhi, popularly known as Bapu also visited the Dargah of Qutub Sahib on 18 January 1948, nine days after he broke his last fast and perhaps asking Khawaja Saheb to bring sanity in Delhi which was burning in the hatred of religiosity.

People of every religion like Hindus, Christians and Sikhs, etc. visit his Dargah almost every day and receive his blessings, like before.  His teachings of respect and love for the human being irrespective of his religious and faith following is not limited to India only rather the whole world preaches and practices it to strengthen its spiritual understanding and power.

Since we all know ignorance is the root of all societal evils and knowledge is its cure, we should consider what Qutub Saheb said on the importance of knowledge:

If people were to understand the importance of Knowledge they leave all other work and seek knowledge. Since Knowledge is like a cloud that rains mercy, one who gets to this cloud is purified of all sins.