Islam develops cohesion in society for the general benefit of the mankind. It promotes strong bonds between parents and the children. It expands relationship to even the wet nurses, serving the infants. If a child is reared and suckled by a woman other than the real mother, she is accorded the status of an additional mother called Umm Riddah (foster mother, or milk mother); her husband is treated as the father of the child, and her children real brothers and sisters prohibiting marriages with them. Thus, a woman who nurses a child (more than five times before the age of two years), becomes mother by milk-relation with special rights under Islamic law. The suckled child is considered as a full sibling to the foster-mother’s other children, and as Mahram to the woman. No other religion accords such a status to the suckling mothers. 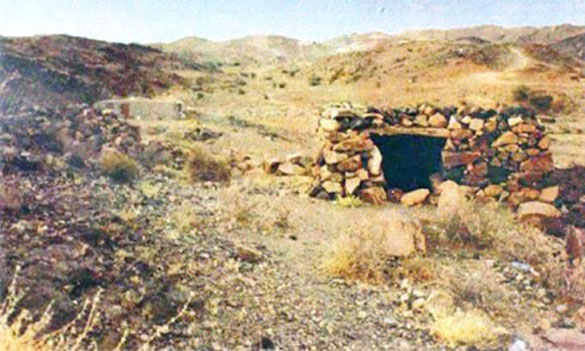 The place where once Halima Saadia’s house existed

When the Holy Prophet (peace be upon him) was still an infant, a group of ladies visited Makkah to take the new born babies to the open desert environment as per custom of the town.

Halima Saadia, from Banu Saad tribe, was that fortunate lady who took Muhammad (peace be upon him), then just an-eight-day-old, for foster care.

The other ladies of the group could get babies of rich families, but Halima opted for this orphan as his father, Abdullah, had died before his birth. Her companions were apparently happy with their findings but nobody knew that Halima was carrying a baby that was to become arguably the greatest personality in human history. He was gifted with blessings from Almighty Allah. And it occurred instantly. Her breast was filled with milk; her mount got strength and ran ahead of the caravan.

When she arrived home her goats gave much more milk for the family. Halima realized it was not just a normal baby, but an angel of blessings.

Halima Saadia was daughter of Abdullah bin Harith and wife of Harith Abu Zowaib. When she brought the blessed child home, she had a daughter named Shaima and her sucking son, Abdullah. Shaima was about five years old and she used to help her mother take care of Mohammed. She would bath him and take him for walks and always embraced him with love. Shaima witnessed a change that happened in her family from poverty to comfort because of the blessing of this child. She used to sing songs about him and say: “Our Lord! Keep Muhammad (peace be upon him) alive for us so that I can see him become an adolescent, then a leader. Suppress his enemies and those who are envious of him, and give him everlasting glory!”

The time of 24 months passed swiftly and the occasion came when young Muhammad (peace be upon him) was to depart from Halima. Shaima was also shocked and very sad to see him go. Halima brought the child back to Makkah but she wept while separating him from her breast. Mother Amina was moved by her love and gave the child back to Halima to be raised in Banu Saad region near Taif. It is said that Muhammad (peace be upon him) returned to Makkah when he was about five years of age. He lived in the loving arms of his real mother Amina only for one more year. She took her to Madinah to show him his parental relations with Bani Najjar and died on her return journey at a place called Abwa.

Muhammad (peace be upon him) later on grew under the care of his grandfather, and then his uncle, Abu Talib. He became a man of dignity, and was called Ameen by everyone. At 25, he married the noble lady Khadija and then the honor of Prophethood was conferred on him. After 13 years of preaching, he migrated to Madinah. Almighty Allah gave him power, and he eventually conquered Makkah in 8AH. Halima once returned to the Holy Prophet (peace be upon him) at Makkah and Khadija gave her 40 sheep as gift. It is said that Halima Saadia once again came to the holy city of Madinah in her last days. She died there and was buried in Jannat ul Baqi. A grave in her name is marked in the blessed cemetery.

During the Battle of Hunain, 6000 war captives were released merely on account of the Prophet being in milk-relation with many of his captives.

It so happened that when the tribe of Hawazen planned an attack on Makkah, it was swiftly defeated with great losses at the Battle of Hunain. There were 6,000 captives, both male and female, with 24,000 camels and 40,000 goats at Jairana, in Muslim hands.

After waiting for few days, the Holy Prophet (peace be upon him) distributed the booty lavishly among both the Muslim and non-Muslim leaders of Makkah.

Later a delegation of 14 Muslims from Banu Saad and Hawazen came to the Holy Prophet (peace be upon him) under Zuhair ibn Surad and Abu Barqan (foster uncle of the Prophet). They pleaded for the release of their captives, in heart touching appeal. They said: “There in those huts among the prisoners are your foster mothers and sisters (referring to Halima Saadia and Shaima); they that have nursed thee and fondled thee in their bosoms. We have known thee a suckling, a weaning child, youth generous and noble. And now thou hast risen to this dignity, be gracious unto us, even as the Lord hath been gracious unto thee.”

The Holy Prophet (peace be upon him) was so moved with these words that he arranged for the release of all the 6,000 prisoners, and every one of them was given a shawl as a gift which was unprecedented in the history of tribal wars. This gesture won the hearts of the people and they embraced Islam in thousands. Thus was the benevolence of Halima Saadia and her daughter Shaima bint Harith for their native tribe.

Abu Tariq Hijazi is the author of several books on Islam.