The World Association for al-Azhar Graduates 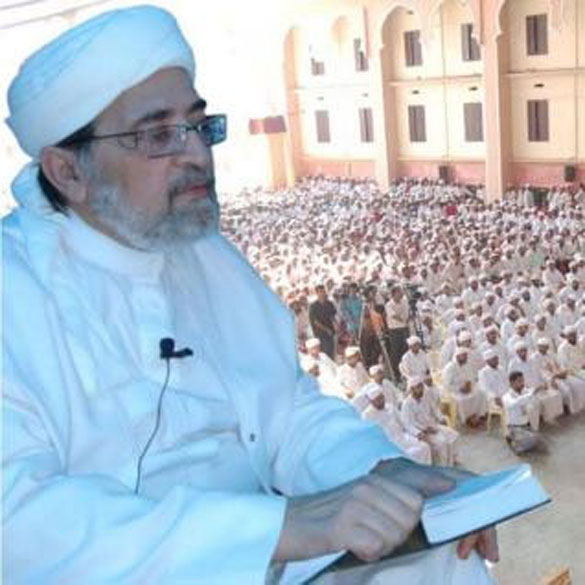 Prof. Omar Abdullah Kamel confirmed that Kharijites are characterized by certain qualities, such as challenging those who disagree with them, deceiving them and declaring them as infidels. The evidence for this was manifested when the Kharijites challenged and insulted the Prophet (pbuh) for his distribution of spoils. They also declared the Emirs of the Believers Uthman ibn Affan and Ali ibn Abi Talib; the two arbiters: Abu Musa al-Ashari and Amr ibn al-Aas; and the companions of the Camel, all as infidels. They mistrusted the Prophet (pbuh) with regard to distribution of spoils, because they did not understand his exalted intention and lacked insight and sound judgment. Another characteristic is their extremity and exaggeration in worship without a solid jurisprudence: "Such that anyone of you would regard his own prayer as insignificant when compared to theirs". Furthermore, they were severe and harsh when they treated the true Muslims:  "They would kill the Muslims and would spare the idol-worshippers". They were characterized also by lack of knowledge, since they were not taught by the Companions "They would recite the Quran but it would not go beyond their throat". Moreover, they were young and had no experience "Young people of foolish minds".

Kamel pointed out that the Prophet (pbuh) is the best one who would tell us about their traits. Such traits clarify the features of exaggeration and extremity of the Kharijites and the reasons. The knowledge of these traits will protect Muslims from acquiring them, especially because Kharijites will not cease to exist until the end of time, as the Prophet (pbuh) told us.

Hereinafter are the traits of Kharijites as mentioned in prophetic Hadiths:

First, Challenging the Knowledgeable and Deception

The most distinctive traits of Kharijites are challenging and deceiving the Imams of guidance. This was highly demonstrated when Dhul Khawaisira said, "O Allah's Messenger! Act justly." He considered himself more devout than the Prophet (pbuh) and judged Him wrongly, when he accused Him of injustice and not seeking equity in distribution of spoils.

This trait was clarified when Dhul Khawaisira mistrusted the Prophet (pbuh). He said, "This division is not based on justice and it was not intended to win the pleasure of Allah."  Doubting the good intentions of the Prophet, the ignorant Dhul Khawaisira did not trust the Prophet (pbuh), as the prophet gave the wealthy people and did not give the poor. A true Muslim must observe himself, examine his motives and objectives and be careful with the bait of Satan, since he makes the evil act alluring. Had Dhul Khawaisira had some relic of knowledge or the smallest bit of understanding, he would not have fallen into this fault.

Muslim scholars explained the behaviour of the Prophet (pbuh) in this situation to clarify His greatness and wisdom in dealing with such issues. Ibn Taymiyya said: "When it was the day of the battle of Hunain, the Prophet distributed the war booty amongst the People of Najd and the Tulaqa from Quraish such as Ouyiana ibn Hessn and did not give anything to the Muhajireen and the Ansar. He did so to bring Muslims' hearts together and unite them; it was a public interest for Muslims. If bestowment was given for needfulness, the Prophet would not give those wealthy people, but he gave them for the public interest.

Kharijites were famous for exaggeration in worship, fasting and praying. They were known by "reciters", because of their diligence in recitation and worship. They interpreted the Quran according to their purposes and whims. Moreover, they were obstinate and extravagant in asceticism and submissiveness.

This situation denotes their keenness on Dhikr (remembrance of Allah) in all conditions. They also believe that verbal Dhikr is better than one recited in the heart. However, they did not benefit from this religious act. If Islamic acts of worship do not reflect on ethics and dealings with others, it becomes like a body without a spirit and a tree without fruit. Acts of worship are prescribed for this purpose as Allah almighty says "and perform the prayer; prayer forbids indecency and dishonour" [Q. 29:45]. He also says in this regard "O ye who believe! Fasting is prescribed to you as it was prescribed to those before you, that ye may (learn) self-restraint" [Q. 2: 183]

Kharijites are known for their harshness, cruelty and violence against Muslims. They did not observe the sanctity of blood, money or honour. In contrast, they did not harm pagans and left them. Prophet Muhammad (pbuh) said in this regard "They would kill Muslims and spare idol-worshippers".

This demonstrates that Kharijites did not benefit from reciting the Quran or Dhikr as it did not reflect on their dealings with others, although Allah almighty says "Muhammad is the messenger of Allah. And those with him are hard against the disbelievers and merciful among themselves" [Q. 48:29].

Kharijites are also known for their limited understanding of the Holy Quran and the Prophetic Sunnah.

Prophet Muhammad (pbuh) pointed to this as he said: "Soon there will appear disagreement and dissension in my people; there will be people who will be good in speech and bad in work. They recite the Quran, but it does not pass their collar-bones. They will swerve from the religion as an animal goes through the animal shot at. They will not return to it till the arrow comes back to its notch. They are worst of the people and animals".

This means that they recite the Holy Quran a lot; however it does not reach their hearts as they did not ponder on its meanings.

Moreover, limited understanding had its impact on the Islamic Ummah as disagreement, dissension and oppression emerged as a result of Kharijites declaring fellow Muslims and others embracing different religions as infidels.

This is logical as being young in age is related to having little experience, limited knowledge and superficial view of matters. When all the above mentioned is accompanied with enthusiasm of the youth, Ghulu (exaggeration in religious matters) and extremism prevail in societies.