British award-winning writer Karen Armstrong gave an interesting interview to discuss her views on Islam, the Quran, and religion-related topic. 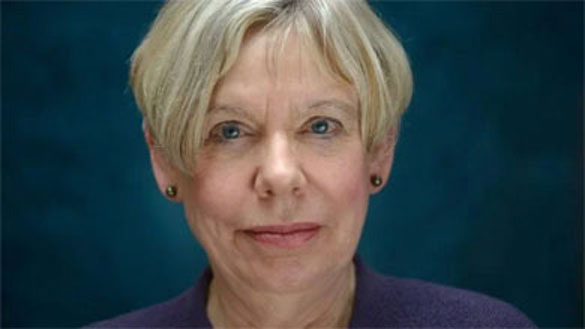 The interview, which appeared earlier this week in El Mundo, highlights how the writer-activist’s belief that Islam is subject to constant criticism and stereotypes because it is a powerful religion.

When asked why “Islamic terrorism” continues to ignite “holy war in the name of Qur’an,” the writer said that the Muslim holy book is not about jihad.

For Armstrong, the Quran is about “building an equal society. Religion is used as a tool to justify terrorism.”

She said that Quran verses about jihad were never taken into account by religious leaders during the first 400 years of Islamic civilization.

“But 400 years after the death of [Muhammad] the prophet, when they were attacked by the East and West, by the Mongols and the Crusaders, the leaders invoked [the verses] them to encourage people to fight. Many opposed but it was that or extinction,” she said.

The writer described Islam as the US.

“Today, people hate the United States because it is a great world power. We tend to hate the things we see in ourselves,” the author said.

The former Roman Catholic religious sister dedicated most of her writings on comparative religion.

The 75-year old former nun first wrote about Islam when she published Muhammad, A Biography of the Prophet,” in 1991, according to the Guardian.

The writer appreciated how the Muslim community, both in the UK and in America “took her seriously as a thinker and theologian rather than as ‘an ex-nun who wrote rather provocative books,’” the Guardian said.

During her interview with El Mundo, the writer contested the stereotypes against the Quran and how it is often depicted as being against equality between men and women.

She said that the Quran is more feminist than “what we think.”

She also blamed European colonialism and criticized how Muslims are treated in some countries, including in France.

“In France, Muslims have been treated in a horrible way and they are often talked about as if they were garbage. We still adopt racist attitudes towards Muslims,” Armstrong said.

Speaking about how Hijabi (veiled) women get Islamophobic comments in the west, the author said people should let women wear “whatever they want.”

“In the West we adopt an attitude of superiority and arrogance,” she said.