Taslima Nasreen who has been living in exile because of her anti-Islam statements is again in the thick of a controversy because of her vulgar remarks made recently. She has not studied Islam, the Quran and the Islamic history seriously and so most of her knowledge about Islam is based on the Western and Zionist propaganda. Her vulgar and immoral advice she has given to Muslim women is also based on her ignorance. She has advised Muslim women to establish sexual relationship with 72 men because they would not meet them in heaven. Her advice hints at the Hadiths that say that in heaven, Muslim men will get 72 houris. Taslima has accused Islam and the Quran of being partial against women earlier as well. 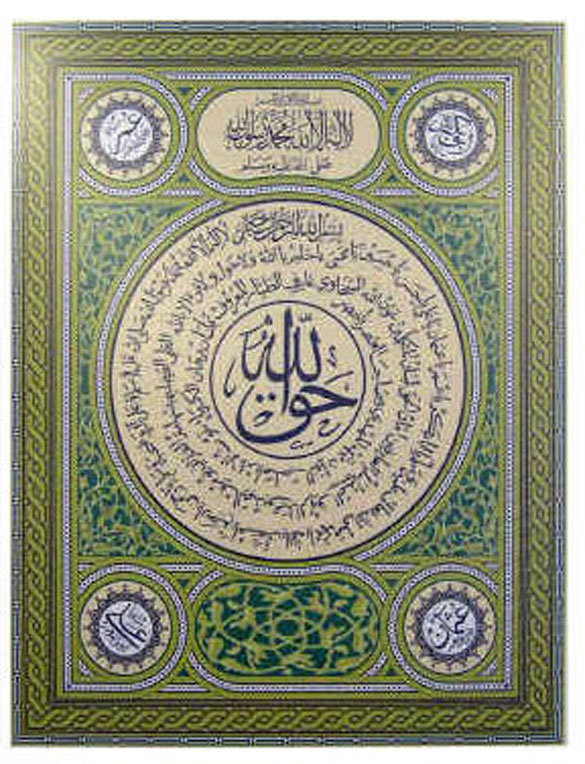 There are some Hadiths that speak of 72 houris for martyrs of Islam in the heaven. Similarly there are other Hadiths that speak of two houris for pious men. But the Hadiths that speak of 72 houris are used by the detractors of Islam to vilify it. They try to create the impression that Muslims do good deeds in the world only to get 72 houris in the heaven and so are ever ready to die or take the life of others for houris. It is said that while giving mental and physical training to the would be terrorists and suicide bombers, the Pakistan based terrorist organisations convince them into believing that they are not terrorists but the holy warriors  ready to sacrifice their lives to protect Islam for which they would be rewarded with 72 houris in the heaven.  Therefore, these gullible youth throw themselves into the fire of hell in the hope of meeting 72 houris. This myth has been so widely circulated in anti-Islam circles that it has become a means of vilifying Islam. The truth is that Muslims faced all the opposition and sufferings for establishing the system based on truth, demolishing idolatry, shirk and all the social, economic and ethical vices in the world. In return, God promised unlimited bounties for them in the heaven.

The Quran nowhere mentions a specific number of houris for a Muslim man. The Quran assures pious and righteous men and women of heaven and simultaneously warns sinner men and women of the fire of hell and in doing so it does not specify gender. Every man or woman who leads his life on the path assigned by God and his prophet will go to heaven where they will be blessed with unlimited bounties and luxuries while the men and women who indulge in idol worship or shirk and sins will be doomed to go to hell where they will live forever. The Quran narrates the story of the son of Prophet Noah who was washed away along with his nation by the floods as he was among the non-believers who earned the wrath of God. God did not even heed the prayer of Noah in favour of his son. Similarly, the Prophet Louth’s wife who was among the sinners of his nation was destroyed along with them. Similarly, Abu Lahab and his wife Umme Jamil who tortured the holy Prophet (PBUH) and his followers are doomed to go to hell.  On the contrary, Hadhrat Fatima (R.A.) and Hadhrat Ali (R.A.) will be the heads of the women and men in the heaven respectively. Therefore, the Quran and Hadith testify to the fact that heaven will be populated by both righteous men and women while the hell will be fed with evil men and women.

Indeed God has promised fair complexioned doe-eyed houris for the righteous men but this will not be the only bounty for them in the heaven but one of the countless bounties and gifts that God will bestow on them as a reward for their good deed on earth since men and women are incomplete without each other. A man cannot be complete without a woman despite all the measure of physical bounties and luxuries. In the same way a woman cannot be complete without a woman despite all the bounties in her possession.  And in the heaven, all the bounties will be at their disposal endlessly as the life in the heaven will be infinite. To God the place of martyrs of Islam is the highest among the believers and the hadiths that speak of 72 houris for martyrs are for a glorified group of the dearest slaves of God whereas the Quran speaks of bounties for general Muslims. That’s why it does not mention a number of houris for men. Men and women have different status in relation to their degree of piety, sacrifices and virtues and they will get their place in the heaven according to their devotion.

Now, let’s come to the second point. Taslima and other detractors of Islam spread the propaganda that the Quran mentions houris for men but do not mention virgin men for women. It is wrong. As the Quran mentions houris, that is, extremely beautiful virgin women for men, it also mentions handsome virgin boys for the blessed women in heaven. Following is the verse about the houris:

“And fair complexioned women with wide eyes like hidden pearls, reward for the deeds they did.” (Al Waqiah: 22-24)

Another verse discusses the bounties of heaven in the following words:

“Those who fear are in the gardens and amidst bounties, enjoying fruits that have been given to them by God and saved them from hell, eat and drink to the heart’s content, reward for your deeds, sitting in a row on thrones with pillows, married to wide-eyed  houris “ (Al Toor: 17-20)

In other words, as there would be all the means of comfort and luxury and fruits and the best quality of drinks for men in the heaven, there would also be doe-eyed women like hidden pearls.

Similarly, there will be young boys in the heaven spread everywhere. They will also look like pearls in their shells.

“And immortal young boys move around them, when you look at them it seems as if they are pearls scattered all over “ ( Al Dahr: 19)

Another verse of the same meaning is as follows:

“And there will go round boy-servants (Ghilman) of theirs, to serve them as if they were preserved pearls. “ (Al Toor: 24)

In the verse quoted above, ‘boy-servants (Ghilman) of theirs’ means boys meant for them. Another important point to be noted is that that the Quran uses two different words for the young boys in the heaven. In the Surah Waqiah (17-18) and Surah Al Dahr (19) they are referred to as Wildan while in Surah Al Toor (24) they have been called Ghilman. Does it mean that the young men in the heaven will be under two catergories? About Ghilman, the Quran says that they will be like pearls covered and protected in their shells in the same way as the houris are described as hidden pearls. The exegetes are of the opinion that by saying that houris will be like hidden pearls the Quran means that they will be virgins not consummated by men before. On the same lines, we can infer that Ghilman who also have been described as pearls in their shells will be virgins not consummated by women before.  ‘Boys of theirs” also hints at that.  In other words, Ghilman means the young men who will be specifically meant for women and Wildan will be the boys who will serve as attendants to men and women, serving them the holy drink called Sharab-e-Tahoora:

So, if the explanations and arguments presented in the preceding lines demolish her misconception, Taslima Nasrin can repent and come back to the fold of Islam. If she leads the life of a good Muslim, she can rest assured that she will get more than 72 young men (all virgins) in the heaven who will be always at her ‘service’ with the finest quality of wine to serve her before the actual ‘party’. She can live with them happily ever after.