The Word, Kafir, Has Benighted Interfaith Relations Worldwide; Imperative, Therefore, To Know Who Is Kafir In Islam

‘Kafir’ has been a contentious word. It has benighted Hindu-Muslim relations in India, and interfaith relations worldwide. It has injured the Hindu psyche and made them resent it as a slur. The sad part is that Muslims continue to consider it a descriptor for non-Muslims. They express surprise that the Hindus take offence at it. Their inability to acknowledge the hurt is an aspect of the consciousness and othering not only non-Muslims but also Muslims who differ in creedal details with one’s own doctrines. 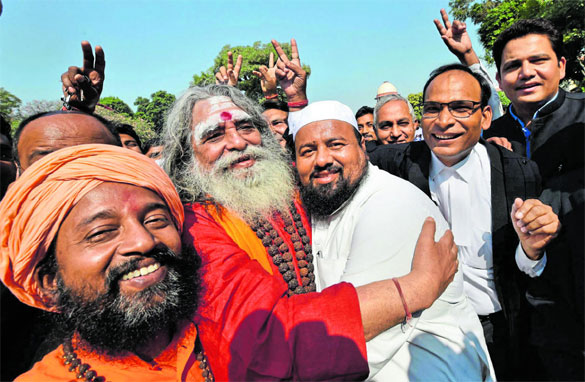 Such a political usage makes it imperative to examine the word and its meanings in the basic text of Islam, the Quran. The root verb of the participial noun kafir (and of the infinitive noun kufr) is the trilateral K F R (Kafara), “s/he covered (a thing)”. Thus, the Quran calls a farmer a kafir (chapter 57: verse 20) as he covers the sown seed with earth. This meaning of covering extended, by a semantic quirk, to concealing a manifest truth by going against one’s convictions. Another meaning of kafir is an ingrate. Thus, the Quran shows the Pharaoh calling Moses, whom he had brought up, an ingrate for challenging his authority (26:18-19). 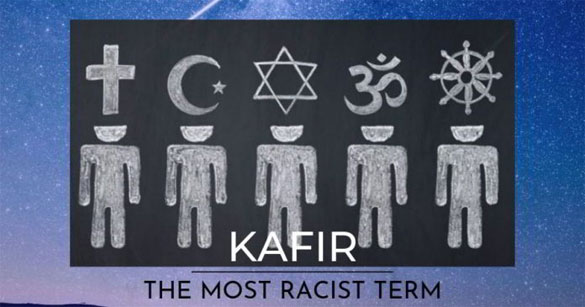 The word Kafir is inducing many Muslims to, not integrate themselves with other non-Muslims.

Beside these two meanings, the Quran identifies as kufr some traits and behaviours such as niggardliness (4:37, et al), exorbitant usury (3:130), vulgar display of charity (2:264), using religion for material gains (5:44) and haughtiness (2:34), etc. These characteristics of kufr are universal regardless of faith and community. However, being an ingrate or parsimonious or usurious doesn’t make one a kafir.

Who Is A Kafir In The Quran? (Part 2): Muslim– Non-Muslim Relationship

Who Is A Kafir In The Quran? (Part 3): Why Kufr Is A Relative Concept While Shirk, Idol Worship Etc. Have Fixed Meanings

Who is a Kafir in the Quran? (Part 4) Defining Kufr

Who is a Muslim in the Quran?

So, what does? Persecution! Not the unbelief because of the lack of conviction, but peremptory rejection and ridicule of the principles of faith; open and active hostility against a people for their belief; attempt to stop them from practicing their religion; driving them out of their homes, and waging war against them (2:190, 217; 47:1, et al).

It has nothing to do with the absence of belief in the Islamic doctrine of divinity and prophecy. No verse of the Quran identifies people of other religions as Kafirs. Kafir is not an antonym of Muslim. Islam could co-exist with other religions without othering all. A non-Muslim could be spared an opprobrious appellation, and could be recognised by her self-determined identity. A non-Hindu, a non-Christian, a non-Sikh, a non-Buddhist or a non-Jain is not the antagonistic ‘other’ to the respective religions. Likewise, a non-Muslim is not the hostile ‘other’ to Islam. He is not a kafir.

The Quran mentions Momins (believers), Fasiqs (wrongdoers) and Kafirs (rejectionist persecutors) among all the ‘People of the Scripture’, i.e., all the organised religions (3:110-15). These categories are present in the Muslim community, too. Every Muslim is not a believer (49:14). To say that there are wrongdoers galore among them, one only has to look around. As for the Kafirs among Muslims, a cursory glance at the mutually recriminating fatwas would make the point beyond refutation.

The Quran does not classify any community or individual as kafir on the ground that they don’t believe in the religion of Muslims. Only such individuals, or groups, have been thus designated who to any major organised and recognised religion known to the Arabs of that time. He subscribed to the local tradition which, on a poor analogy, is called paganism. Its practitioner is called a Mushrik by the Quran since they ascribed divinity to other beings beside Allah, which impinged on the unicity of God. Mushrik is wrongly translated as ‘polytheist’ or ‘idolater’. The most approximate rendering would be ‘associationist’, since he associated partners with God. Despite its being a cardinal sin, the Quran does not describe every Mushrik a kafir, as is evident from verses 1 and 6 of chapter 98, wherein there is a severe castigation of the Kafirs among the People of the Book and the Mushriks. Contrary to the conventional understanding which considers Mushrik a synonym of kafir, Mushriks were just non-Muslims.

If a person does not become a kafir for just not being a Muslim, designating the Hindu as kafir was based on bad deduction and flawed interpretation, which insinuated imperial hubris in making sense of the society which the early Muslims in India were interacting with. Hindus had an organised and recognised religion based on scriptures. It made them a People of the Book. Based on this rationale, Jizya was imposed on them, and men from the Muslim royalty married into them.

Insofar as a kafir is someone who actively falsifies and denounces Islam, persecutes its followers and stops them from practicing their religion, it has been absolutely absurd to call the Hindus kafir as they never denounced Islam or stopped Muslims from practicing their religion. Hindus and Muslims have sporadically fought each other, both at the upper political and the lower social levels. But, in these fights, the religious issue was brought in from only one side, as the Hindus have been least interested in what the Muslims believed in or not, whereas the Muslims have always been stressed about the faith of the Hindus.

Therefore, given the unsavoury history of the word kafir and its offensive usage as a slur, it would be a right step in the direction of interfaith harmony to eliminate its usage from contemporary discourse.

South Africa has proscribed the use of the word ‘Kafir’ — a pejorative bequeathed from the times when Arab Muslims used to capture Africans to trade in slavery because they were both black and kafir.

NajmulHoda is an IPS officer

Who Is A Kafir In The Quran? (Part 2): Muslim– Non-Muslim Relationship

Who Is A Kafir In The Quran? (Part 3): Why Kufr Is A Relative Concept While Shirk, Idol Worship Etc. Have Fixed Meanings

Who is a Kafir in the Quran? (Part 4) Defining Kufr

Who is a Muslim in the Quran?

Original Headline: Who is a Kafir?