RABIUL-Awwal is the most significant month in the Islamic history, because humanity has been blessed in this month by the birth of the Holy Prophet (PBUH). Before the birth of the Holy Prophet (PBUH) not only the Arabian peninsula, but also the so-called civilised nations of Rome and Persia were drowned in the darkness of ignorance, superstitions, oppression and unrest. The Holy Prophet (PBUH) came with the eternal truth of Tauheed (Oneness of Allah), the only faith that provides a firm basis for the real concepts of knowledge, equity and peace. It was this faith, which delivered humanity from ignorance and superstitions and spread the light of true knowledge all over the world. 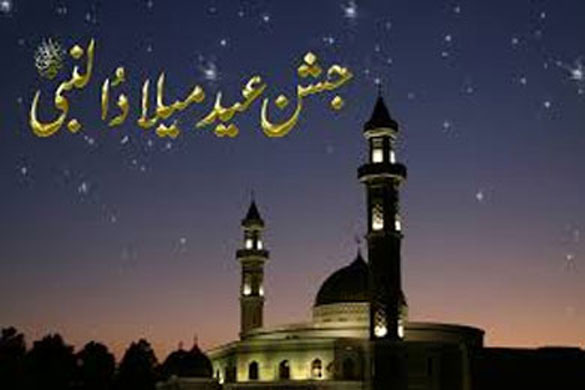 Thus the birth of the Holy Prophet (PBUH) was the most significant and the most remarkable event in human history. Had there been room in Islamic teachings for the celebration of birthdays or anniversaries, the birthday of the Holy Prophet (PBUH) would have undoubtedly deserved it more than the birthday of any other person. But that is against the nature of Islamic teachings. That is why, unlike Judaism, Christianity, and Hinduism, there are very few festivals in Islam, which provides for only two Eids (Eid ul-Fitr and Eid ul-Azha) during the whole year. The dates of these two Eids do not correspond to the birthday of any of the outstanding persons of Islamic history, nor can their origin be attributed to any particular event of history that had happened in these dates.

Both of these two Eids have been prescribed for paying gratitude to Allah on some happy events that take place every year. The first event is the completion of the fasts of Ramazan and the second event is the completion of Hajj, another form of worship regarded as one of the five pillars of Islam. The manner prescribed for the celebration of these two Eids (festivals) is also different from non-Islamic festivals. There are no formal processions, illumination or other activities showing formal happiness. On the contrary, there are congregational prayers and informal mutual visits to each other, which can give real happiness instead of its symbols only. On the other hand, Islam has not prescribed any festival for the birthday of any person, however great or significant he may be. The prophets of Allah are the persons of the highest status amongst all human beings. But the Holy Prophet (PBUH) or his noble companions never observed the birthday or anniversary of any of them. Even the birthday of the Holy Prophet (PBUH) which was the happiest day for the whole mankind, was never celebrated by the Holy Prophet (PBUH) himself, nor by his blessed Companions.

The Companions of the Holy Prophet (PBUH) remained alive after him for about a century, but despite their unparalleled and profound love towards the Holy Prophet (PBUH), they never celebrated the birthday or the death anniversary of Holy Prophet (PBUH). Instead, they devoted their lives for promoting the cause of Islam, for bringing his teachings into practice, for conveying his message to the four corners of the world and for establishing the Islamic order in every walk of life. The reason for abstinence from such celebrations is that they divert the attention of people from the real teachings of Islam towards the observance of some formal activities only. Initially, these celebrations may begin with utmost piety and with a bona fide intention to pay homage to a pious person. Yet, the experience shows that the celebration is ultimately mixed up with an element of merrymaking and rejoicing and is generally confused with secular festivals and often sinful activities creep into it gradually.

What is really important with regard to the Holy Prophet (PBUH) is, first, to follow his teachings, and second to make his pious Seerat available to every Muslim, to preserve it in the hearts of the Muslims from the very childhood, to educate the family members to run their lives according to it and to hold it as the most glorious example of the human conduct the universe has ever witnessed — and all this with utmost love and reverence, not manifested by some formal activities only, but also through actual behaviour of following the Sunnah. This cannot be done by merely holding processions and illuminating the walls. This requires constant and consistent efforts and a meaningful programme of education and training.